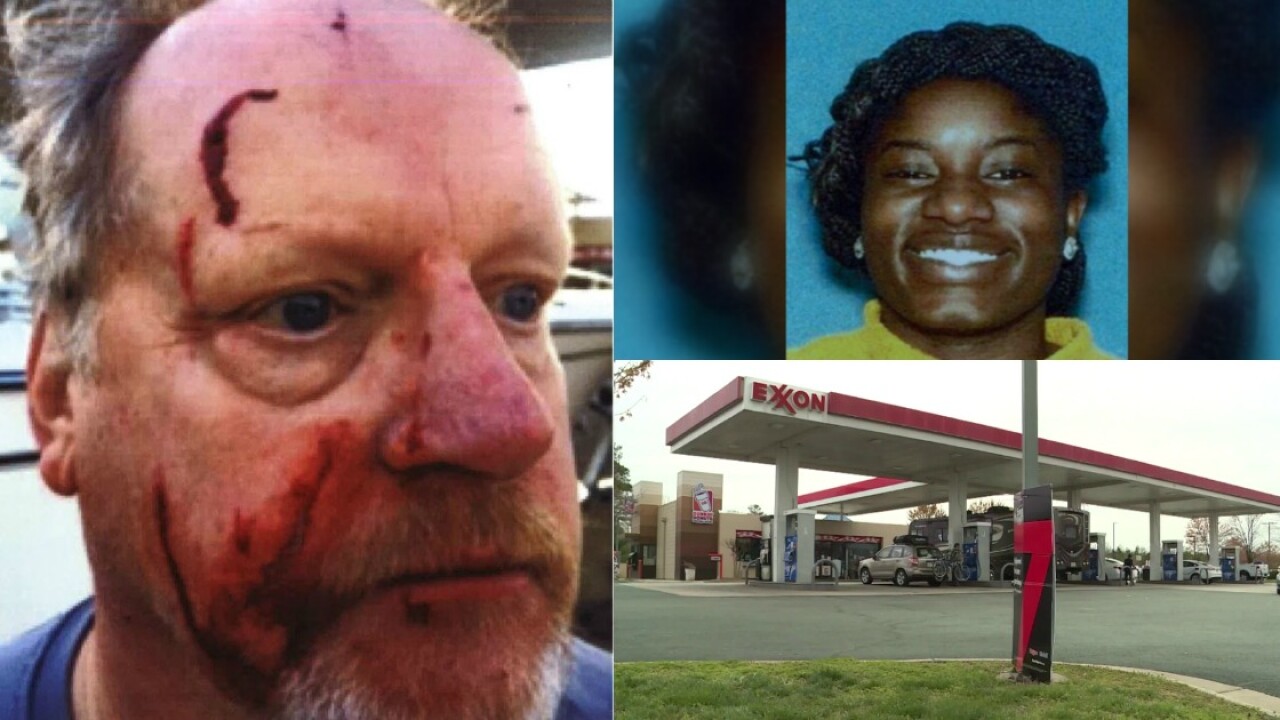 CAROLINE COUNTY, Va. – New Jersey officers arrested a suspect in a malicious wounding case at a Central Virginia gas station off Interstate 95 that left one man bloodied, and his boat and Porsche damaged.

Members of the Essex County, N.J. Sheriff’s Office, Fugitive Unit, arrested 26-year-old Angela Jones Wednesday in connection with the April 1 assault at the Carmel Church Exxon station located on Route 207, near I-95, in Caroline County.

Witnesses described seeing who they believed to be Jones, use a hammer to inflict damage to a 2016 Porsche S.U.V. and a boat being towed by the S.U.V. in the parking lot of the Exxon station.

Jones, according to officials, attacked the owner of the S.U.V. and the boat while allegedly referring to him as “rich” and “white.”

Surveillance footage from the Exxon station and eye-witness accounts led to the quick identification of Jones by Caroline Deputy, A. Garthaffner, who obtained her arrest warrants.

Police in Newark said they were stunned by news of the alleged crime.

“We are kind of disappointed here,” said Essex County (NJ) Sheriff Armando Fontoura. “We’re a tolerant town.  But this is nonsense."

"She actually took a hammer and she hit his vehicle and the boat," Caroline County Sheriff Tony Lippa said. "She actually clawed him. He took her down to the ground to prevent her from doing any more damage."

"There were some racial slurs directed at her, at which time the accused spit in her face," Sheriff Lippa said. "According to the victim, there were racial slurs that were yelled at her before she spit at her and that’s what we’re looking into as far as it being a hate crime."

Jones will face charges of malicious wounding, assault, and destruction of property.