An elevated section of northbound Interstate 85, a major north-south artery for the Southeast, collapsed Thursday evening in Atlanta after a massive fire, officials said.

All five lanes of the highway in each direction were blocked and will be closed for the foreseeable future, officials said.

That prospect sent shudders through metro Atlanta commuters, who already contend with heavy traffic. An estimated 250,000 vehicles drive daily through that stretch of I-85, according to the Georgia Department of Transportation. 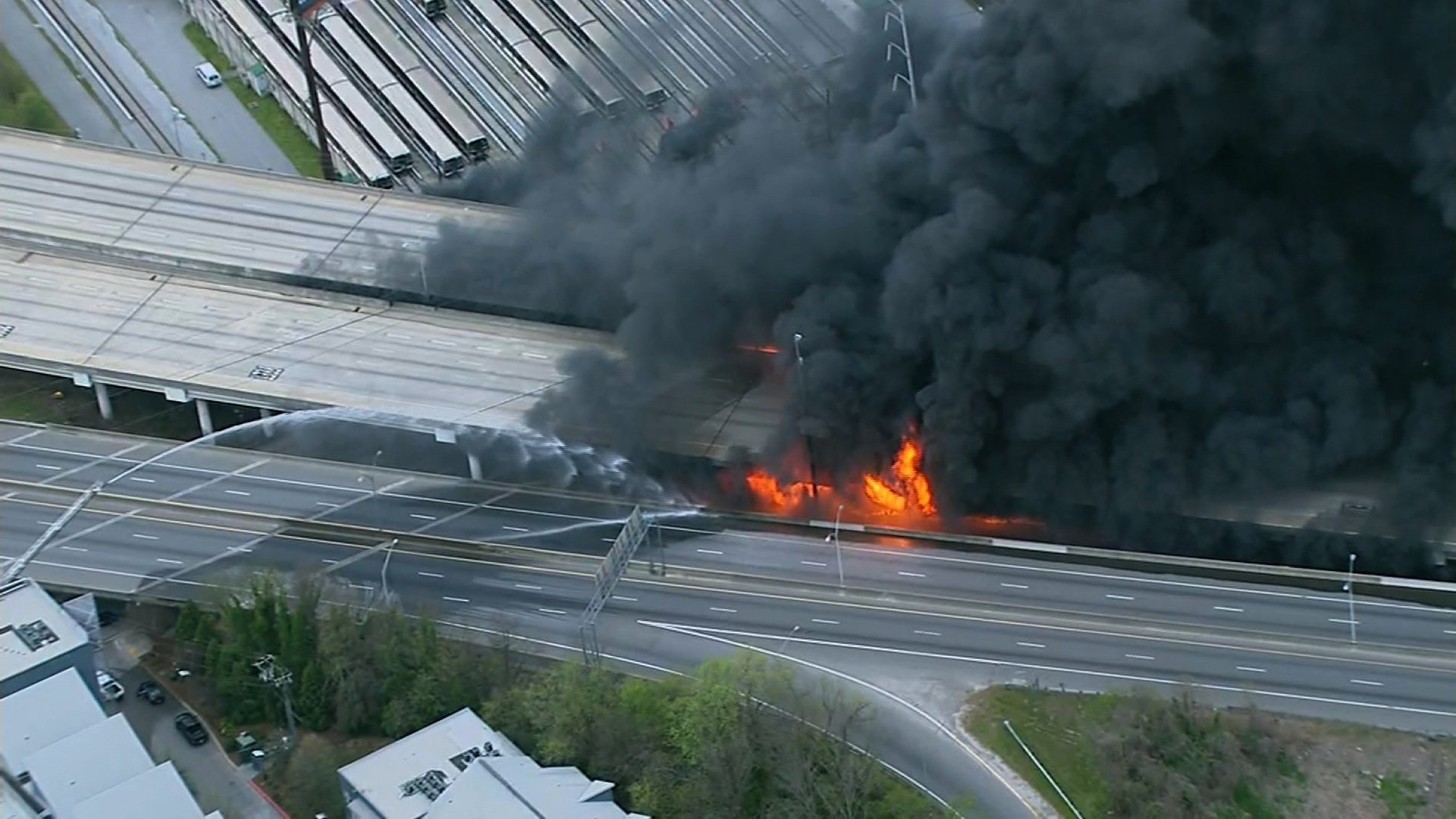 The elevated span of highway — a few miles north of downtown — collapsed about 7 p.m. as crews battled the fire. No injuries were reported. It’s unclear what caused the fire, the Atlanta Fire Department said.

In an unusual move, two fire trucks from Hartsfield-Jackson Atlanta International Airport in south Atlanta came to the scene and sprayed foam on the fallen section and flames.

Interstate traffic was stopped and turned around, creating jams that extended 5 miles or more, not long by Atlanta standards, but many drivers were stuck in the area for hours.

Georgia Department of Transportation spokesperson Natalie Dale told CNN, “Given the collapse on the northbound side, I cannot fathom the southbound will be open anytime soon.”

Dale said inspectors were waiting for chance to inspect the freeway. Transportation authorities are trying to put together a traffic plan, a detour plan for commuters.

“We will be up all night and into the morning,” says Dale. A state highway runs next to the section of the interstate, but it is just two lanes.

“It’s going to take some time to get it repaired and to get it back in service,” he said, without offering a time frame for reopening.

The fire occurred near the city’s busy Piedmont Road and just south of Georgia 400, a major route to and from the northern Atlanta suburbs.

CNN’s Eliott C. McLaughlin was driving north on I-85 during evening rush hour when he saw black smoke rising from underneath the elevated highway.

Cars getting off at an exit for 400 started slowing more quickly than a normal rate and some cars pulled off onto the shoulder.

But many cars on the left side of the five-lane section barreled through the thick black smoke. They disappeared into the darkness as they drove on, he said.

McLaughlin slowly followed the taillights of an SUV through the smoke. After about 50 yards, McLaughlin could see clearly again. It smelled like an engine fire, he said.

The smoke blew over a nearby shopping center and had a pungent smell of fuel, CNN’s Joe Sutton said.