HANOVER COUNTY, Va. -- Good things may come to those who wait, but Don Parthree lost hope long ago.

After all, 25 years feels like an eternity, especially when you have been looking for something so priceless -- without success.

But on this day his luck would change.

"It is great I never thought I would be doing this," Don said. "I still can’t believe it."

The 79-year-old man from Maryland is about to have a reunion of sorts with the most important man in his life.

This story actually begins in a dumpster in the Northern Neck.

Something would catch Roger Briney's eye sticking out of a pile of trash.

An old wooden footlocker filled with mementos and an American flag.

"As I lifted the lid up the guy at the dumpster started to crush the pile," Briney said.

The veteran jumped in and pulled out the footlocker which contained an American flag.

"I was mad as heck because someone threw away the flag," Briney said.

"My curiosity got the best of me. As far as we know the footlocker has not been opened since 1966," Gaulding said.

Walker agreed to take the footlocker with a lifetime of memories inside.

Among the items they found inside were flight instruments, hats, cigarette lighters, letters, and photos. Lots and lots of photos.

Walker said the piles of pictures, passports, and mounds of mementos painted a crisp image of Parthree.

"You can interpret so much of this guy’s life because you have got so much of it," Walker said. "Yeah. It is kind of like you know the guy."

He flew troops and supplies into battle during World War II and was a test pilot.

Parthree flew experimental aircraft like the Wingless Wonder in 1942. He even flew grateful world leaders, like the King of Belgium, around the globe.

Parthree was on the tarmac at Andrews Air Force Base when the President Kennedy’s body was returned from Dallas. 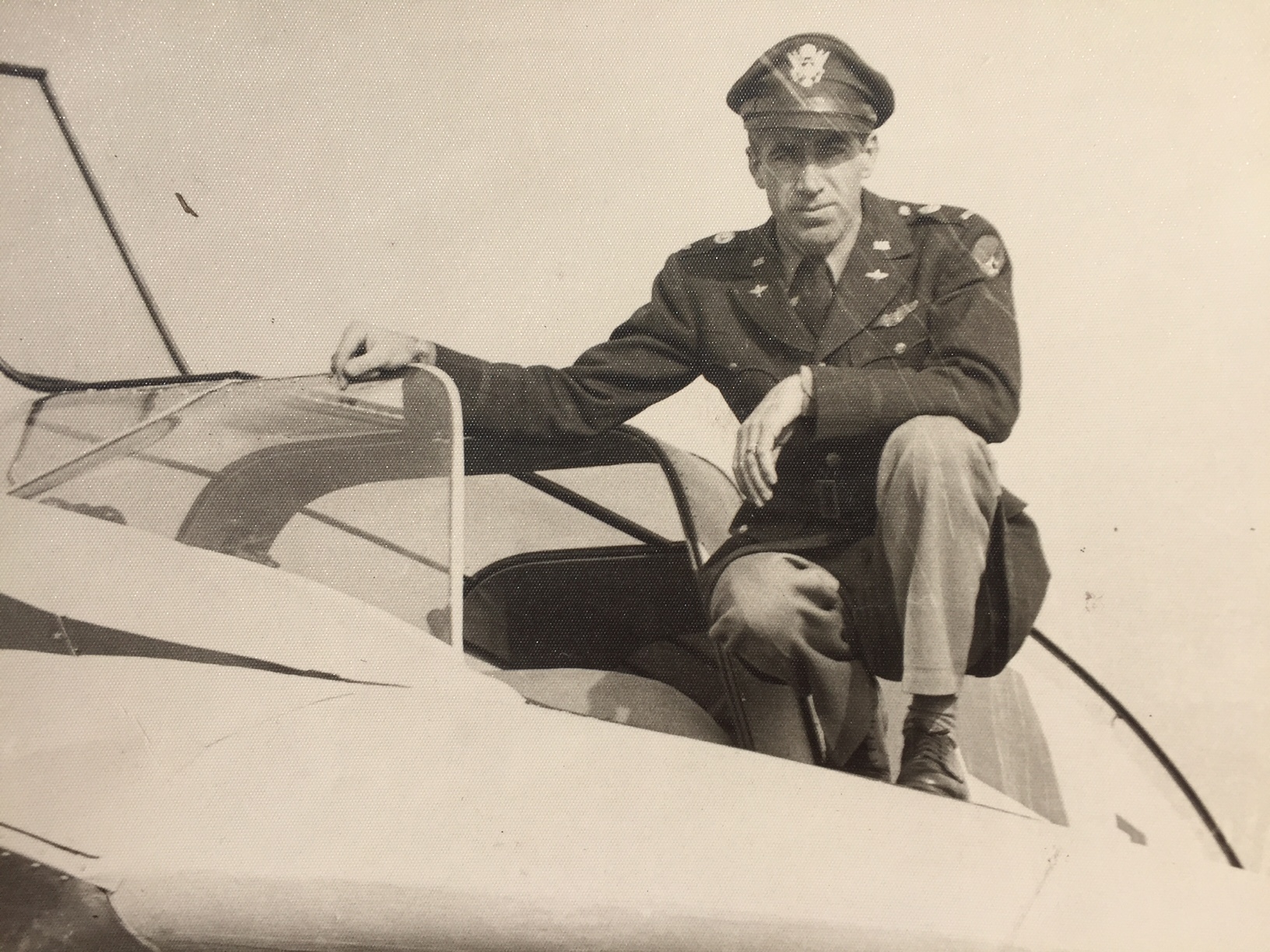 For Walker, the locker’s contents were more than just American history, but someone’s family history. But whose?

"I couldn’t believe that this guy’s entire life ended up in this box," Mulvena said. "I didn't get too much sleep that night. I made it my mission that night."

Mulvena would hit Parthree pay dirt the next day. Parthree’s survivors were tracked down in Maryland. They were eager to reclaim their history.

Cindy Blass, Colonel Parthree’s granddaughter, was a small girl when her grandfather died in 1966.

Cindy said her father always wondered what became of his father’s locker.

"The footlocker seemed to just disappear," Cindy said. "It is something my father always asked about because his dad’s flag was in it."

A few days ago, Don Parthree left his assisted living facility in La Plata, Maryland with his family. He wanted to see the footlocker in person. Don Parthree’s endless search for his dad’s belongings was about to come to an end.

In Walker Gaulding’s barn, Don Parthree would stop, catch his breath and hang his head when he laid eyes on the footlocker.

An emotional son was finally opening a once lost chapter of his life. For the 79-year-old this reunion is almost too much to bear.

"If you needed anything he would do anything for you," Don Parthree said. "He was a great pilot. The best."

Tears flowed as Don rummaged through the items.

Don said he thought the locker, which was in his sister’s possession, was simply tossed after her passing.

Don said he was eternally grateful for the generosity and persistence of three strangers.

For Don, the most cherished heirloom inside the box was the American flag which covered his father’s coffin 51-years ago.

Roger Briney had it cleaned and folded before he presented it to Roger. Don doesn’t plan on letting go. Just like his cherished memories.

"I'm so happy having it now," Don said. "You’ve made me feel real good again."

"If I remember two or three things the rest of my life. That is going to be one of them," Roger Briney said.

"What they gave back to him. They gave him back a priceless memory. You can’t put a price on that," Don’s daughter Cindy added.

For Don Parthree, this long overdue reunion was well worth the wait. On this day, his father’s locker is finally going home.

"For the rest of us this is an interesting story," Walker Gaulding said. "For Don? This is his story."

If you know of someone with an interesting story to tell -- email me.