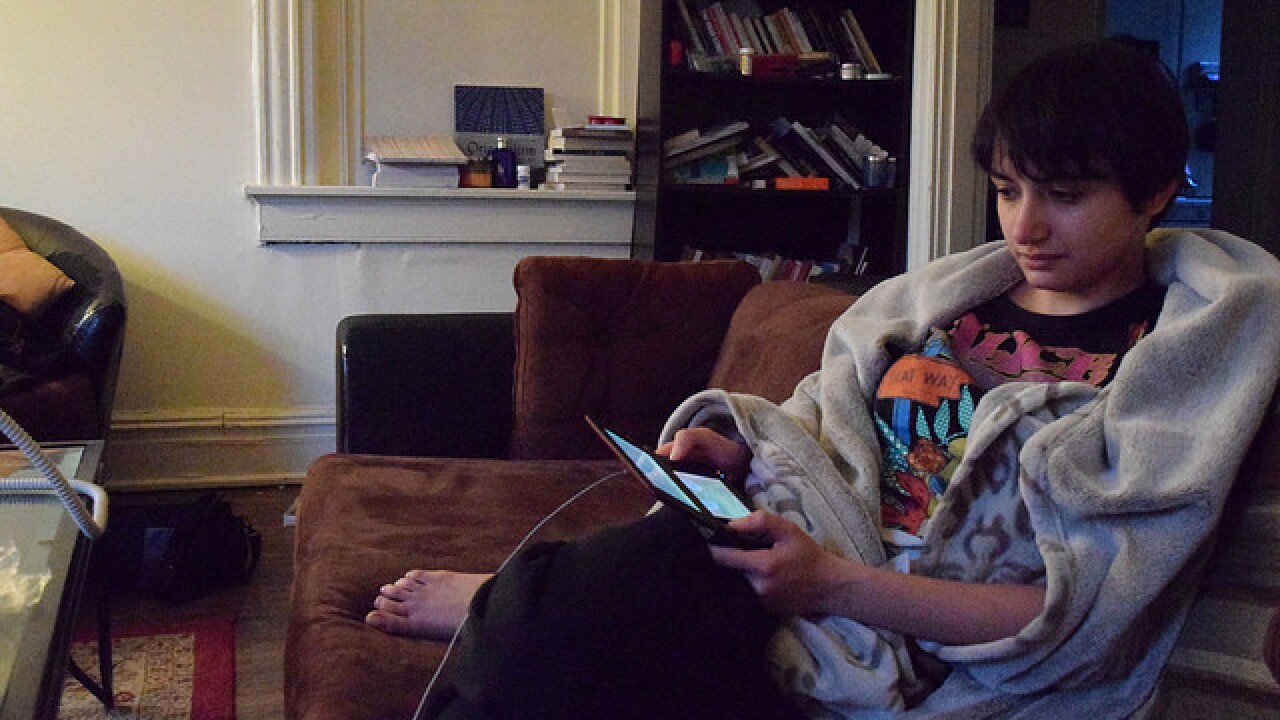 RICHMOND, Va. – Bayan Atari, a public relations major at Virginia Commonwealth University, has spent nine months in treatment for an invisible ailment. Two of her friends have died from the disorder. Atari is one of 30 million Americans struggling with an eating disorder.

Despite the prevalence and severity of the condition, Atari and others have had trouble getting help. That’s because many people have misconceptions about eating disorders, experts say.

“If you’re not underweight, they might not take you seriously. At my sickest, I was still at a normal weight, and that was enough to be like, ‘Well, you’re not dying, you have an electrolyte imbalance, but you’re not dead,’” Atari said. “Even in the medical system, I’ve known people whose kidneys were failing, but because they were overweight or normal weight, they were not given the care they needed.”

Efforts are underway to bring attention to eating disorders.

On Saturday, the National Eating Disorders Association will hold its first NEDA Walk in Richmond in hopes of raising awareness about the problem. The walk will begin at 10 a.m. at the VCU Commons Plaza.

Kristen Tully, the organizer of the walk, expects 200 to 300 people to participate.

Tully decided to organize the walk because she herself is in recovery. When she was in the throes of her eating disorder, Richmond didn’t have an eating disorder clinic or other resources to help.

However, in the last five years, more resources have popped up. One is Stay Strong Virginia, which has compiled lists and maps of treatment programs and support groups for people with eating disorders. Stay Strong Virginia helped Tully organize Saturday’s walk.

Another resource is Veritas Collaborative, a treatment center for eating disorders on Broad Street. Veritas is a sponsor of the NEDA Walk.

It’s important to get someone with an eating disorder into treatment because the illness can be fatal. Someone dies from their eating disorder every 62 minutes, according to the Eating Disorders Coalition.

The main kinds of eating disorders are:

Meredith Kerley, a therapist who specializes in eating disorders, said getting treatment is important, but recovery involves more than that.

Tully agreed. She said recovery is never linear. “It’s hills and valleys, and recovery isn’t easy. It’s the hardest thing you will ever do.”

Not everyone with an eating disorder is lucky enough to get treatment. Only one-third of people suffering from anorexia receive treatment – and only 6 percent of those suffering bulimia.

Part of this may be due to the stigma of an eating disorder. According to a 2010 study, 12 percent of people surveyed believed eating disorders are related to vanity. Kerley said that notion is patently false.

“There’s always emotion underlying it (the eating disorder),” Kerley said. “It’s not about the food, and it’s not the vanity, but that’s how it manifests.”

For Atari, the trigger was personal issues rather than her body image.

“I was miserable,” Atari said. That is when she turned to using bulimia. “The terrible part is that it works. You need to cope with something, and it works, and I couldn’t see anything else working as well.”

Eating disorders are often accompanied by other mental illnesses, such as depression and anxiety.

“Sometimes, eating disorders do develop as a way to cope with anxiety or depression,” Kerley said. “Other times, malnutrition can certainly affect the brain and cause depression.” She said it can be hard to tell which mental illness comes first.

It also can be impossible to tell who has an eating disorder and who doesn’t. Kerley has had 20 to 30 patients over the years, ranging in age from 12 to 50. Many have been of normal weight, and the patients include men.

“There’s kind of a stigma it’s an adolescent girl’s issue, but I see the whole range, and again, it is males and females,” Kerley said.