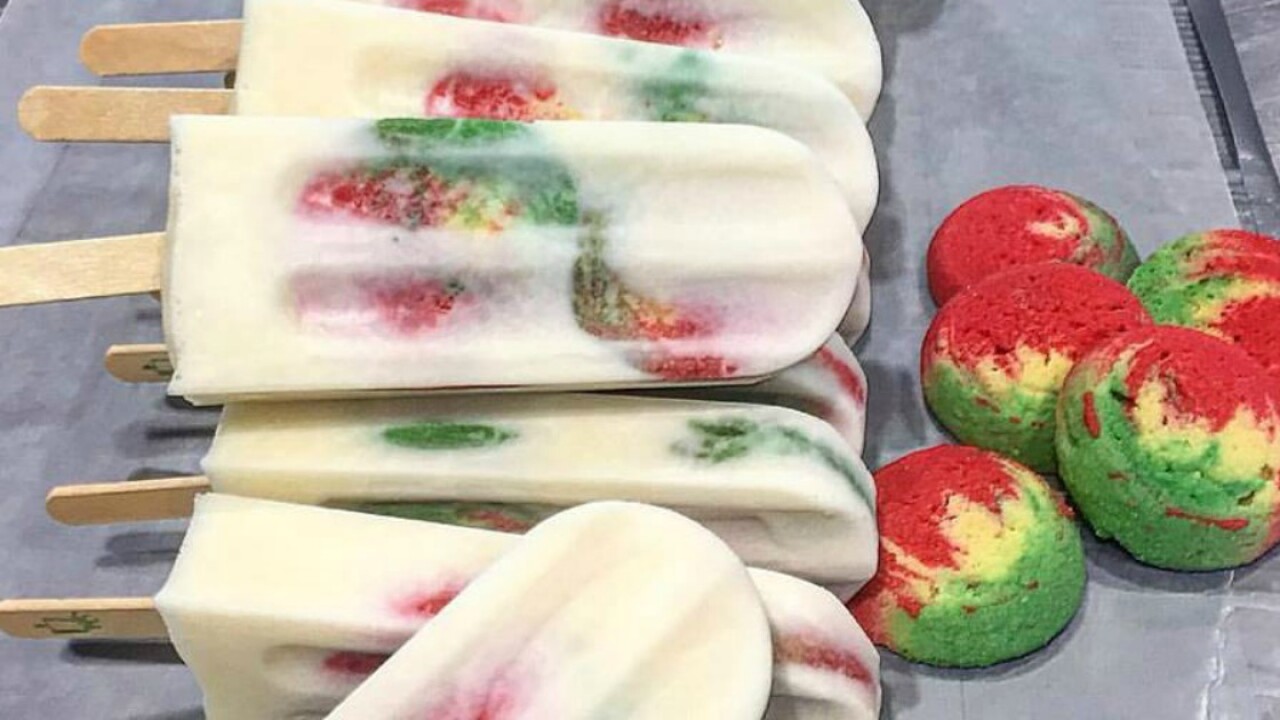 RICHMOND, Va. — The best thing to come out of the 2017 Ukrop’s Monument Avenue 10K is about to hit the streets of Richmond.

Free Ukrop’s Rainbow Cookie pops will be handed out Thursday, from 4 p.m. – 6 p.m., at King Of Pops Richmond, located at 3001 West Clay Street in Scott’s Addition.

“Pops will be FREE courtesy of Sportsbackers,” King of Pops posted on Facebook. “Come hang, talk about the Ukrop’s Monument Ave 10K, have some pops, a few laughs, etc.”

It’s been a big year for Ukrop’s Rainbow Cookies.

Last month Ukrop’s Homestyle Foods announced the shuttered grocery store’s famed rainbow cookies would be sold at Richmond-area Kroger stores for the first time since Ukrop’s closed its doors in 2010.

“They taste like fond memories,” Paul from King of Pops said.