Exclusive look behind the scenes at RIC airport security

RICHMOND, Va. -- The Transportation Security Administration (TSA) is the first line of defense against terrorism at our nation's airports.

While it's easy to see what they're doing at security checkpoints, it’s what's happening underground, that for many, remains a mystery… until now.

CBS 6 got exclusive access to the noisy and highly secure area of Richmond International Airport where your checked bag goes first.

"We screen 100 percent of the bags coming through here,” said Richard Harm, who works as the Asst. Federal Safety Director for Screening for the TSA.

The x-ray check is step one of a three part process in which the TSA uses a state of the art automated network of explosive detection systems.

The In-line system as it’s known is pretty sophisticated.

Checked bags travel from the ticket counter onto a conveyor belt through infrared lights that pick up a bar code on your luggage.

"It probably takes five minutes for the bag to route through the whole system, if there's nothing wrong with it,” said Harm.

The x-ray check leads to the system's second line of defense.

"It's put on a screen; we're able to see if there's some issue with the machine,” said Harm. “One of our TSO's is able to look at that, make a resolution of that of whether it's safe or if we need to do some further inspection.”

The third and final part of the process is the physical check.

"The number of bags that we actually touch is less than 10 percent of all the bags that come through the system,” said Harm.

When TSA officers need to do a physical inspection it happens during this step.

"Any bag that we touch, we'll log down who's opened that bag?  What time did they open it? We usually write down either the name of the person or we can pull off one of the little bag stickers and use that,” said Harm.

During a demonstration, a couple cans of Manwich triggered a possible security threat. 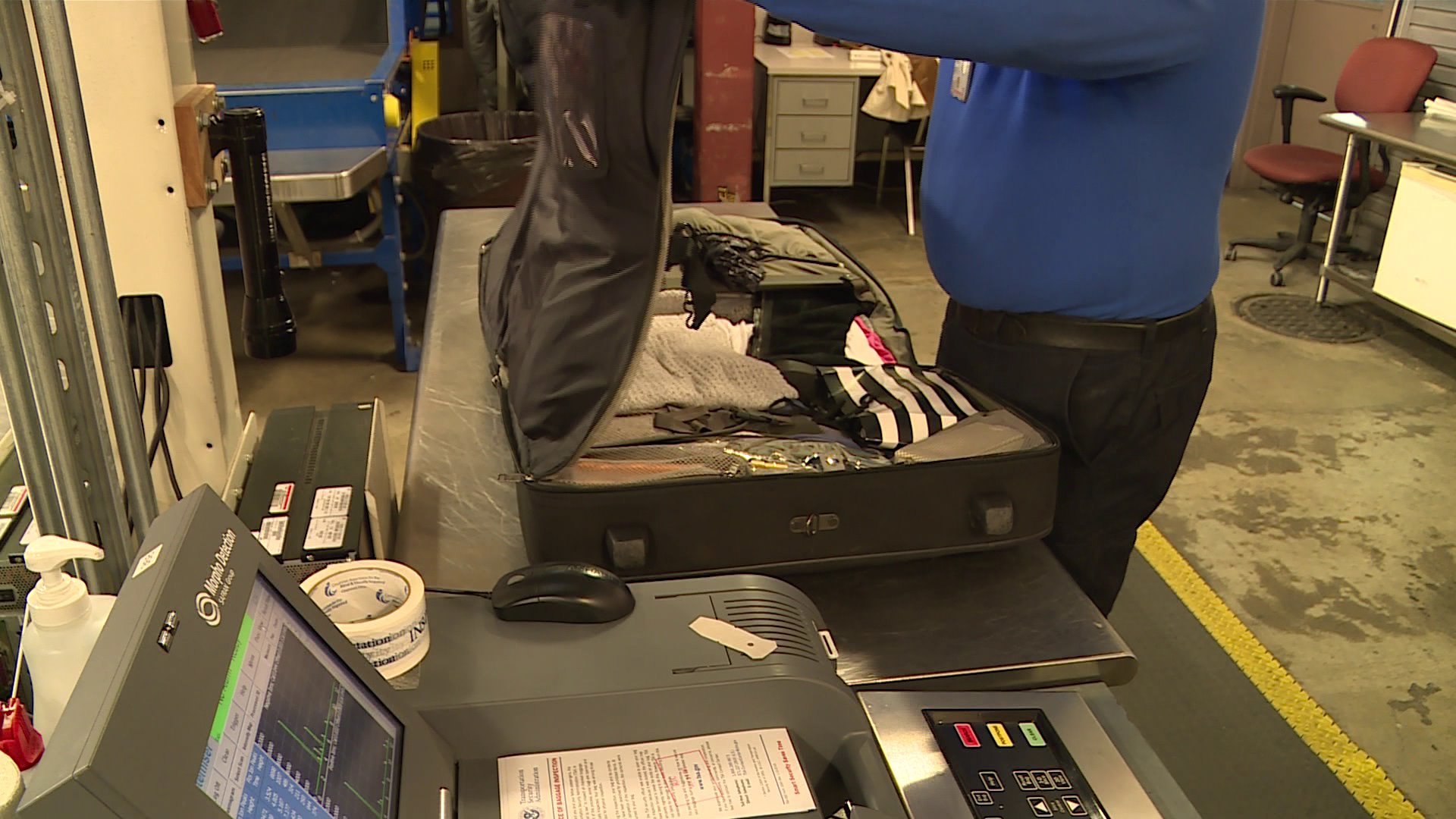 "We see all types of stuff.  Sometimes I think peanut butter has a tendency to alarm just because of its consistency, food items of that nature,” said Harm.

The officer swabs the cans for explosive materials and then checks for any tampering. Once an alarm beeps that means the cans are safe.

The bag is put back through the system again before it heads to the plane.

If your bag goes through this step, TSA officers will leave a note informing you that it was physically inspected.

TSA officials said even some larger airports like Reagan National are not equipped with this hi-tech system.

"Does that mean that it’s less secure?” CBS 6 reporter Sandra Jones asked of airports without the technology.

"No, it’s definitely not less secure,” said Harm. “It's the same type of technology, they just don't have the automation and the belts that we have."

That means there is more manpower needed for screening checked bags at those airports.

"How often do you upgrade it?” asked Jones.

He said this makes it more difficult than ever for dangerous luggage to board a flight.

"It’s definitely the best and safest way.  It's great technology," he added.

The In-line system was implemented at RIC in 2006 while the airport was undergoing major renovations, at a cost of $10 million.