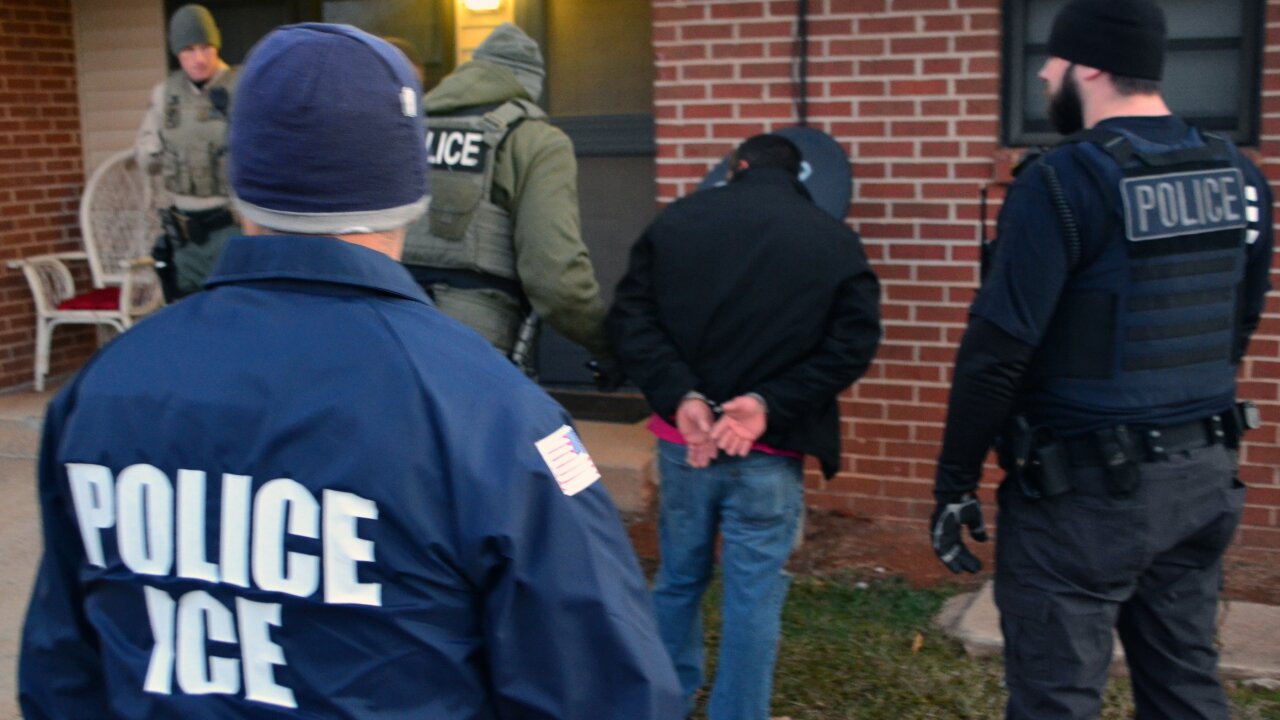 Elias Rosenfeld, who emigrated from Venezuela to the United States as a boy in 2004, has faced a precarious future for most of his young life.

A few years after their family arrived in Florida, his mother died of cancer. Elias and his sister moved in with their undocumented father.

But the boy didn’t realize at the time that without his mother able to renew her visa, his legal status — which depended on hers — soon lapsed. It wasn’t until the ninth grade, when he applied for a learners’ permit to drive, that he learned he was undocumented.

After living in the shadows for years the teen found some relief in 2012, when President Barack Obama issued the Deferred Action for Childhood Arrivals (DACA), a measure that granted protections and work privileges to about 750,000 so-called DREAMers like himself who were brought to the US as children.

President Donald Trump, whose hardline position on immigration has left undocumented immigrants throughout the US fearful that they could be deported, said last month that DREAMers without criminal histories would be allowed to remain in the US.

But now a recent shift in tone by US Immigration and Customs Enforcement (ICE) has Rosenfeld and others like him fearful that their days in the US may be numbered.

Last week ICE published a series of messages on Twitter stating that DACA status was no guarantee against deportation.

“It was very frightening, because it was a total reversal from what the Trump administration was saying about the DACA policy,” said Rosenfeld, who is now a student at Brandeis University outside Boston.

‘ICE is ratcheting up fear’

The ICE tweets came in a flurry on Thursday, without warning.

“DACA is not a protected legal status, but active DACA recipients are typically a lower level of enforcement priority,” one said.

“Deferred action may be revoked anytime especially when someone commits a crime or poses a national security (or) public safety threat,” read another.

The messages rattled many DACA recipients and led their supporters to question ICE’s motives.

“It is shameful that ICE is ratcheting up fear and terror in young people who courageously stepped out of the shadows,” Congressional Hispanic Caucus Chairwoman Michelle Lujan Grisham said in a statement.

“I was very saddened and almost heartbroken to hear that Homeland Security, through a Twitter account, would say to 750,000 young people in this country, ‘you are no longer safe,'” Gutierrez told CNN.

ICE has not commented on the concerns of the Congressional Hispanic Caucus, instead issuing a statement to CNN that mirrored the content of its tweets.

“Aliens granted deferred action from deportation are not protected by any kind of legal status, but are typically given a lower level of enforcement priority,” an ICE official said.

“A decision to grant deferred action may be revoked by DHS at any time, particularly in the case of someone who commits a crime or is otherwise found to pose a national security or public safety threat.”

The Twitter messages were particularly unnerving to the undocumented community because they came several weeks after ICE agents arrested Daniela Vargas, a native of Argentina whose DACA status had recently lapsed, at her home in Mississippi. After two weeks in detention, ICE released Vargas on Friday.

Trump has said he wants to crack down on immigration to protect Americans from undocumented residents who may be committing crimes or plotting terror attacks. His executive orders on immigration have so far spared DACA.

In recent weeks the President has tried to walk a line between Republicans who want DACA cut entirely and the political and practical impact of eliminating protections for undocumented immigrants.

“We’re gonna show great heart,” Trump said last month. “DACA is a very, very difficult subject for me, I will tell you.”

But Rosenfeld believes the US’s treatment of undocumented people lacks compassion, especially toward youth who entered the country with their parents and know no other home.

“It’s so hard. Your complete identity changes (when you’re undocumented),” he told CNN. “It’s a lack of security in a country that you should feel secure in.”

Rosenfeld says he’s been in love with the United States since immigrating more than a decade ago.

Despite the pain of losing his mother and the hardship of being undocumented in the country he calls home, he has thrived.

Rosenfeld excelled in high school, earned a full scholarship to Brandeis and is currently interning with US Sen. Elizabeth Warren’s office.

His dream is to earn a degree in political science and one day serve in public office.