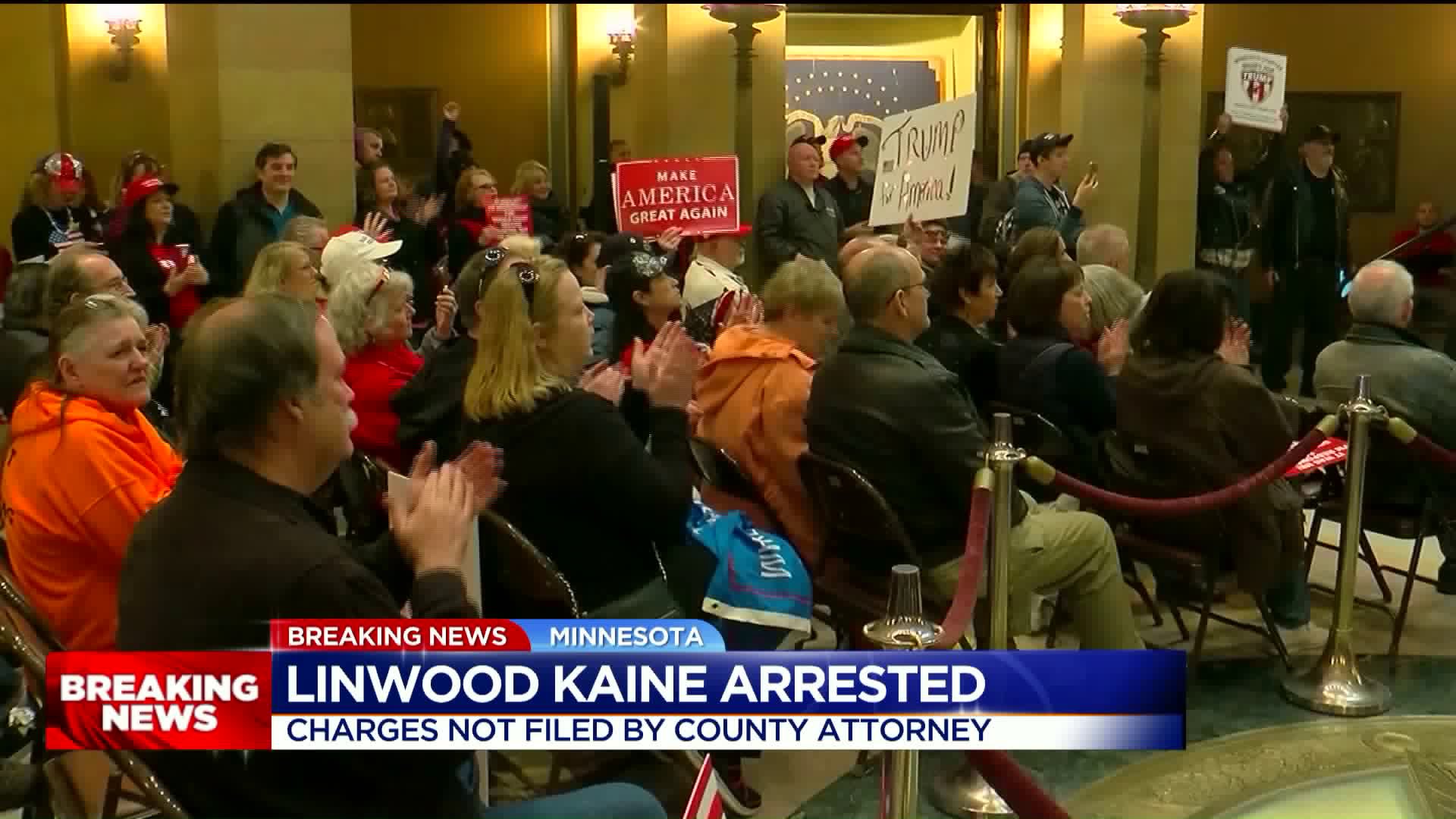 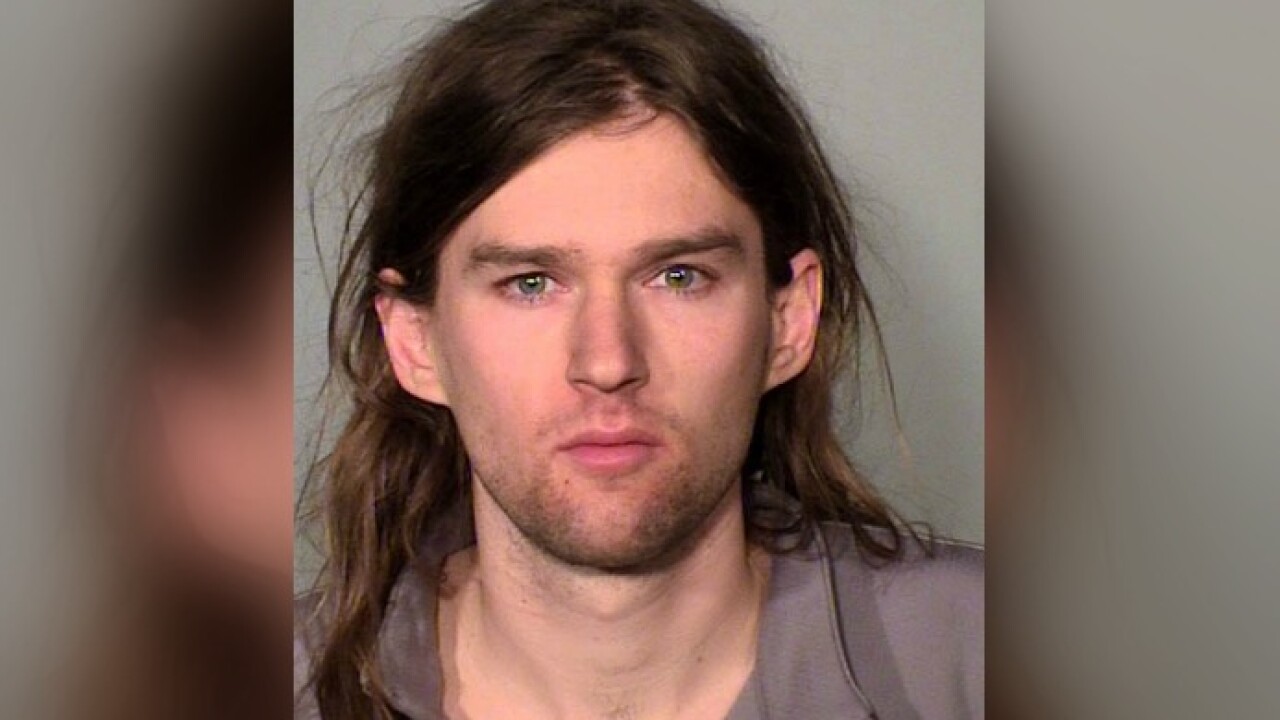 Kaine, along with four others, allegedly chanted and lit fireworks inside the Capitol's rotunda shortly after the "March 4 Trump" rally began Saturday afternoon. The group fled and were apprehended by St. Paul police officers a few blocks away, Linders told CNN.

According to the "March 4 Trump" Facebook page, the rally was slated to begin at noon; Kaine's booking report from the Ramsey County Sheriff's Office shows he was arrested at approximately 12:20 p.m. CT.

Kaine, 24, was held in the Ramsey County Jail on suspicion of second-degree rioting but was eventually released, Linders said.

Charges were not filed against Kaine or the four others arrested with him but the incident is still under investigation, according to Linders.

Ramsey County Sheriff's Office spokesman Sgt. John Eastham said Wednesday that Kaine was arrested on Saturday but only released at 12 p.m. Tuesday due to a standard, mandatory hold corresponding with his felony arrest. His release is pending further investigation of the crime.

It was not immediately clear if Kaine had legal counsel and Eastham would not comment on any alleged use of force during the arrest.

Asked to comment on Kaine's arrest, the senator and his wife would only say through a spokeswoman, "We love that our three children have their own views and concerns about current political issues. They fully understand the responsibility to express those concerns peacefully."

Linwood Kaine, who goes by "Woody," is the youngest son and second of Kaine and Anne Holton's three children. He graduated from Carleton College in 2014 after majoring in cinema and media studies, according to an alumni page.

The family's oldest son, Nat, a Marine, was deployed abroad just after Hillary Clinton named the Virginia senator as her running mate.