“Piggy Bank” the turtle is currently recovering after having surgery to remove 915 coins from its body.

It took several hours for vets in Thailand to remove 915 coins from inside a green sea turtle.

How did they get there in the first place?

She’d been eating them as tourists tossed them into her pond for good luck.

“It is hard to imagine how it swallowed such a large number of coins,” Pasakorn Brikshavana, a vet with the Chulalongkorn University team that performed surgery, told the Bangkok Post. “I’ve never seen such a case before.”

Photos posted on the university’s Facebook page showed the medical team holding a basket filled with coins — about 11 pounds of both local and foreign currency — recovered from inside the 25-year-old turtle. 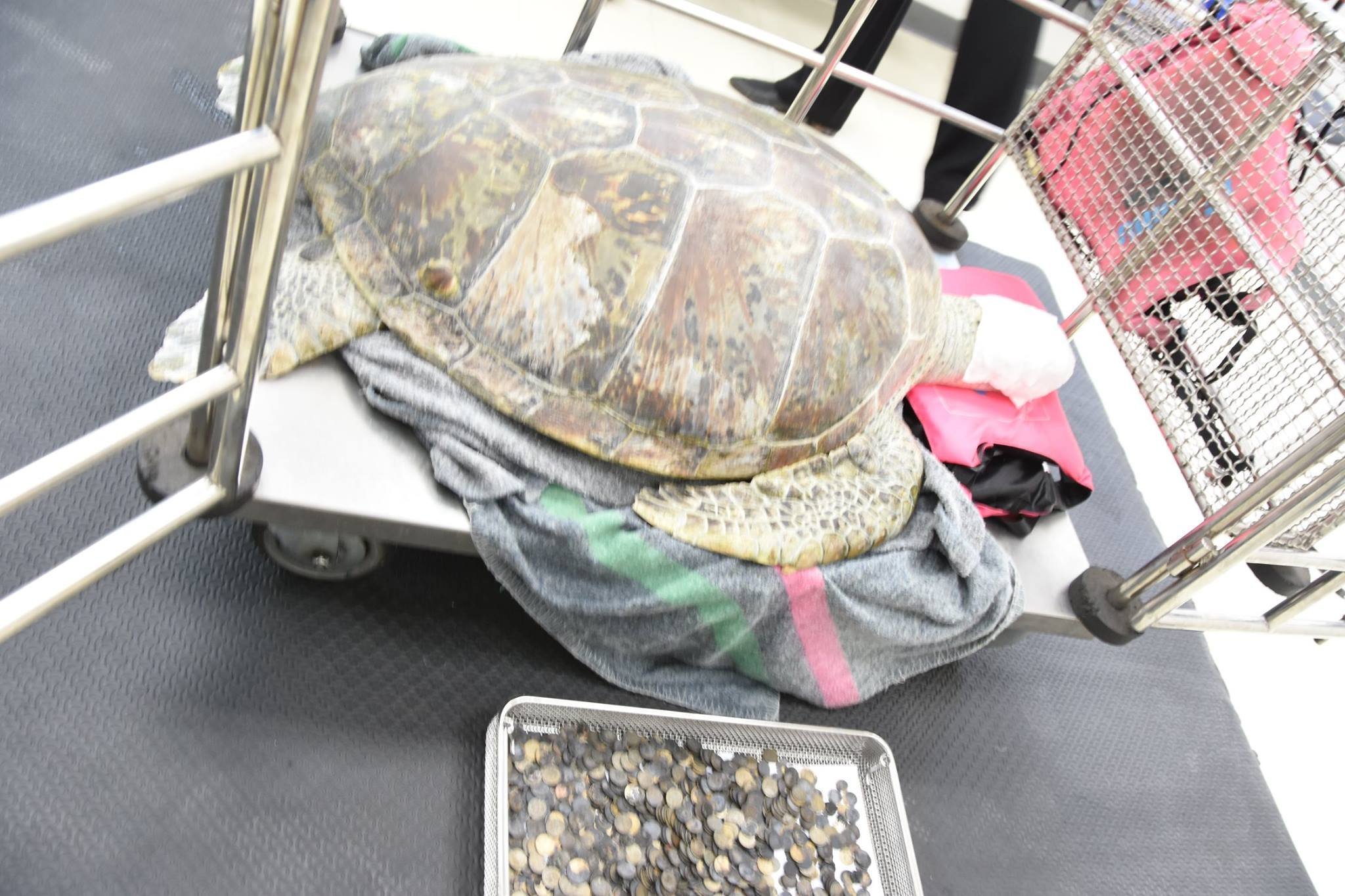 The vets had to anesthetize the turtle and cut its shell in order to operate on its stomach — a procedure that took nearly four hours.

“We found coins both in her stomach and intestines,” veterinarian Nantarika Chansue told Thai news website Khaosod English. “If we didn’t operate on her then she wouldn’t have been able to eat or defecate, and would have soon died.”

The turtle is on the mend and is expected to be released into the ocean after she makes a full recovery.