Investigators release cause of West End apartment fire that displaced 21

HENRICO COUNTY, Va. -- Fire officals have revealed what sparked a West End apartment fire that displaced more than 20 people and their pets learly Friday morning in Henrico County. Firefighters were called to the Tuckernuck Trail Apartments, behind Tucker High School, at about 1:45 a.m.

"The first personnel arrived in less than four minutes to find a 2-story apartment complex with heavy smoke and flames coming from a second floor apartment and roof, with the fire spreading to adjacent apartments. A second alarm was requested, and personnel immediately went into rescue mode, making the evacuation of victims the priority," Henrico Fire spokesman Capt. Taylor Goodman said."As the apartments were being evacuated, firefighters mounted an aggressive interior fire attack to control the fire."

Twenty adults and one child lived in the 12 apartments deemed uninhabitable due to the fire. 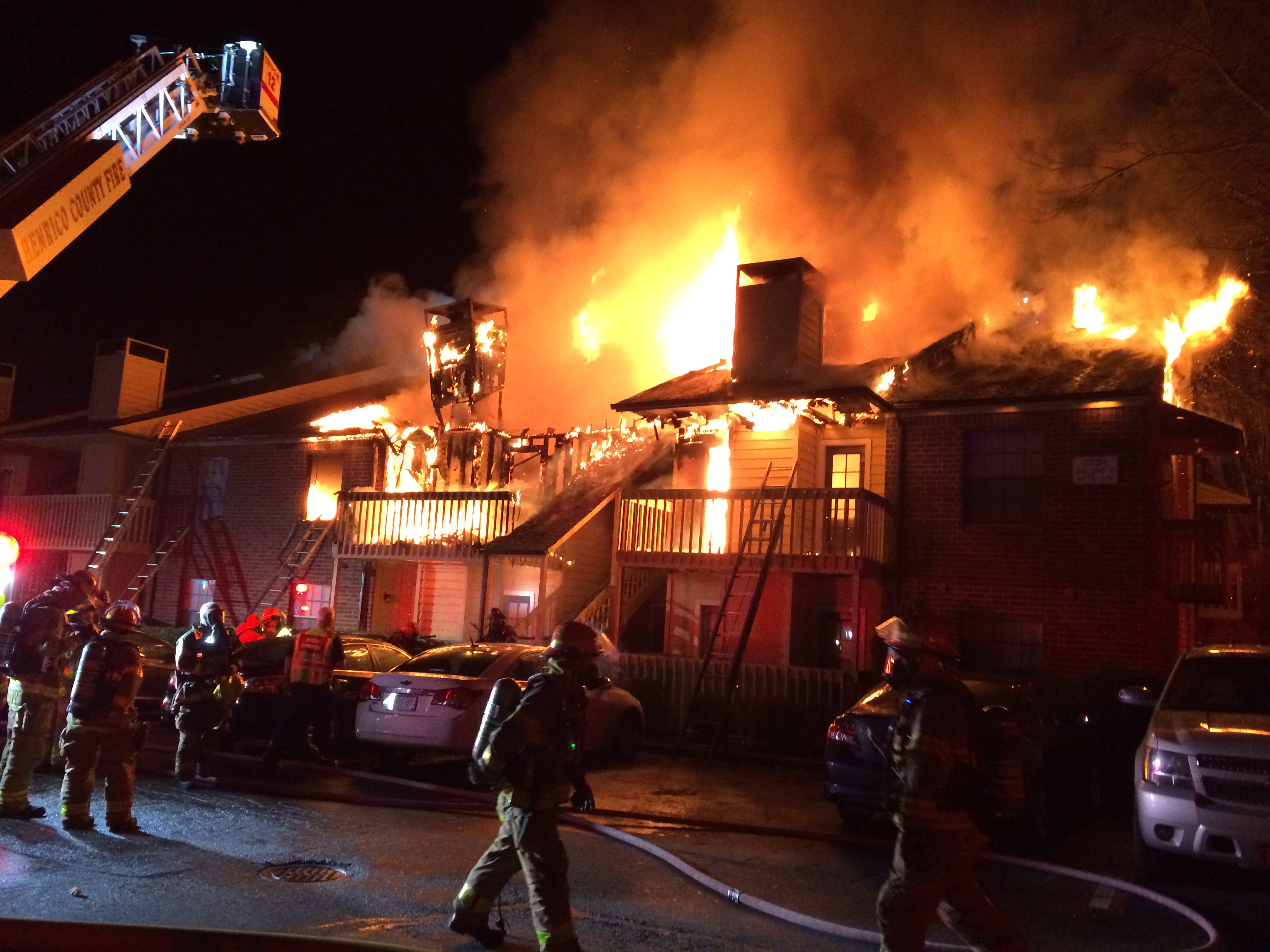 "The Henrico Office of Emergency Management as well as the American Red Cross was on scene to assist the displaced occupants with their needs," Goodman said. "Both parties worked with the apartment management to help with temporary lodging and clothing."

Several dogs and cats escaped the fire unharmed. One cat died in the fire.

"Sleeping with your door closed and having working smoke alarms greatly increase your chance of surviving a fire in the home," Goodman added. "[Your] chances of escaping a fire double when there’s a working smoke alarm present. If you can’t afford a detector, please contact your local fire department and one will be provided for you."

"Just imagine a Roman candle on the Fourth of July, that's what it looks like," Clarke explained.

Clarke worked to salvage what he could inside of his apartment.

"Luckily they were able to save my back unit, but there's a lot of water damage and everything's gone," said Clarke. "The ceiling has caved in."

Other neighbors were worried about finding their special items.

"The stuff we left in there, the important stuff," said one neighbor, "I left my wedding ring in there because I take it off at night."