Some female hunters have sights set on pink camo 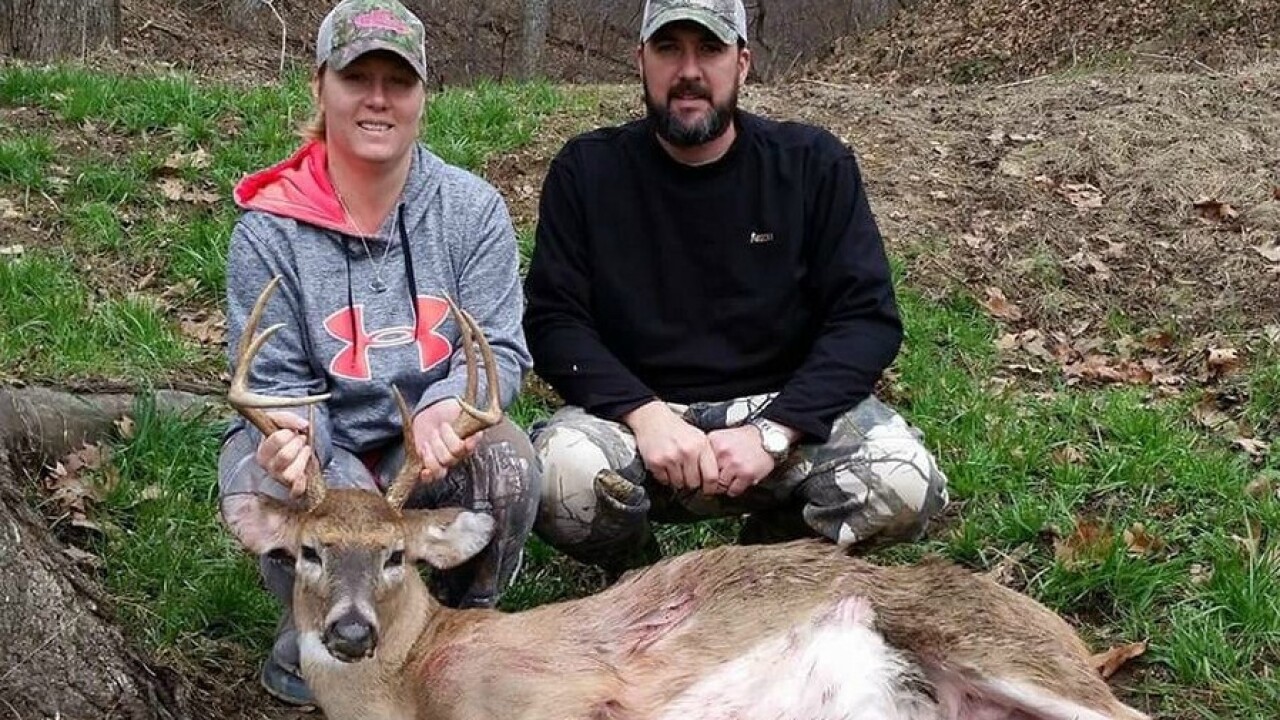 RICHMOND, Va. – Cassie Crouch of Bedford, Virginia, started hunting when she met the man whom she later would marry. “It was one of our first dates,” she said. In 2010, Crouch and her husband Daniel even celebrated their wedding anniversary by hunting wild hogs.

Crouch, who uses a variety of guns as well as a bow and arrow, likes the fact that hunters soon may have a choice of colors for their hunting safety apparel: Hunters would be able to wear bright pink, instead of being limited to blaze orange, under a bill approved by the General Assembly during its recent session.

Another female hunter – Amanda Bailey of Tazewell County – also is looking forward to the new law.

“I would love having the option of wearing pink camouflage or orange,” said Bailey, who hunts deer, elk, coyotes and bear and uses a variety of firearms.

Crouch and Bailey are among a number of female hunters hoping Gov. Terry McAuliffe signs HB 1939 into law. If he does, the bill – which was approved unanimously by the House of Delegates and 35-5 by the Senate – will take effect July 1.

Many female hunters and stores that cater to them already have been considering pink as a camo option. It’s all part of an effort to give women a choice of colors to wear out in the field. Retailers have begun marketing hoodies, hats and T-shirts for hunters – all in pink.

Cassie Crouch, an avid hunter, says she would like the option of wearing pink camo. (Photo courtesy of Cassie Crouch)

Del. Kaye Kory, D-Falls Church, is among the legislators who voted for the bill.

“My fellow House members who support the addition of blaze pink to be approved hunting clothing explained that blaze pink is more readily seen at a distance than the traditional hunter’s orange,” Kory said. “Therefore, I supported HB 1939.”

Virginia is not the only state offering blaze pink as a substitute for blaze orange for hunters. Wisconsin was the first, and since then, New York, Colorado and Louisiana have followed suit.

Some believe that the color option will draw more women to hunting. About 13,000 women currently are registered to hunt in Virginia.

While some women see the new law as a fashion statement, other female hunters prefer blaze orange to blaze pink.

Tamala Doup, who lives in Midlothian, has been hunting most of her life. She killed her first deer at age 11. Doup hunts every year between November and beginning of January, using a black powder rifle.

“I personally prefer the blaze orange from a safety aspect,” Doup said. “It seems much brighter and easily recognizable in the woods, especially in dense areas.”

Doup has another reason for preferring orange over pink: She is colorblind. Experts say colorblind people may have more trouble seeing pink than seeing orange.

“That bright blaze orange is better for me, personally,” Doup said. “It’s all about safety, not fashion.”