Meet the Richmond veteran who has conquered the Seven Summits

RICHMOND, Va. -- If you want to find Jeff Reynolds then looking up is a good start. Reynolds found his calling at an early age when he first saw the Rockies on a family trip.

“I wanted to jump out of the car and run as fast and far into the mountains as fast as I can and never come back,” said Reynolds.

He started climbing to new heights and he hasn’t stopped.

As director of the enforcement for Virginia's Department of Environmental Quality, Reynolds protects and appreciates our natural resources high and low.

“Our natural landscape is really the fabric of my life in every possible way,” said Reynolds.

An experienced climber with a penchant for adventure, the father of two feels most at home in the mountains, really big mountains from Everest in Nepal and Denali in Alaska.

“It has become a real life passion of mine,” he said. “I looked around and I felt like a kid.”

For Reynolds one summit remained elusive.

“I left for Antarctica on Christmas day,” he said.

Reynolds and three other climbers set out for the bottom of the world to finally sit on top.

“Think of a territory the size of Utah, New Mexico, Colorado and Arizona. And you’re the only ones there.” 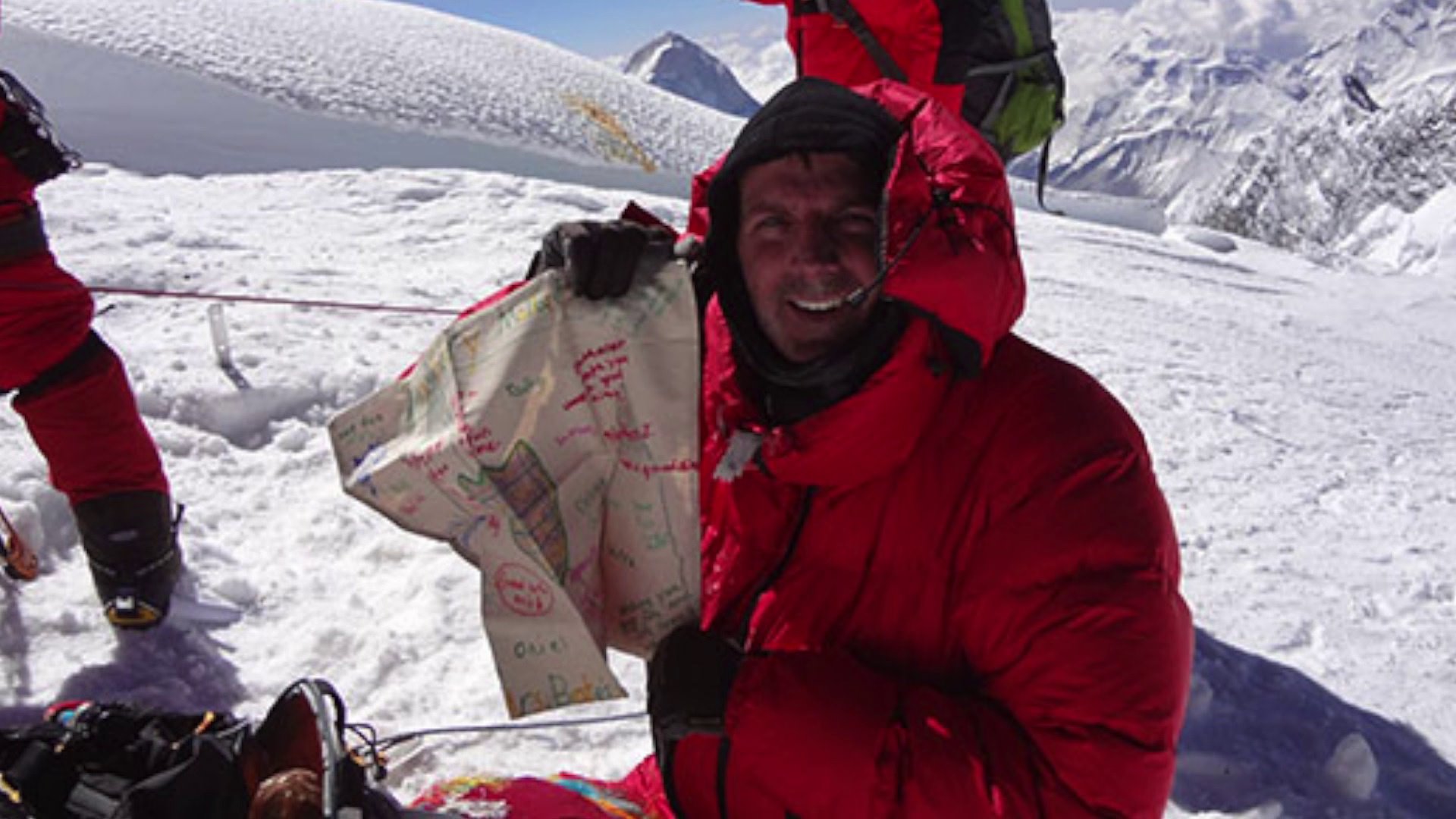 Mount Vinson was the goal.

"The best way to describe it is Ice Age,” said Reynolds “I don’t look at mountains as trophies. I have a deep respect for them. On any given day mountains can be killers.”

“You can freeze up pretty quickly. You’ve got to cover up. Or your skin will fall off,” he said. “When you’re in those conditions it is actually very liberating.”

Vinson was not the highest peak he has scaled. But certainly the most special.

“It wasn’t just climbing Mount Vinson, it was a culmination of the seven summits,” said Reynolds.

By reaching the top, the Iraq War veteran would tackle a milestone only a few hundred humans ever have. He would join a fraternity where members have scaled the highest peaks on each of the earth's seven continents.

“I think Antarctica is my favorite now. I think so. Great experience. Tough place to be but wonderful,” said Reynolds. “Seven is definitely my lucky number now.”

While conquering the seven breathtaking summits is a feat to be proud of, Jeff contends his two most important triumphs will always keep this climber grounded.

“It was absolutely beautiful and spectacular,” he said. “It certainly was euphoric, but probably paramount are my kids. I love being a dad. It is probably the coolest thing I’ve ever done.”

If you know of someone who I should feature in my "I Have a Story" segment email me at ihaveastory@wtvr.com