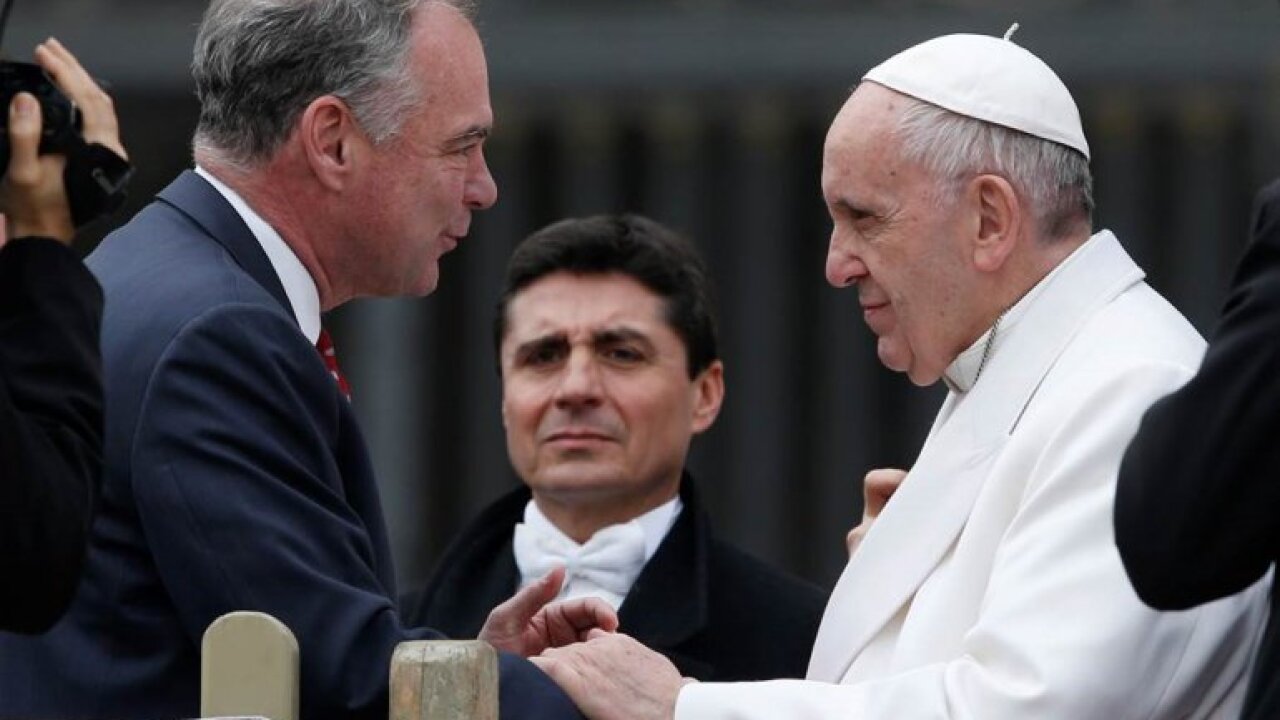 VATICAN CITY – Senator Tim Kaine met with Pope Francis after attending a general audience with him on Wednesday.

Kaine and the Pope discussed the Holy See’s work to address the global refugee and migrant crisis, according to the senator’s office.

“As the Pope stated so clearly yesterday, it is a ‘moral imperative’ to protect and defend the ‘inalienable rights’ of refugees and respect their dignity, especially by adopting just laws that protect those fleeing dangerous or inhumane situations,” said Kaine in a statement.

Kaine also participated in a discussion focused on Latin American issues with Vatican officials and members of other religious orders and meet with the Jesuit Refugee Service to discuss its work with refugees and asylum seekers.

On Friday Kaine will deliver an address in London at the Royal Institute of International Affairs, known as Chatham House, titled “The Truman Doctrine at 70.”

He will discuss the historical significance of the Truman doctrine, new strategic challenges facing the United States, future of the transatlantic partnership, and the continued importance of America’s leadership role in a changing world, his office said.