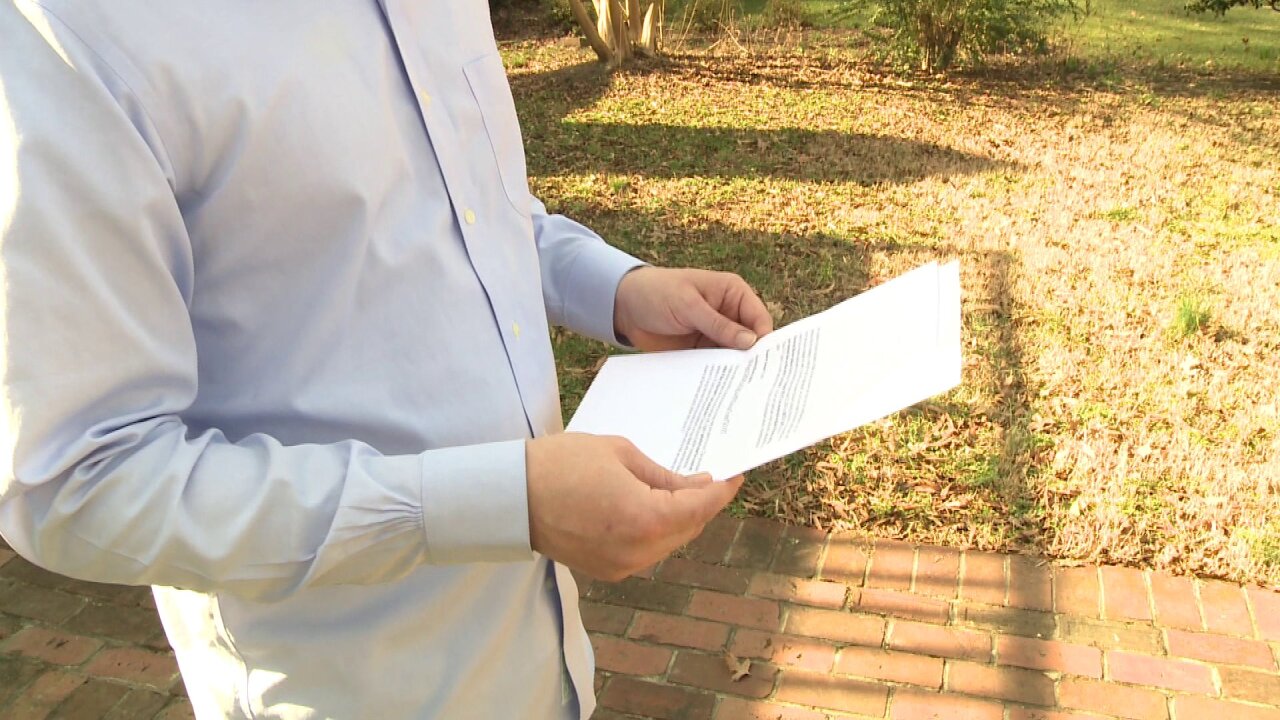 RICHMOND, Va., -- An unwed and single Richmond man wants to warn the public about a letter he received claiming he cheated on his wife.

“I thought, who was this mystery wife that I don’t have?" Matt Edwards asked. "This must be a scam. I don’t have a wife.”

Both Henrico County Police and Goochland County Sheriff’s Office have posted warnings about this mailed scam on their Facebook pages.

The letter reads, "I’m going to cut to the chase. I know you have cheated on your wife. More importantly I have evidence of the infidelity."

The scammer then gives the victim two options – to pay $2,000 through an electronic online Bitcoin money account or the “evidence” of the infidelity would be sent to the victim’s friends and family.

Edwards said police told him they received about 35 reports of residents receiving the letter in the mail.

“I hope they're caught, they should be caught,” Edwards said. "Just ignore it. Laugh at it. It’s a joke."

Henrico County Police posted “Please DO NOT give them any money! THIS IS A SCAM!!! We are working with our federal partners to determine the source of the letters.”

SHARE on social media to SPREAD THE WORD about this scam!
Copyright 2021 Scripps Media, Inc. All rights reserved. This material may not be published, broadcast, rewritten, or redistributed.