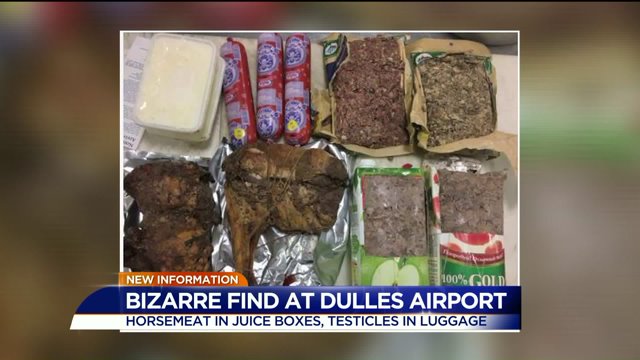 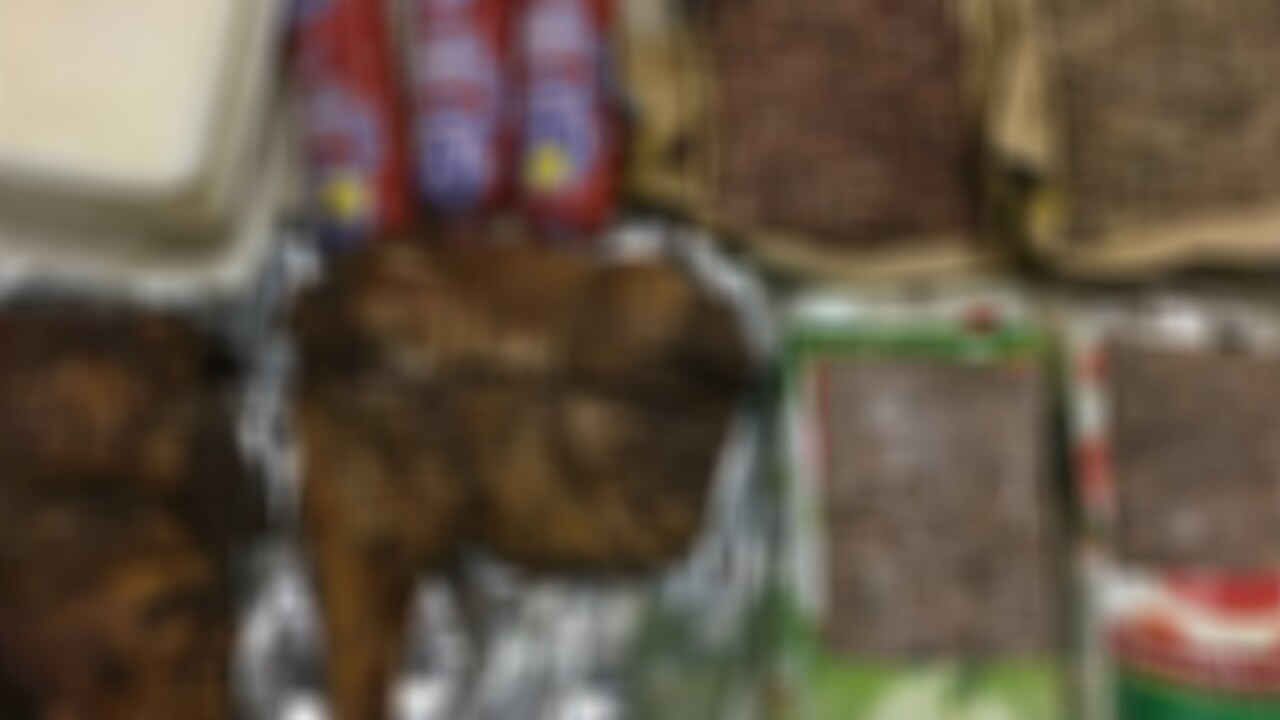 STERLING, Va. — U.S. Customs and Border Protection agents have seen some strange things at Virginia’s busiest airport, but what they discovered hidden in juice boxes at Washington Dulles International Airport on Jan. 29 left them flummoxed.

After two women from Mongolia deplaned, they were referred for a routine agriculture examination.

Officials said the pair were concealing 30 pounds of horse meat inside juice boxes. One of the woman also had 13 pounds of horse genitals she said were for medicinal purposes.

"Horse meat is prohibited from entering the United States if it is not accompanied by an official government horse meat certification from the country or government it originates. Otherwise, CBP treats it as unknown ruminant meat and seizes it due to fears of foot and mouth disease. Horse meat from Mongolia is prohibited due to concerns of introducing animal diseases to U.S. livestock industries," officials said.

Neither woman was criminally charged and the pair were allowed to continue their visit.

The confiscated items were incinerated.