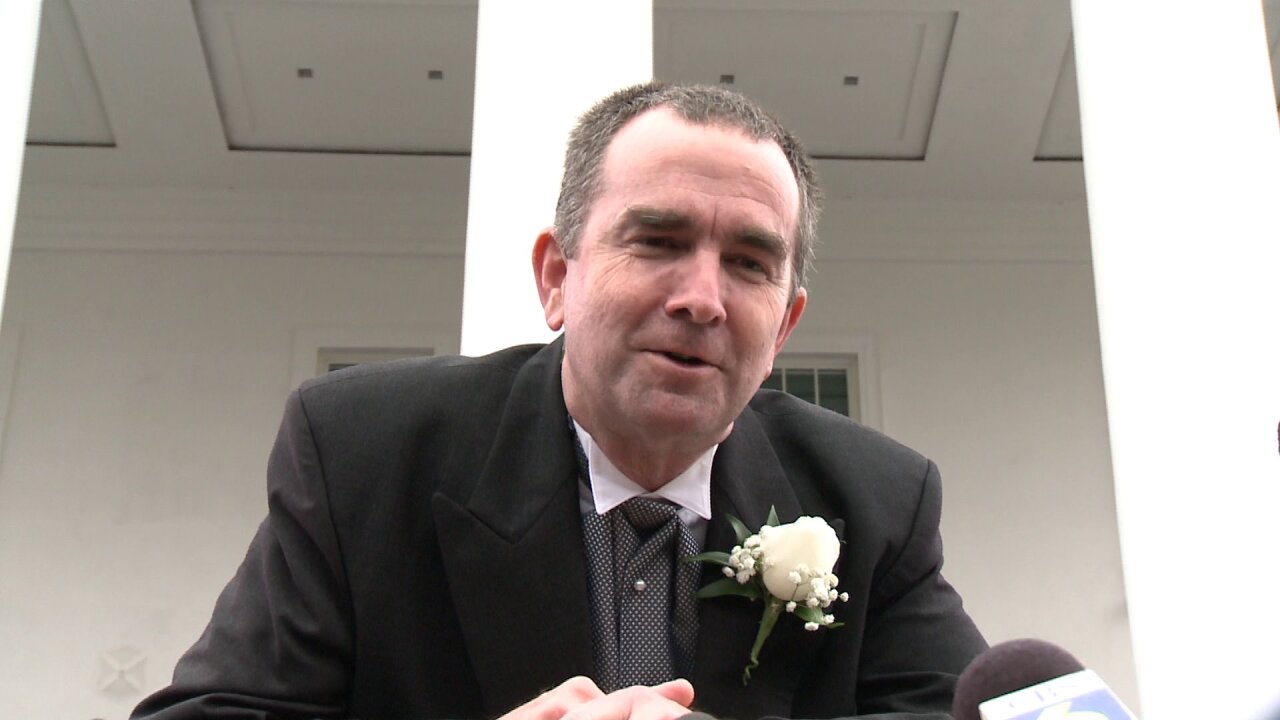 “One of the best ways to do this is to decriminalize marijuana. African Americans are 2.8 times more likely to be arrested for marijuana possession in Virginia. The Commonwealth spends more than $67 million on marijuana enforcement—money that could be better spent on rehabilitation.”

Northam also said that as a doctor, he’s becoming “increasingly convinced by the data showing potential health benefits of marijuana, such as pain relief, drug-resistant epilepsy, and treatment for PTSD.”

He said that decriminalizing marijuana will help researchers to better study the plant, so doctors can more effectively prescribe drugs made from it.

You can find the Medium post here, and copied below.

Northam announced he was running for governor in November 2015. He will faceoff against former congressman and Democrat Tom Perriello.

Governor Terry McAuliffe (D) is not eligible to run for reelection due to Virginia’s law prohibiting consecutive terms.

A More Fair And Just Virginia

For much of its history, Virginia, the “cradle of American democracy,” failed to live up to our ideals. All too often, our Commonwealth still treats whites by one set of standards and people of color by another. While we’ve made progress in closing this gap, the work of creating a fair and equal criminal justice system is far from finished.

I’m proud of our administration’s efforts to reform our criminal justice system. Forty states in America have made the restoration of rights automatic. It was past time for Virginia to become a progressive leader on this issue. That’s why Governor Terry McAuliffe took bold action and restored the rights of more than 130,000 men and women who’d paid their debts to society.

Some have characterized this in political terms. However, they don’t describe the origins of how this constitutional amendment came to be. At the time, Senator Carter Glass said the provisions were meant to “eliminate the darky as a political factor in this state.”

This makes it clear: The restoration of rights is not about politics.

This is about the American ideal of providing second chances. Oftentimes, individuals who receive restitution are already making positive contributions to their communities. They are coaches, mentors, and businesspeople. They pay their taxes, and Governor McAuliffe’s actions meant they were no longer second-class citizens at the ballot box.

I’ve been a strong proponent of nonpartisan redistricting reform ever since I entered the Senate, co-sponsoring legislation with the late Senator John Miller to bring some sanity to redistricting. The Governor and I worked with Democrats in the Senate to stop Republican efforts to further gerrymander our legislative districts, and as governor, I’ll be a bulwark against further attempts to make voting more difficult and ensure redistricting is done fairly. Because in a democracy, we should be encouraging more people to vote, not less.

We’ve also gone to great lengths to reform our juvenile justice system, reducing recidivism for juveniles released from correctional facilities. With the tools available to us now, we’ve transformed the system by using data to put our young people on a better path. As governor, I will continue to encourage community-based alternatives to juvenile correctional centers (JCC). JCCs should always be the punishment of last resort, and I will continue this administration’s efforts to make them smaller and more rehabilitative.

We’ve seen the tragic consequences of not providing enough focus on diverting those with mental health problems from our jails and prisons to appropriate facilities. We took a step in the right direction when we announced $30 million in December for increased resources to improve mental health and substance abuse treatment, but we’re still asking too much of our law enforcement officers —we need to do more to get them the help they need.

This year, our administration introduced a package of reforms I believe are vitally important to our Commonwealth. The U.S. Department of Justice’s Ferguson report illuminated the negative impact fines, tickets, and fees have on low-income people trying to pull themselves out of poverty. This is why we want to do away with the practice of suspending a driver’s license simply because a person can’t afford to pay court costs. By taking away an individual’s transportation, you take away their ability to pay the fine and entrap them in a never-ending cycle of fines and fees.

The administration also proposed expanding the type of defendant who can file a writ of innocence. As DNA testing technology advances, we need to provide those who pled guilty because years ago they viewed that as their best option an opportunity to petition the court based on new evidence. It’s the only way to ensure we provide additional measures of fairness to our system.

Finally, a priority for both the legislature and our administration has been to raise the felony larceny threshold to $500. We are currently tied for dead last in the United States for the lowest threshold. States like Georgia and Texas have already raised their thresholds well above our current levels. Virginia should be leading the way, not falling behind.

While we’re taking steps in the right direction, in order to secure these reforms, our next governor must be willing to continue the efforts started by Governor McAuliffe and attack systemic inequalities that create pockets of hopelessness.

It begins with investing in pre-K education because, as a pediatric neurologist, I know it’s far more cost-effective to help a child grow at three or four, than it is for society to pay to make up the gap in high school. We must end the school-to-prison pipeline and create a pipeline from our high schools and community colleges directly to jobs for those who choose not to attend a four-year college.

We need to change sentencing laws that disproportionately hurt people of color. One of the best ways to do this is to decriminalize marijuana. African Americans are 2.8 times more likely to be arrested for marijuana possession in Virginia. The Commonwealth spends more than $67 million on marijuana enforcement—money that could be better spent on rehabilitation.

As a doctor, I’m becoming increasingly convinced by the data showing potential health benefits of marijuana, such as pain relief, drug-resistant epilepsy, and treatment for PTSD. By decriminalizing it, our researchers can better study the plant so doctors can more effectively prescribe drugs made from it.

It’s clear there are still systemic inequalities within our judicial system. There is an emerging bipartisan consensus we need to reform our drug laws as they continue to hold back potential medical breakthroughs, and do long-term damage to communities of color. Decriminalizing marijuana is not a panacea, but it is a good place to start making progress.

At the same time, we must continue to expand access to new substance abuse treatment options and drug courts. Our administration has made progress in combating the opioid epidemic, but with three Virginians dying each day from accidental overdose we can’t afford to slow down.

Progress in our country has always been too slow, and creating change has always been difficult, but we must continue marching towards those ideals written in our founding documents—that all people are to be treated equally under our laws. We still have a ways to go before the reality matches our creed, and I won’t stop fighting to make our country and our Commonwealth live up to our beliefs.