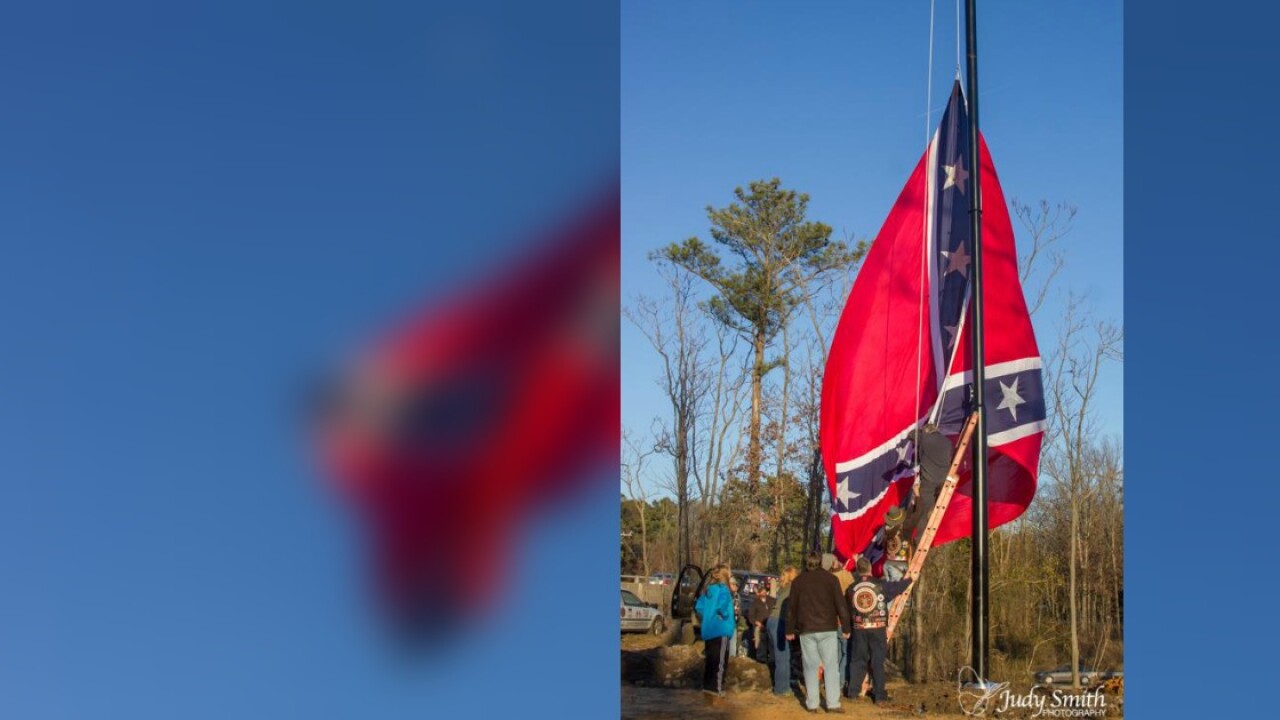 CHESTERFIELD COUNTY, Va. — Nearly four years after the Virginia Flaggers sparked controversy by raising a Memorial Battle Flag over Interstate 95 in Chester, the group that honors Confederate history has raised a new flag.

“The original pole was damaged and needed to be replaced,” Flaggers spokesman Barry Isenhour said about why the flag was temporarily taken down. “While it was down, we made improvements to the site which has improved the visibility.”

Over the weekend, the flag was once again raised along I-95 in Chester.

“The new, higher elevation of the site means greatly improved visibility for the 20 x 30 flag,” he said. “As we worked last weekend, we were pleased that a number of folks pulled over to thank us for getting the flag back up. Thumbs up and honks of approval were heard repeatedly.”

He said the flag flies in memory of Confederate soldiers and as a “24/7 reminder of Richmond’s honorable Confederate history and heritage.”

The Chester flag is one of three over Interstate 95 in Virginia.

The flag raisings have caused an outcry in the community, including an online petition signed by nearly 25,000 people.

“As we progress through history, symbols change in meaning. Given the extreme controversy over this particular symbol, it does not serve as a positive representation of the city of Richmond, nor does it serve as a positive reminder of the South’s determination to keep the institution of slavery for their profit,” the 2013 petition read.