RICHMOND, Va. -- What building in RVA is going to be brand-new, 12 stories, cost $70-plus million and will have a 105-year-old shell of a bathhouse as its entry foyer?

And that bathhouse? Its valuable local history, especially to key VCU donors related to the banker and philanthropist who built that public bath and its slightly older cousin that still stands at 18th and E. Broad Street in Shockoe Bottom. (The Main Street bathhouse was built into a previous - and much smaller - dorm that's been torn down to make way for the high-rise.)

Without a doubt, Petersburg-born financier and community leader John Patterson Branch (1830-1915) made Richmond a much-better and cleaner place.

Branch "saw that there was a need for public cleanliness," said Richmond historian and author, Harry Kollatz Jr. "The city was expanding, faster than it could provide utilities and there was a great number of the population that simply didn't - could not afford, I should say, indoor plumbing.”

It's a Renaissance revival building "that actually had a stained glass dome," Kollatz explained.

You have a hot date? Head to the baths. Putting on your Sunday best in the morning? Better get in line and wait your turn to soap up in a marble-lined tub and rinse off. 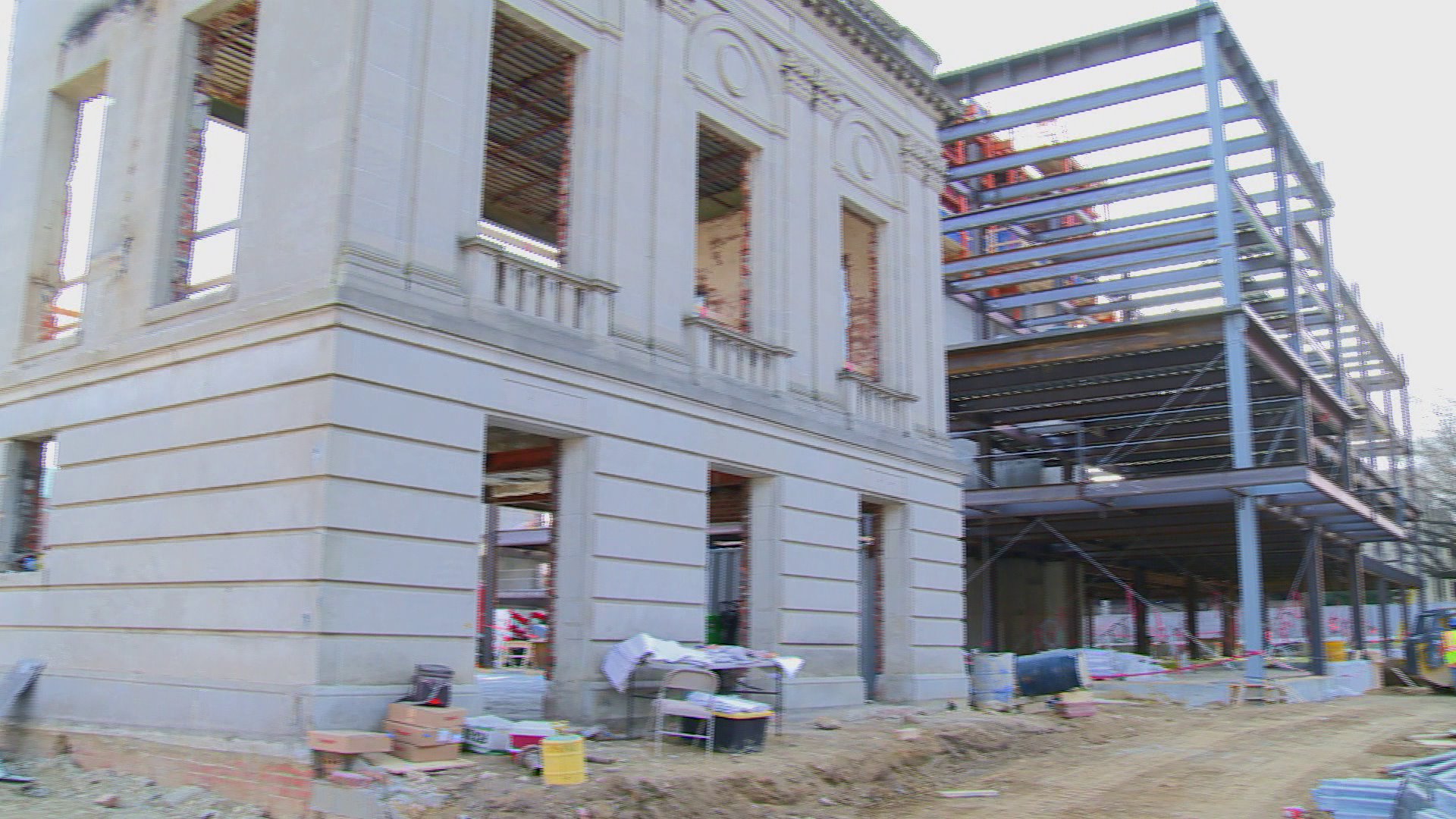 For a long time, a bath (or a shower) was three cents. Men had 20 minutes to bathe, women got an extra 10 minutes, Kollatz said.

Men and women were separated, of course, and the baths were segregated - no blacks allowed.

Public baths were shut down in 1950 by a 7-0 council vote. By then most people had running water and the bathhouses had become a city-subsidized benefit for the impoverished, according to Richmond newspaper reports at the time.

When they closed, a bath cost 58 cents. Adults paid 15 cents and children paid 10. The city picked up the rest.

But during their heyday, an estimated 80,000 people used the two Branch baths each year.

Richmond is believed to be among the very first cities to offer its citizens a hot bath. And in stylish buildings, no less.

Please join us for a video tour of this tidy slice of RVA history.