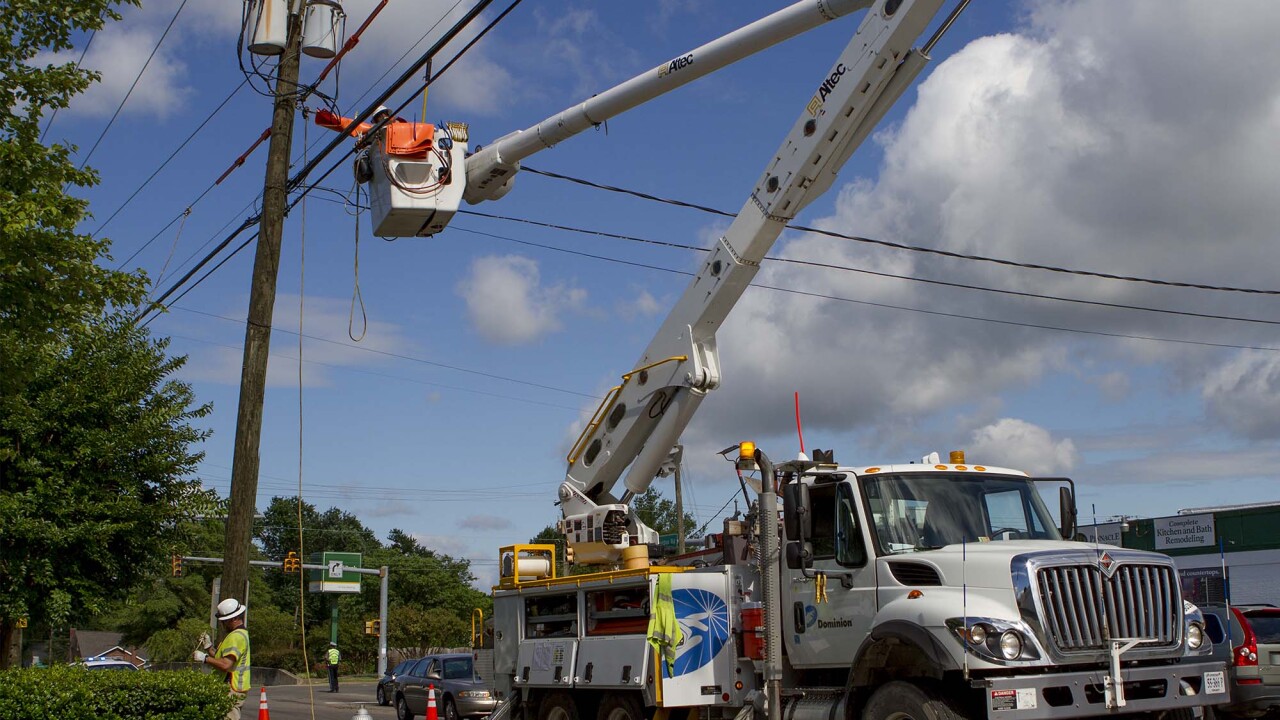 RICHMOND – Everybody at the state Capitol saw this coming: the death of a bill to prohibit Dominion, the single largest corporate donor in Virginia politics, from giving campaign contributions to legislators, the governor and other public officials.

Sen. Chap Petersen, D-Fairfax, filed SB 1593 on Jan. 25 because, he said, state lawmakers shouldn’t take money from public utilities that are regulated by the General Assembly and other state agencies.

“Monopolies like Dominion or Appalachian Power have an undue influence on the political process,” Petersen said.

Because he introduced his bill after the filing deadline, Petersen needed the unanimous consent of the Senate to proceed. After two senators objected to the legislation, Petersen officially withdrew the proposal Tuesday. He plans to reintroduce the bill next year, according to Alex Parker, Petersen’s political director.

SB 1593 sought to forbid any candidate for the General Assembly or statewide office from accepting donations from “public service corporations” – such as power and telephone companies regulated by the State Corporation Commission.

In a speech on the Senate floor Monday, Petersen said those corporations use political donations to influence legislative decisions.

“I happen to believe that public policy should be decided on the merits and not based on donations,” he said.

But the bill stood little chance from the start. Attempts to alter Virginia’s campaign finance system, which allows unlimited donations from people and corporations as long as politicians publicly disclose the contributions, have been unsuccessful.

The closest the state has come to ethics reform was in 2015 when the General Assembly passed legislation to put a $100 limit on gifts and travel from lobbyists or those with business before the state.

Petersen filed SB 1593 after losing a fight over another bill (SB 1095) to increase regulation of electric utilities in Virginia.

Until 2015, the State Corporation Commission conducted biennial rate reviews of power companies. If the SCC found that a company was making excessive profits, it could order the utility to lower its rates.

But in 2015, the General Assembly passed legislation to suspend the rate reviews for Dominion and Appalachian Power for five years because the companies said they were facing uncertain costs of complying with the Obama administration’s Clean Power Plan, which ordered states to cut carbon emissions.

Because of a lawsuit, the Clean Power Plan was never implemented, and the Trump administration intends to dismantle it.

SB 1095 sought to roll back the 2015 legislation and let the State Corporation Commission resume conducting rate reviews of Dominion and Appalachian Power.

“I think rate review will show that utilities have made a financial windfall off the legislation we passed in 2015,” Petersen said.

His rate review bill died on Jan. 16 on a 12-2 vote in the Senate Commerce and Labor Committee.

The bill’s defeat prompted Petersen to file his measure to prohibit legislators from taking campaign donations from regulated monopolies – and to deliver a “personal privilege” speech on the Senate floor.

“Now I know, and in one of those ‘gambling at Rick’s’ moments, I decided, or some people mentioned to me, that maybe donations made within this body or any body, does have some impact on public policy,” Petersen told his colleagues.

“Now I know, I’m shocked myself to hear that, but I thought it was worth putting forward legislation that would limit, if not prohibit, donations made by public service corporations, which are the very same monopolies that were subject to the jurisdiction of the State Corporation Commission in setting their prices, that would limit and prohibit those donations, to not only members of this body, but also to the third floor, and public officials that sit in judgment of those bodies.”

The “third floor” was a reference to the governor’s office.

Dominion has given more than $1.3 million to Virginia political campaigns since 2015 and about $14.4 million since the late 1990s, according to the nonpartisan Virginia Public Access Project.

Supporters of the 2015 legislation suspending the rate reviews say it was a good deal for consumers. Under that law, Dominion agreed to freeze its base rates, which make up over half of customers’ electric bills, for five years.

“Not only has Sen. Petersen introduced legislation to roll back advancements in solar energy and payment assistance for low-income families, but now he’s against the First Amendment,” said Dominion spokesman David Botkins.

“Our 16,200 employees – 9,000 of whom work in Virginia – are proud of the role we play in helping the commonwealth grow and improve. We believe our democracy works best when all participate, not when government chooses who can speak and who cannot.”

According to VPAP data, the 12 members of the Senate Commerce and Labor Committee who voted to kill the bill to resume reviewing Dominion’s rates received a total of more than $729,000 in donations from the company.

The two committee members who voted against killing the bill also received contributions from Dominion, totaling about $30,000.

Petersen himself has accepted $22,519 in campaign donations from Dominion since 2001, according to VPAP.

“If Dominion makes a written demand – in writing – I’ll write a check and give back the money,” Petersen said.

Dominion donations to the Senate Commerce and Labor Committee:

Here are the 12 senators who voted to kill SB 1095, which sought to resume reviewing Dominion’s electric rates.