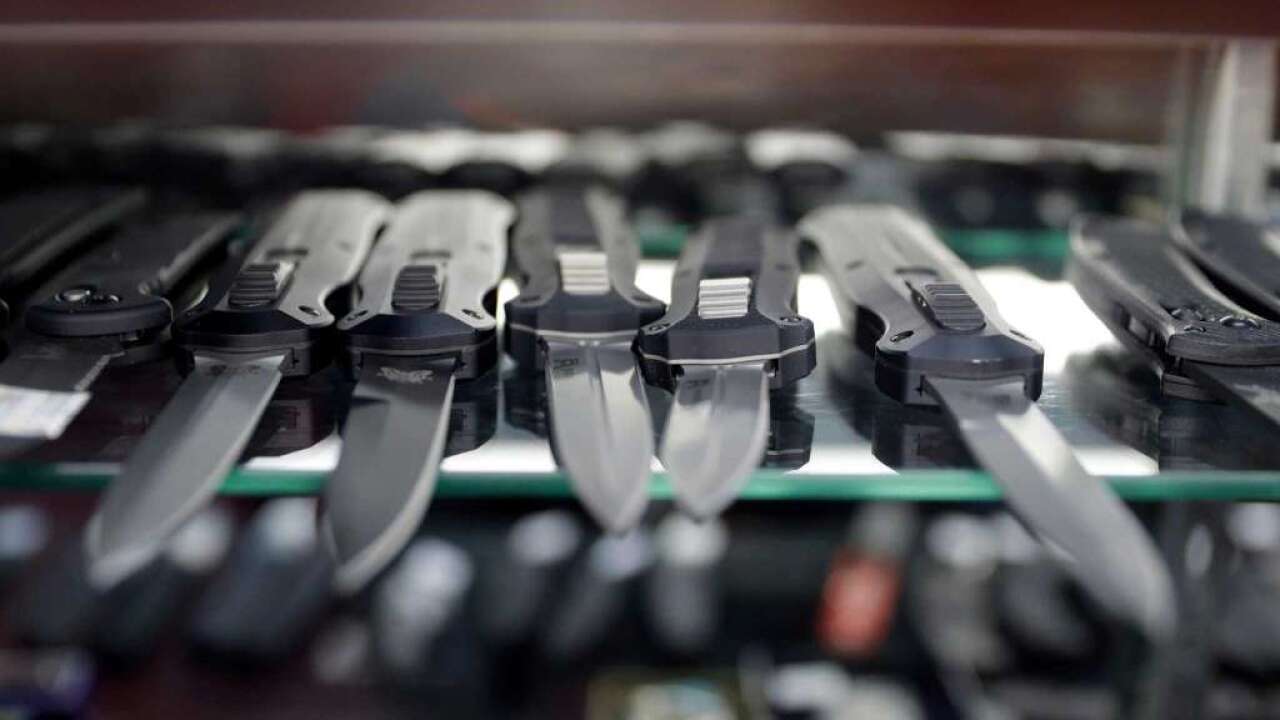 RICHMOND, Va. -- Virginians soon may be allowed to carry concealed switchblade knives under legislation moving through the General Assembly.

The House of Delegates voted 57-39 Monday to approve HB 1432 and send it to the Senate for consideration. The bill was sponsored by Republican Dels. Lee Ware of Powhatan and Scott Lingamfelter of Woodbridge.

The bill states, “Any person may carry a switchblade knife concealed when such knife is carried for the purpose of engaging in a lawful profession or recreational activity the performance of which is aided by the use of a switchblade knife.”

Ware said he proposed the bill on behalf of knife collectors such as the Greater Richmond Knife Club. He also said roofers and other workers use switchblade knives in their jobs.

“Look past the shining but disorienting name – switchblade – and look at the actual purpose and the actual words of the legislation, and join me in helping ordinary folks, hobbyists and tradesmen by voting on this bill,” Ware told his colleagues.

In addition to tool and knife groups, the bill has also been supported by Second Amendment rights groups.

Del. Alfonso Lopez, D-Arlington, spoke against the bill, saying its language is too broad and would allow people with bad intentions to legally conceal carry a switchblade.

He said the bill is well-intentioned but would have bad consequences.

“Switchblades were originally put into the code several times to keep these deadly weapons out of the hands of gangs,” Lopez said. “Dangerous and deadly weapons like these in the hands of a bad actor are not good for our communities to have around.”

Under current law, it is legal to own and open-carry switchblades in Virginia, but it is illegal to conceal-carry certain knives including switchblades, bowie knives and dirks. Dirks are small daggers.

Similar knife legislation has been approved in the Senate: