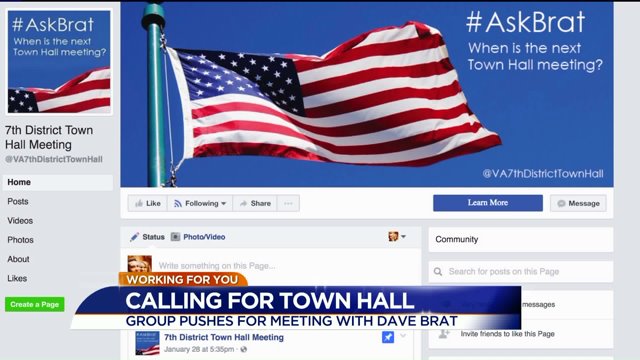 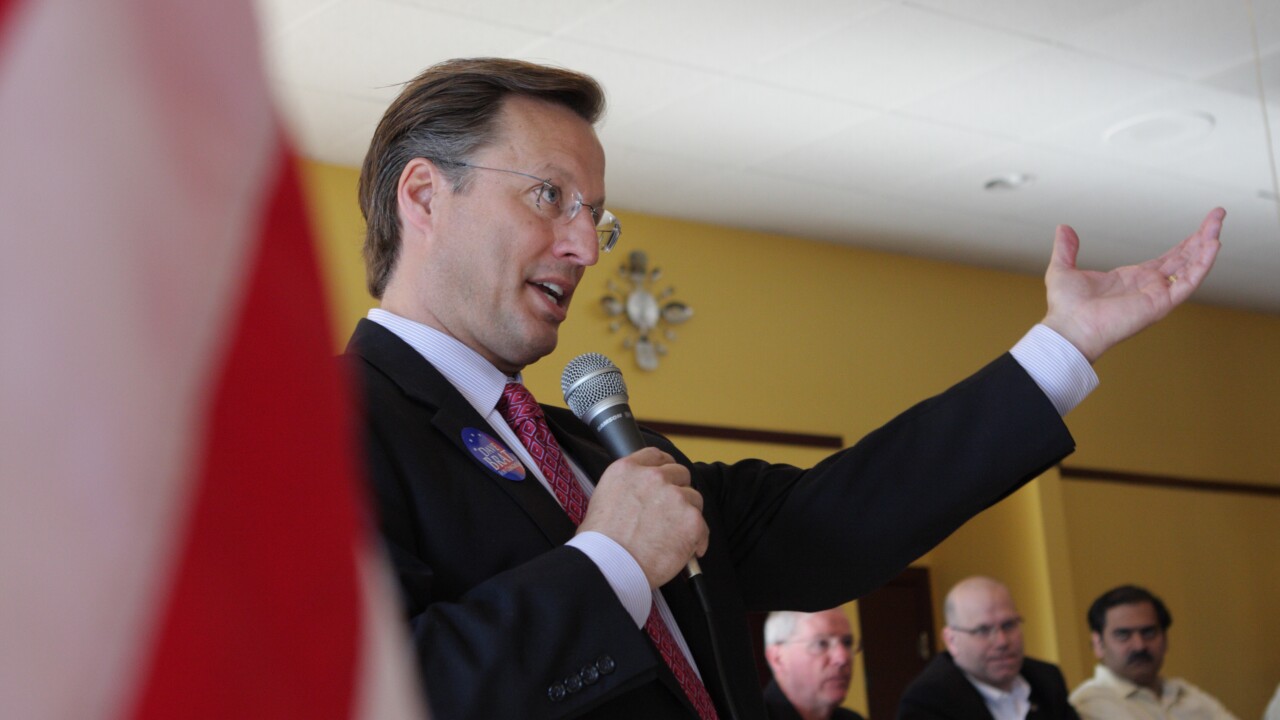 HENRICO, Va - Virginia Congressmen Dave Brat (R-Henrico) promised to hold a town hall with constituents of the 7th district after Congress finishes work on President Trump's first 100 day agenda.  Brat made the comments in a phone interview with CBS 6 after a group of his constituents created a Facebook page calling on Brat to hold a meeting open to the public.

"I know they want to have a town hall, and I'm more than happy to do that, but right now we're doing the first 100 days," Brat said.  "Everybody is busy, busy, busy right. If people want me to hold a town hall, you can bet I'm going to do it."

Brat told CBS 6 his congressional work in D.C. is five days per week right now.  The Congressman said he returned home this past weekend and visited eight counties in two days.

However, some of his constituents said they are concerned Brat is not being responsive to their requests to voice their concerns.

The "7th District Town Hall Meeting" page has nearly 700 followers, although CBS 6 cannot independently verify how many are residents of the 7th district.

A group of protesters gathered outside of the Hanover Tavern this weekend, where Brat spoke at a private event.  A video posted online shows Brat telling the audience that "the women are in my grill everywhere I go" since the planned repeal of the Affordable Care Act has grabbed headlines.

The activist who obtained the video told CBS 6 they did not think Brat was specifically commenting on the group of protesters outside the event.

Alsuin Preis, a mother of three, lives in Brat's district.  Preis said she has called Brat's various offices multiple times over the past two weeks inquiring about his next public meeting, but she said she has not gotten concrete answers.

"They're always very nice, but have no answers for me," Preis said.  "This is not about going to a town hall about haranguing Dave Brat or just throwing out jabs. We want to discuss our concerns."

Preis said she met with organizers of the Facebook group.  She said the majority live in the 7th district, and some even voted for Brat when he upset Eric Cantor in 2014.

In an interview with CBS 6, Brat said he had not heard calls for a town hall prior to President Trump's inauguration.  An hour after being contacted by CBS 6, Brat posted an explanation of his views on a variety issues, and reiterated that he plans on holding a town hall meeting in the near future.

Preis said she and others plan to hold him to that promise.

A review of the official website of Virginia's 11 congressional representatives shows that only Republican Bob Goodlatte publishes a schedule of public meetings he hosts in his district.