How long colder trend will last; temps will stick close to normal

Lows this morning dropped into the 20s for many locations.  The official low was 25° at 4:25 a.m. at Richmond International Airport.

Our pattern has shifted and will be a more seasonable one in the coming weeks.  Highs for the week ahead will stay in the 40s to lower 50s.  The normal high for this point of the month is 48°.

Other than Wednesday, morning lows will stay below freezing over the next week.  The normal low is 29°.

It looks like this colder trend will last until at least mid-February.  Temperatures will stay fairly close to normal and will occasionally dip below normal.  There will be some mild days here and there, but nothing compared to recent weeks. 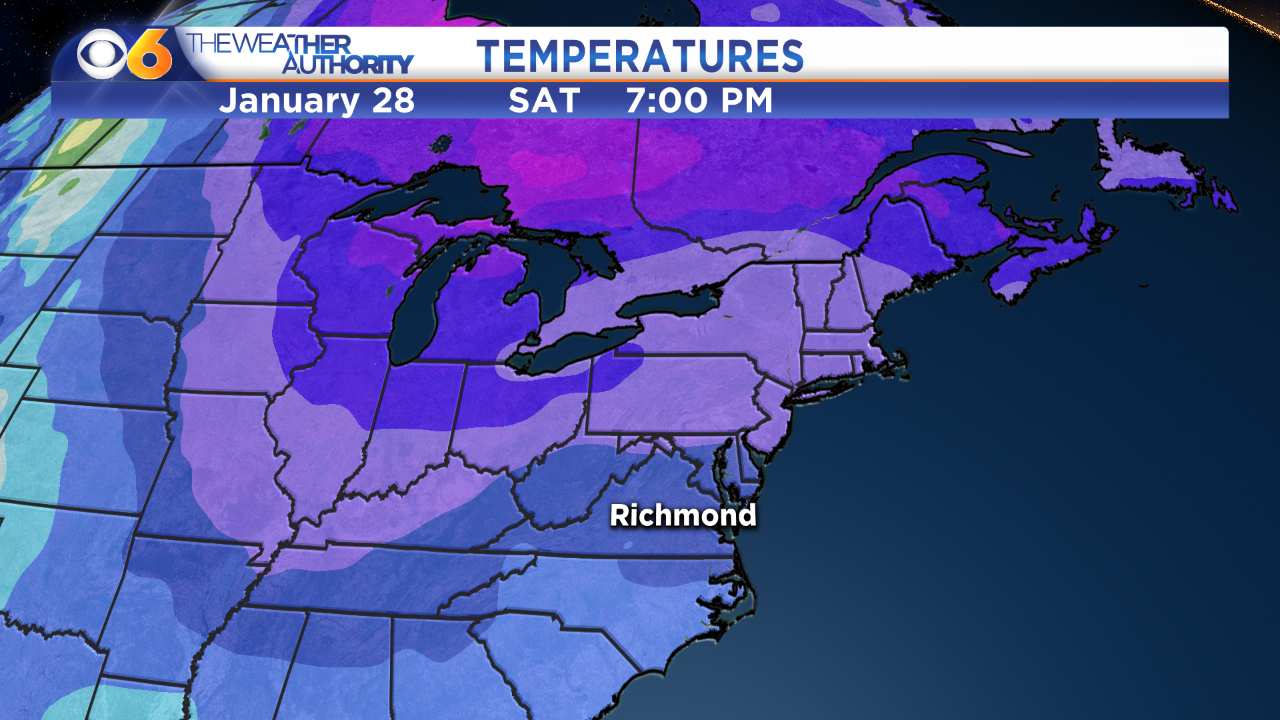