HENRICO COUNTY, Va. -- A man has been transported to the hospital and a dog is dead after a house fire in the 100 block of N Elm Street in Highland Springs Friday night.

Henrico fire crews battled the fire for over 30 minutes before it was marked under control, according to Henrico Fire spokesman Capt. Taylor Goodman.

At one point, additional fire engines and ambulances were requested on scene, according to the Henrico Fire Public Information Officer Twitter page. 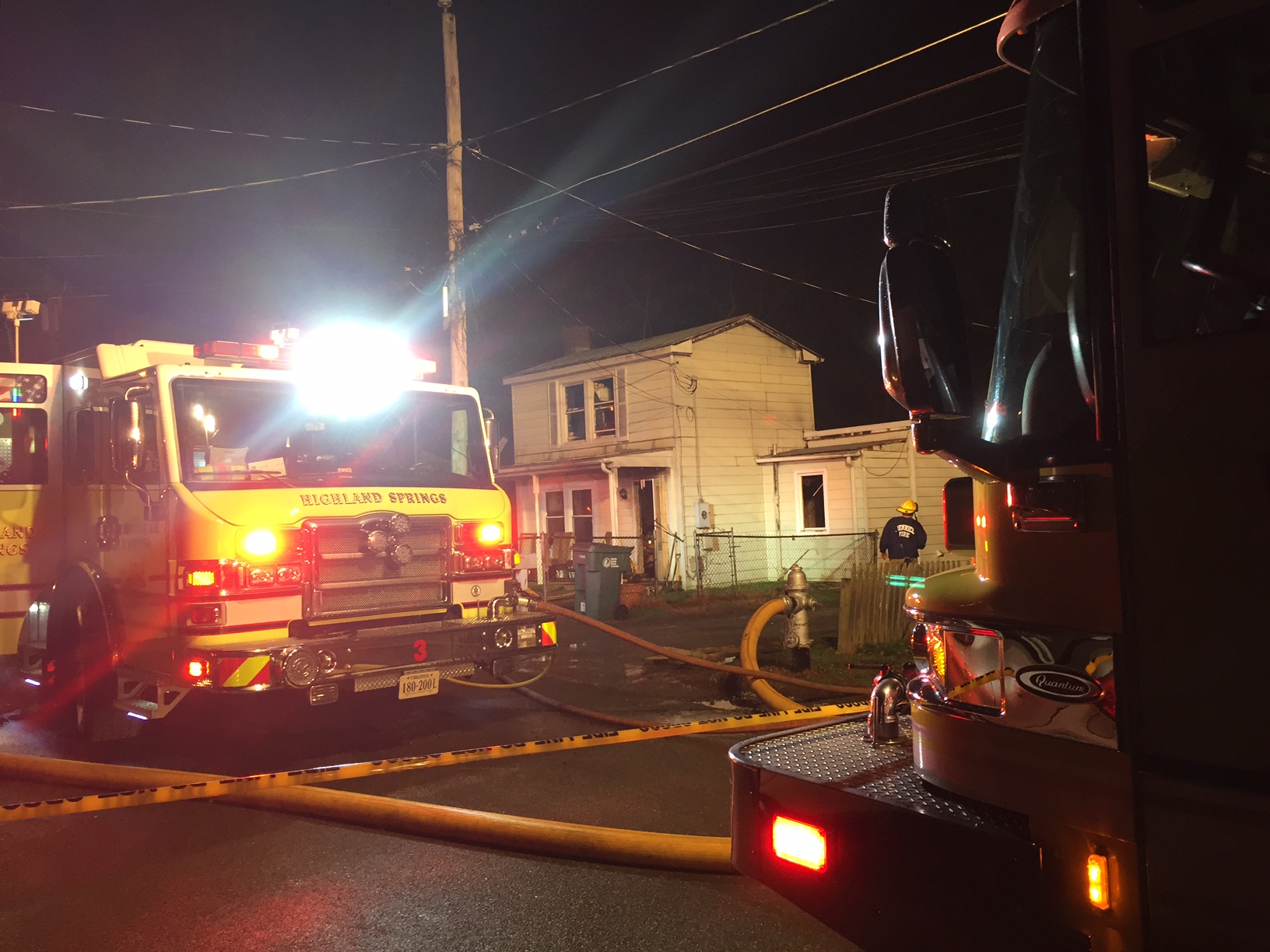 One adult male was injured in the fire. He was transported ti a local hospital with serious but not life threatening injuries, said Goodman.

Two dogs were also pulled from the home, according to Goodman. One dog was rescued, but the other died.

There is no word on the cause of the fire at this time.