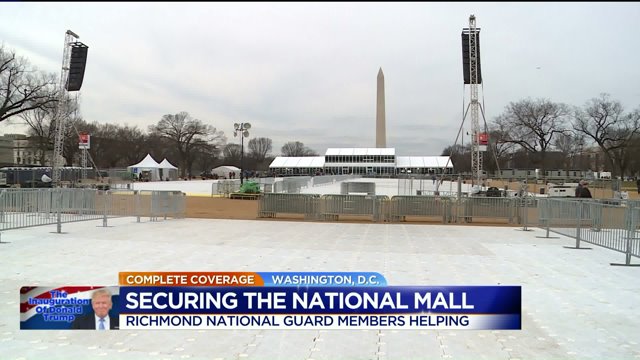 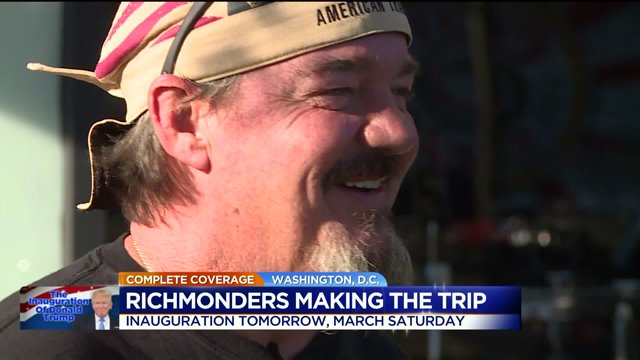 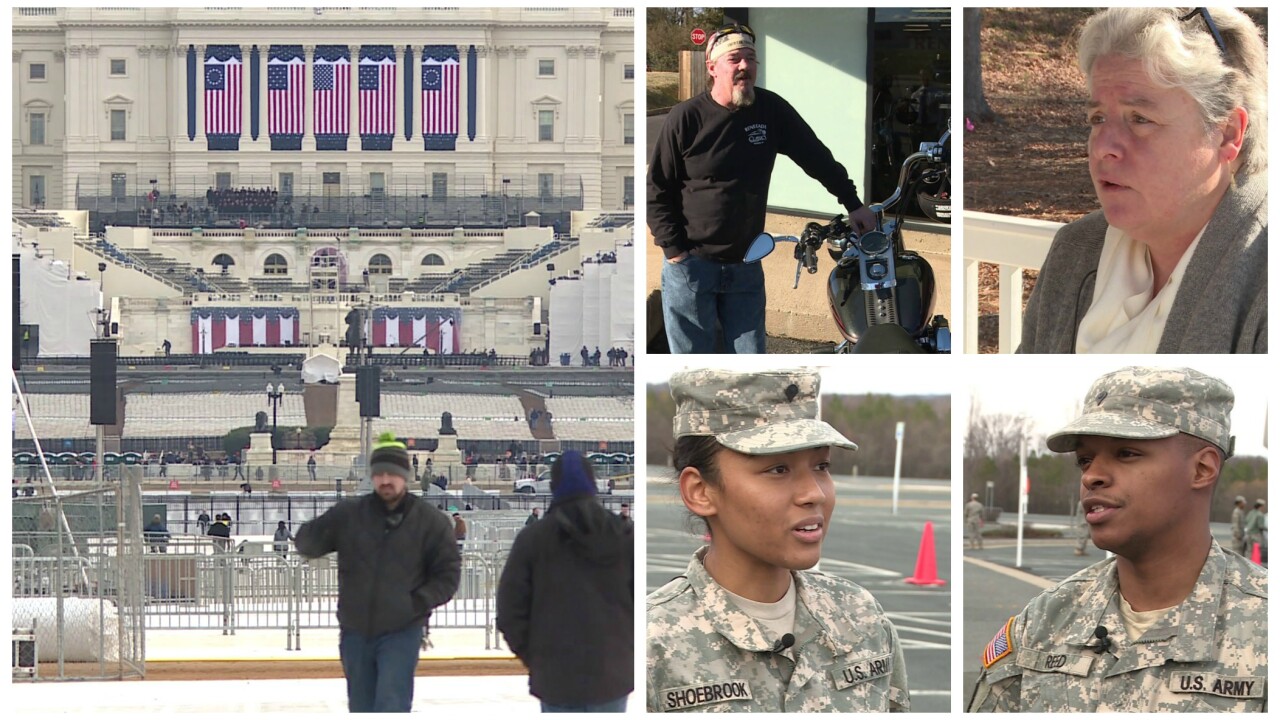 WASHINGTON – President-elect Trump has arrived in Washington and so has hundreds of Virginians who are expected to attend his inauguration Friday afternoon.

In fact, 200,000 people are expected to attend the inauguration of the 45th President of the United States.

One of those supporters flocking to the district is Dave Agee from Henrico. He calls himself a biker and a life-long conservative. He said that Trump’s economic message resonated with him.

Agee is leading dozens of bikers from Richmond to D.C.

He said another reason why he is attending the event, is because he wants to support a larger movement to protect the right of Trump supporters to celebrate.

“We’re going up there to have a good time,” said Agee. “That’s what it’s all about, and we want to make sure everyone else is afforded that good time."

Planned protests like the Women’s March on Washington will take place on Saturday, one day after President-elect Trump is inaugurated.

One of the woman who will protest Saturday is D.C. native Susan Bernick who now lives in Midlothian.

Bernick described herself as a liberal and says she’s attended protests on the National Mall since the Vietnam War.

She said she still wonders how some voters could ignore some of Trump’s “demeaning comments.”

“They liked the bluster, but they didn’t take him seriously. And he’s as serious as a heart attack," she said.

Bernick went on to say that first amendment expression is a corner stone of democracy and every American should respect it.

One of the officials who will be in D.C. to make sure everything goes smoothly is Specialist Danielle Shoebrook with the National Guard.

Shoebrook will work from Redskins’ Fedex Field, the operations base for the National Guard this weekend.

She’s a VCU student who is now charged with coordinating guard personnel.

“Usually, I end up staying up really late, taking care of things, getting in contact with people. It`s a lot,” she said with a laugh.

Securing D.C. is big task with an estimated 200,000 people expected to pack the National Mall Friday.

Specialist Joseph Reed lives in Forest Hill, but he will be stationed by the Washington Monument.

Because of the divided politics in the country, Reed says the potential for an unruly crowd is at the top of mind.

“Keep a clear mind, expect the unexpected, and be ready for anything,” said Reed.

Another Richmonder in the District for the historic weekend is Sgt. Timothy Mahanes who currently works for Richmond Public Utilities.

“We’re making history out here. The 58th Inauguration and we’re a part of it. It feels amazing,” he said.

He’s currently a sworn DC Police Officer like hundreds of other guardsmen.

He said he understands the enormity of the job this weekend, but the challenge also brings him within steps of American history.

“This is the biggest mission I’ve undertaken in my 10 years in the Guard,” said Reed. “I’m just so proud to be a part of it."