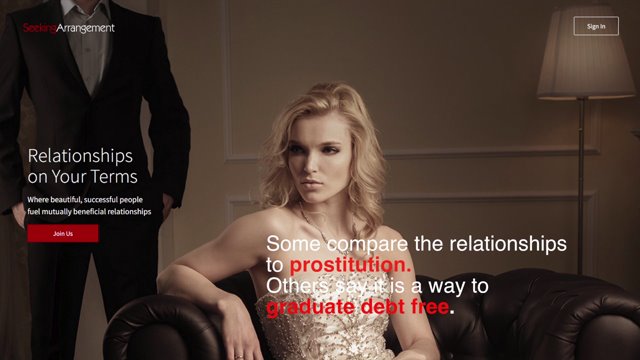 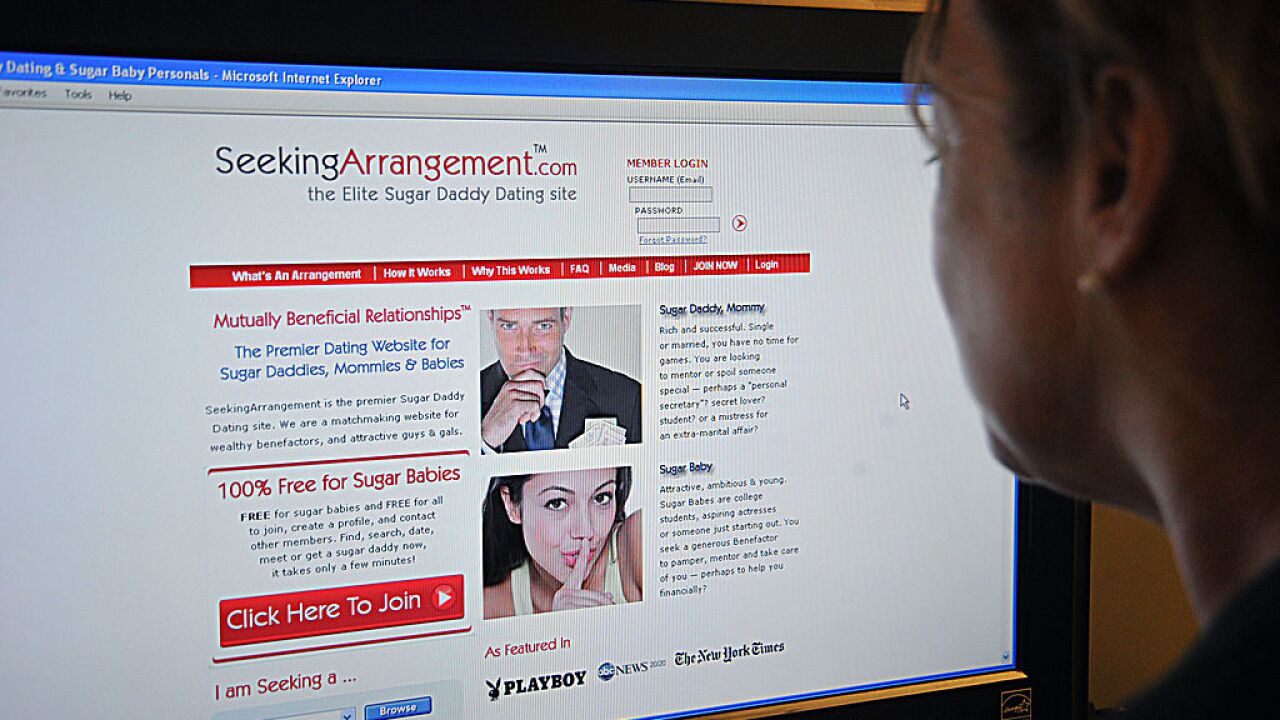 RICHMOND, Va. – A website claims that more college students are using their services to seek an arrangement with a “sugar daddy” that provides financial help.

The dating site SeekingArrangement.com, which connects wealthy men with women (or several variations of that equation) looking for financial support, reports that over a third of their global users are now college students.

While some compare the practice to prostitution or question the morality of trading money and gifts for affection, the website touts the sugar baby/daddy relationship as a way for female or male students to graduate debt free.

The discussion surrounding such relationships is certainly complex.

An organization that helps victims of human trafficking decided to host an event when they heard that a local college, Virginia Commonwealth University, ranked 7th nationwide for new growth in “sugar dating.”

The group hoped to explore the complexity of sugar baby relationships, and examine if they are different from the client-prostitute transaction.

This August 9, 2011 photo shows a journalist reading the SeekingArrangement.com dating website in Washington, DC. - On one hand, a man of a certain age, with deep pockets. On the other, a young woman, cute and penniless. Sugar Daddy and Sugar Baby will be able to meet and "hug" via a website that speaks American money without complexes, but rejects the word prostitution. AFP PHOTO / Karen BLEIER (Photo credit should read KAREN BLEIER/AFP/Getty Images)

Wallace said that she has been speaking for the past year and a half to women who use the website, to get their input on the decision to have a “sugar baby” relationship.

"A lot of them get into this thinking they won’t have to have sex. Thinking this is a mutual relationship, he wants someone to look good and I look good. And that’s the end of it," said Wallace, who added that often, that isn’t the end of it.

Wallace said people who “sugar date” are often scared of judgment from friends and family, and their isolation could ultimately leave them compromised.

She explained that a woman might go off with a sugar daddy on a retreat or date and not let anyone know where they are going; something that can be dangerous if the woman has no escape.

“It has the potential to go into a situation that can cause harm, like a trafficking situation,” Wallace said. “It’s the isolation of the victims that are similar; it’s the unequal power of the relationship that people are going into.”

Her message to students was ultimately one of non-judgment; she said rather it's an effort to make sure women have resources to stay safe.

"…It is not that we come at this from judgment, it’s not that we are trying to say that what you’re doing is wrong,” Wallace said. “…If you enter into this relationship, we want you to be safe.”

Sex isn’t the only motivator for sugar daddies, according to Brandon Wade, the founder and CEO of SeekingArrangement.com; some also want to help a struggling young woman.

He said most of the men on the site begin communication with potential sugar babies by asking them why they’re looking for a sugar daddy. He’s found that women who say they need money to pay for school get asked out more often than those who admit they want cash for breast implants, for instance.

A Richmond woman, who said she has used the site for four years, signed up for the service because she needed help with medical bills.

"It ended up being fun and an escape from my boring life," said the woman, who wished not to be identified by her full name, but whose handle is LetsPlayRVA.

She said she has had around seven "sugar relationships", but had the same sugar daddy for two years and that she receives a average of $450 every two weeks.

As far as any advice, LetsPlayRVA wants women to know that they should never give out their address or real name.

"They also need to not accept $50 for hanging out one time," she said. "They do not have to have sex either, but they must lay out their expectations. Sugar Daddies try to negotiate financials and what they will offer. They just need to stand their ground."

Atlanta-based licensed mental health therapist Harrison Davis previously said in a CNN interview that sugar relationships are all about power and youth.

On one hand, Davis said, these relationships remind the men of a more carefree time in their own lives. On the other hand, there’s a great sense of control.

“They can take things away and limit the amount of money they’re going to spend on the young lady. They can steer (the relationship) into any direction they want to," Davis said.

LetsPlayRVA said most men on the site locally are married and that many users now signed up "couldn't keep a long term Sugar Daddy."