RICHMOND, Va. – In celebration of Martin Luther King Day, hundreds of Richmond-area elementary and middle school students painted a banner with a special message in honor of the civil rights icon.

The banner reads "Honor Martin Luther King build bridges between one another.”

Sabot at Stony Point, a school for preschool through eighth grade, says the message is a tribute to one aspect of Dr. King’s legacy.

Irene Carney, Head of School at Sabot at Stony Point, said Martin Luther King Day has become one of the school’s favorite traditions.

“We decided several years ago that we would rather honor Dr. King's legacy by spending an intentional day together than by taking the day off from school,” she said. 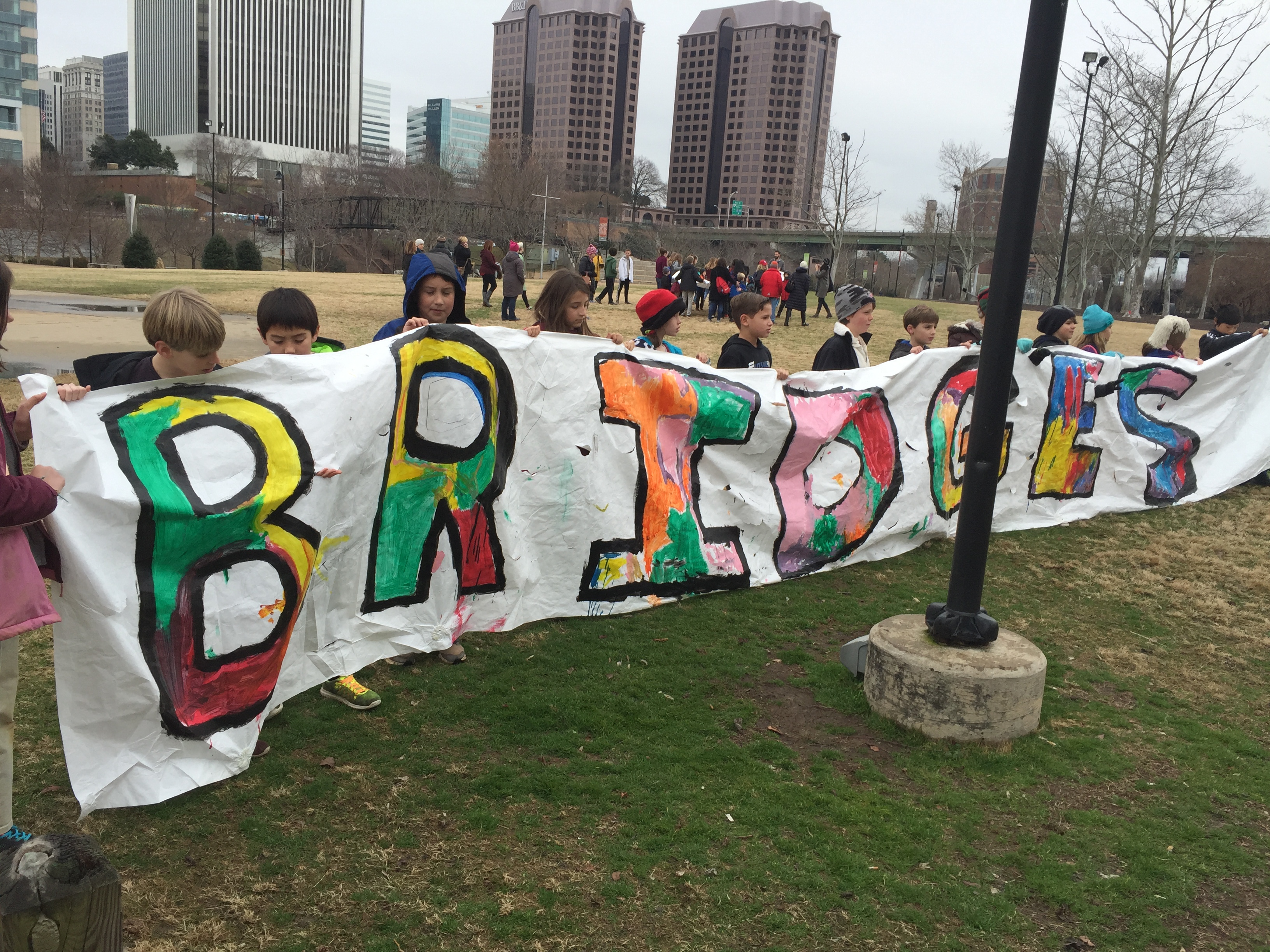 In previous years, students participated in community service for MLK Day including providing gifts, flowers, and cider for people in Monroe Park and cleaning city parks.

“Each year, the faculty plans an experience that we hope will bring our students into reflection and new understanding about the importance of Dr. King's life and work,” she added.

Students, teachers, and parents gathered Monday on Brown's Island and the Tyler Potterfield Memorial bridge in downtown Richmond to hang the banner over the city's landscape.

“I noted to the students and parents that our time on the bridge today was not in the spirit of protest, but rather in the spirit of a promise - a promise to continue to be open to one another and to build stronger connections in our diverse and wonderful city,” said Carney.

This year’s message wasn't a quote from Dr. King, but a tribute to him.

“We began with a quote widely attributed to Dr. King: "Build bridges not walls" and went from there,” she said.

All of the school’s 190 students, from preschool  through 8th Grade, worked on the banner last week in preparation for Monday’s MLK Observance event.

In fact, each class of younger children was paired with a class of older students to paint the banner.

As students painted the banner together, they were asked to think about “how do you build bridges to another person?”

“This week of reflection, culminating in the MLK Day event, is meant to focus on the power of building bridges to develop compassion, empathy, and connection - and to help children think about how they can participate in the larger community,” the school wrote on their Facebook page.