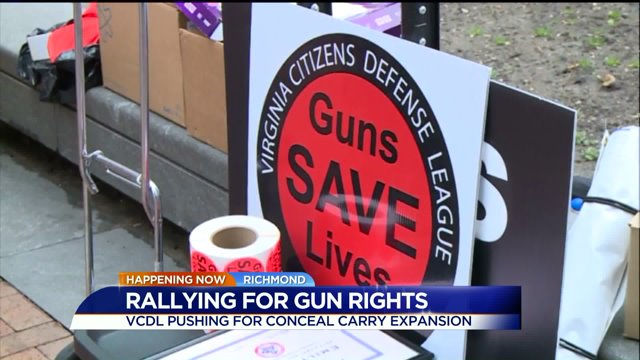 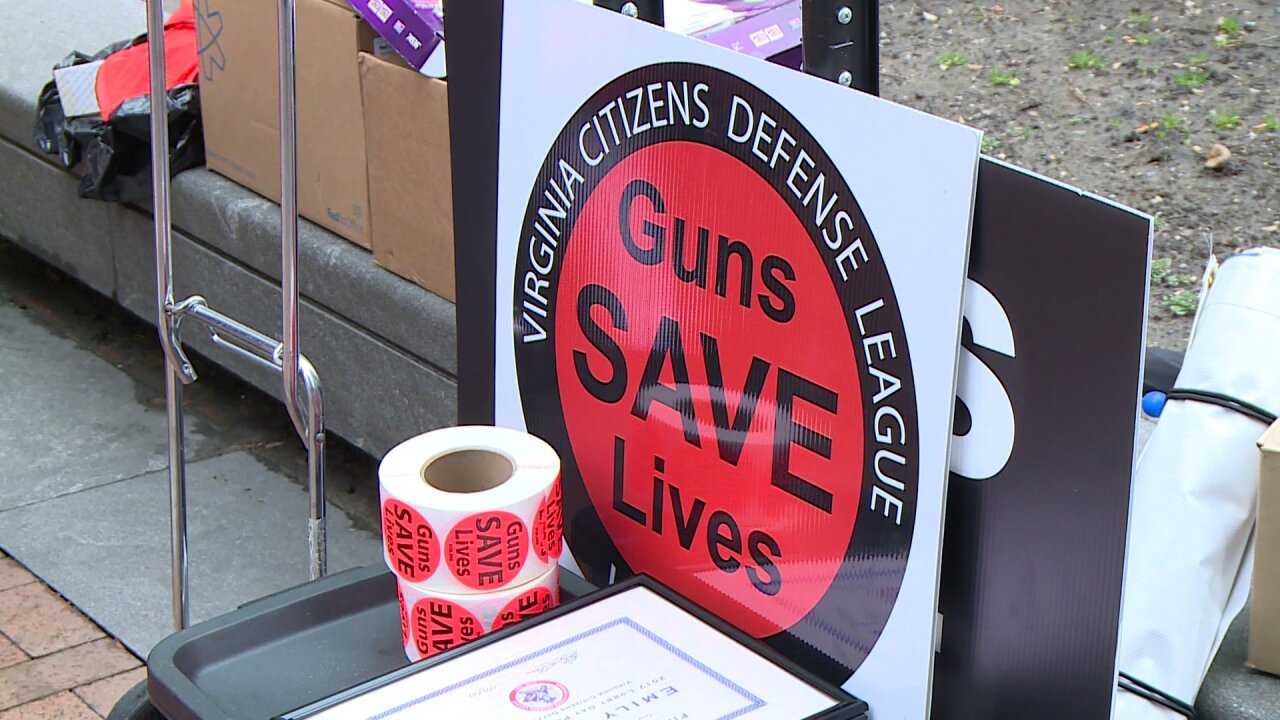 "Bills that would simply further chip away at the rights of people who are already law-abiding gun owners and would continue to impose a chilling effect…on the exercise of those rights," Pierce said.

Philip Van Cleave is president of the organization.

"The whole concept that you can control guns and we couldn't control alcohol in the 20s and we can't control crack cocaine now, it's ludicrous,” Van Cleave said. “It won't work.”

Thousands of Virginians descend upon state capitol for Lobby Day at the Virginia General Assembly.

"They want to take state control and allow local government to put up their own gun bans,” he said. “That's a horrible system.”

"There’s the first step toward registration that's being put forward,” Pierce said. “We already have Supreme Court precedent that says criminals don't have to register their firearms so this would put a burden on law-abiding citizens without doing anything to fight crime.”

Both men are in support of a few measures, like allowing less lethal weapons to be carried with a concealed permit, and constitutional carry.

"Allows you to carry conceal without a permit. We'll keep the permit, but you won't need it in Virginia," said Van Cleave.

"The notion of permit-less carry is something I do not support,” said Lori Haas, with the Coalition to Stop Gun Violence. “We do not need everyone carrying a concealed firearm everywhere.”

Haas is also lobbying for bills targeting people that she says shouldn't have guns in the first place.

"States across this country that have strong laws have fewer rates of gun deaths,” said Haas. ”It's factually correct.”

The group Virginians for Responsible Gun Laws also rallied at the Capitol, with a vigil held at 2 p.m. Monday.

"If it works so good, why did Illinois have 4,500 people shot in Chicago alone?” Van Cleave said. “Why does D.C. have double the crime rate? They have background checks. It doesn't work."