Train slams into car stuck on tracks in Ashland

ASHLAND, Va. -- Less than 24 hours after a freight train slammed into a car in Ashland, officials confirmed another vehicle was hit by a train near the town's historic train station and Randolph-Macon College Sunday night.

Chip Watts with Ashland Police said officers were called for a report of a car on the tracks at England Street and North Center Street around 6:25 p.m.

Video from VirtualRailFan.com captured the moment a green sedan attempted to make a left from England onto North Center Street.

The car turned too soon and ends up driving off the elevated crossing and onto the rails -- getting stuck between the double tracks that run through the town.

A man and woman inside the car made it out of the car in time and Watts said no one was injured.

Video then showed a CSX train moving slowly heading for the car with its whistle sounding continuously.

A worker at a nearby restaurant said first responders notified CSX, but that the train was too close to be able to stop completely.

In fact, just seconds after hitting the car, the train came to a stop and its second locomotive could be seen in the camera’s frame.

As of 8 p.m., Watts said the scene was still active and that officers were investigating the cause of the accident.

A man who has lived in the area his entire life said he has heard about accidents like this before, but has never witnessed one.

“It happens quite often to my understanding, but this is the first time I’ve ever really come up on one," Jim Stevenson said. "It was kind of scary.”

Another train slammed into a car about a mile down the tracks at the intersection of Ashcake Road and Center Street around 9:30 p.m. Saturday.

"The vehicle is still stuck on the tracks the trains not going anywhere," a witness told WTVR CBS 6.

Video from a WTVR CBS 6 crew on the scene showed a white sedan lodged under a tanker car around 11 p.m.

Watts said no one was injured and that the incident also remains under investigation.

Officials also said it was unclear how that car ended up on the tracks. 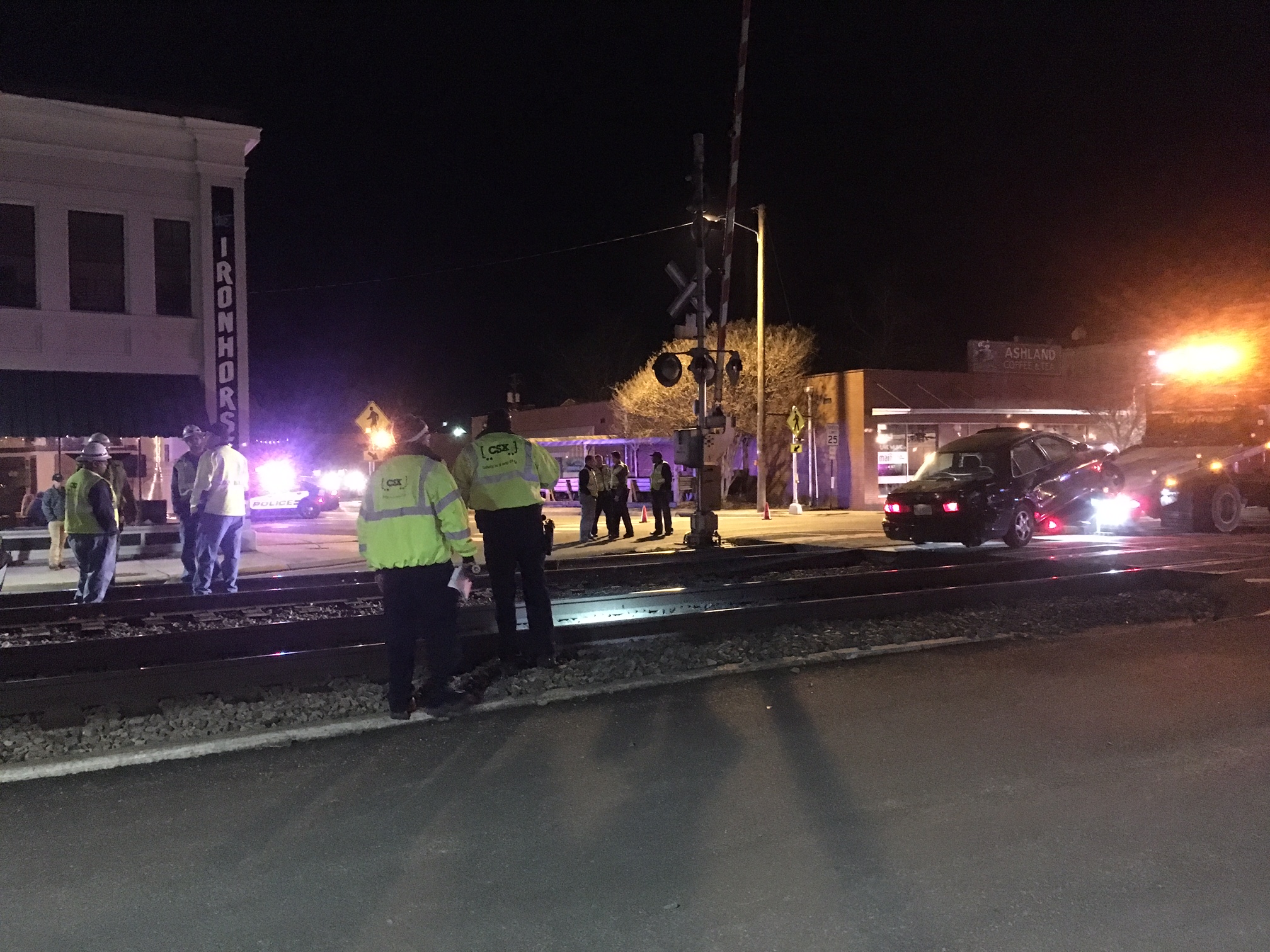