MIDLOTHIAN, Va. -- Twenty years after she said "I do," Carolyn Davidson realized the wedding dress she had cleaned and preserved following her wedding was not her dress. Now the Richmond mother has turned to social media in an effort to solve her wedding dress mystery.

Carolyn discovered the dress was not her wedding gown in December when she open the box, for the first time, to celebrate her 20th wedding anniversary.

"I had gotten the idea that I would try on my dress again, and then wear the jacket out to dinner with another dress I had found," she said. "I was so excited that I called our son upstairs to look with me as I opened it up. I saw the jacket on top and smiled. I started to pull the dress out. Then my smile went to something more like [shock]. The dress in the box with my jacket, veil, and undergarments is not my dress. It is a beautiful dress. But not mine." 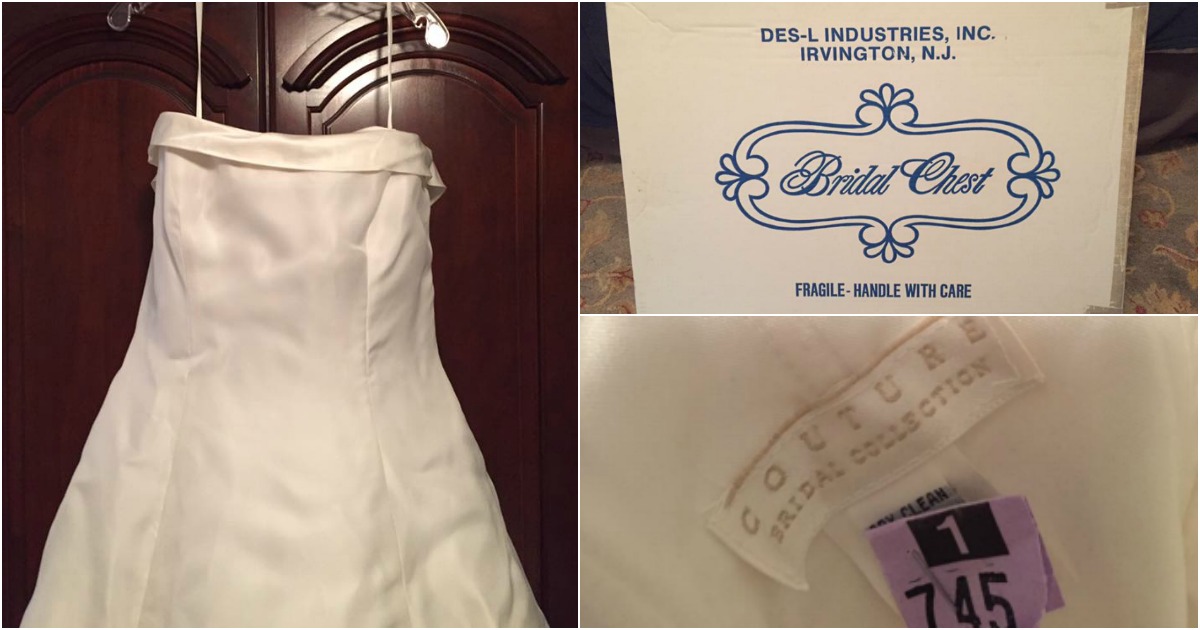 "What if this other woman has a daughter? A daughter who looks at her mother's portrait and dreams about the day she will walk down the aisle on the arm of her father in the same dress? It pains me to think of the disappointment they will have, because I know exactly how they will feel," she said. "Please share this with as many people as you can, particularly if you remember seeing someone in a dress like this."

Carolyn said it would be nice if the rightful owner of the dress was also the same person who has had her wedding dress all these years.

"That would be the proverbial icing on the wedding cake," she joked.