Compton teen gets into Harvard; thanks his mom 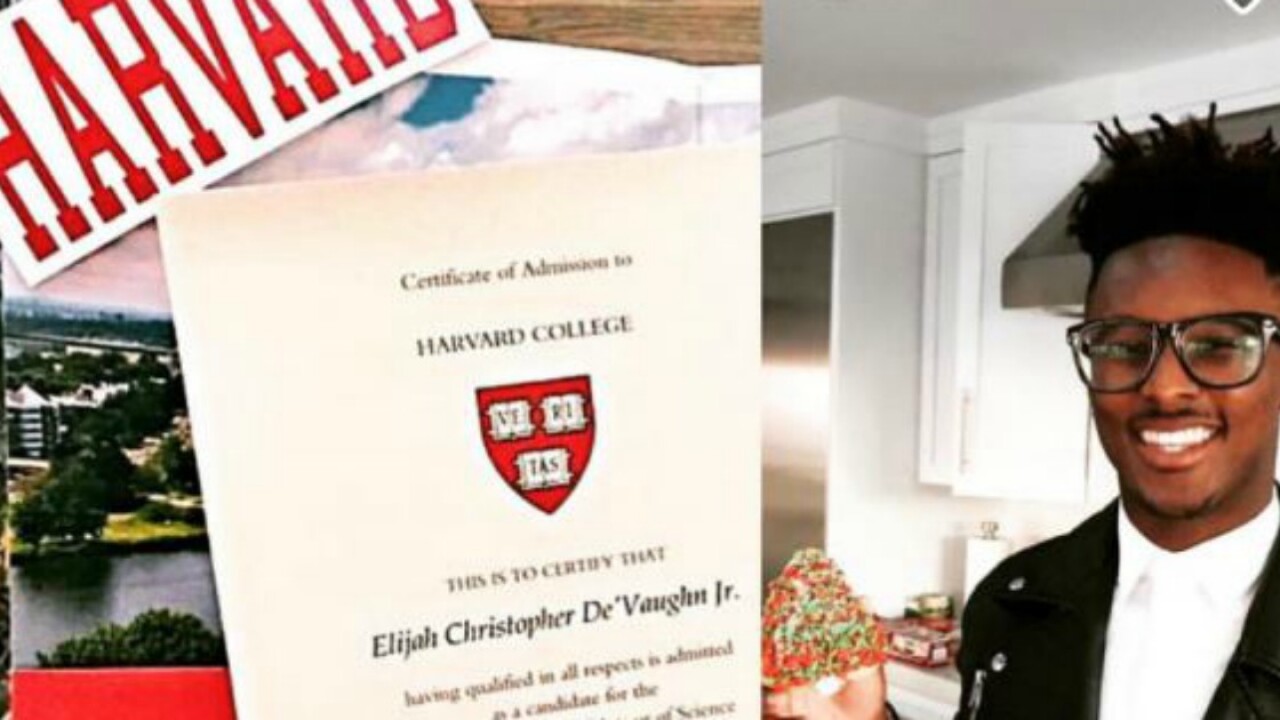 LOS ANGELES — Five percent. Those are your chances of getting into Harvard.

A Compton, California, native crushed those odds though, when he accepted an offer to attend the highly-selective university.

Growing up, he says he would frantically duck for cover when he heard the ricochet of gunshots outside his bedroom window.

“It was a struggle. It was rough,” Devaughn says of his time growing up in Compton, where only a little over half of students graduate high school.

His mom Sherree would take him to Skid Row, a low-income area in downtown Los Angeles, to show him what life could become.

On weekdays, he travels over an hour to get to and from school at a Los Angeles suburb. His mom says the hard work and struggle was worth it.

“We’ve had our hardships but I always saw something special in EJayy,” his mom says. “All of that work paid off.”

He’s also captain of his high school’s football and track teams, a member of the Honor Society and chair of the school’s peer mentoring organization.

Oh, and he’s fluent in Spanish.

Devaughn considered Yale, Princeton, Brown, Columbia, Dartmouth and Stanford, but Harvard was his first choice. He says he looks forward to studying with like-minded students as himself, although he knows it’ll be a challenge.

“There’s beauty in being a small fish,” he said. “I was told when I go to Harvard, I won’t be the big fish anymore. And that’s okay.”

While Harvard awarded Devaughn tuition, room and board, his mom set up a GoFundMe campaign to help with books and other school expenses.

Devaughn hasn’t decided on a major, but he has an idea of where he’ll be in 10 years.

“Umm, maybe med school, maybe Wall Street, or maybe an actor on somebody’s stage,” he says. “I don’t know, but I will be somewhere great. I know that.”