McAuliffe calls for changes: ‘As a taxpayer you ought to know’ 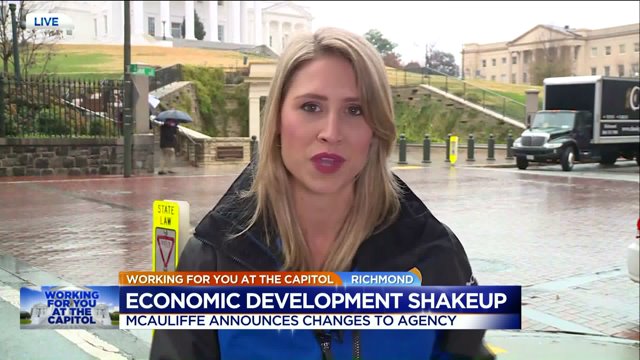 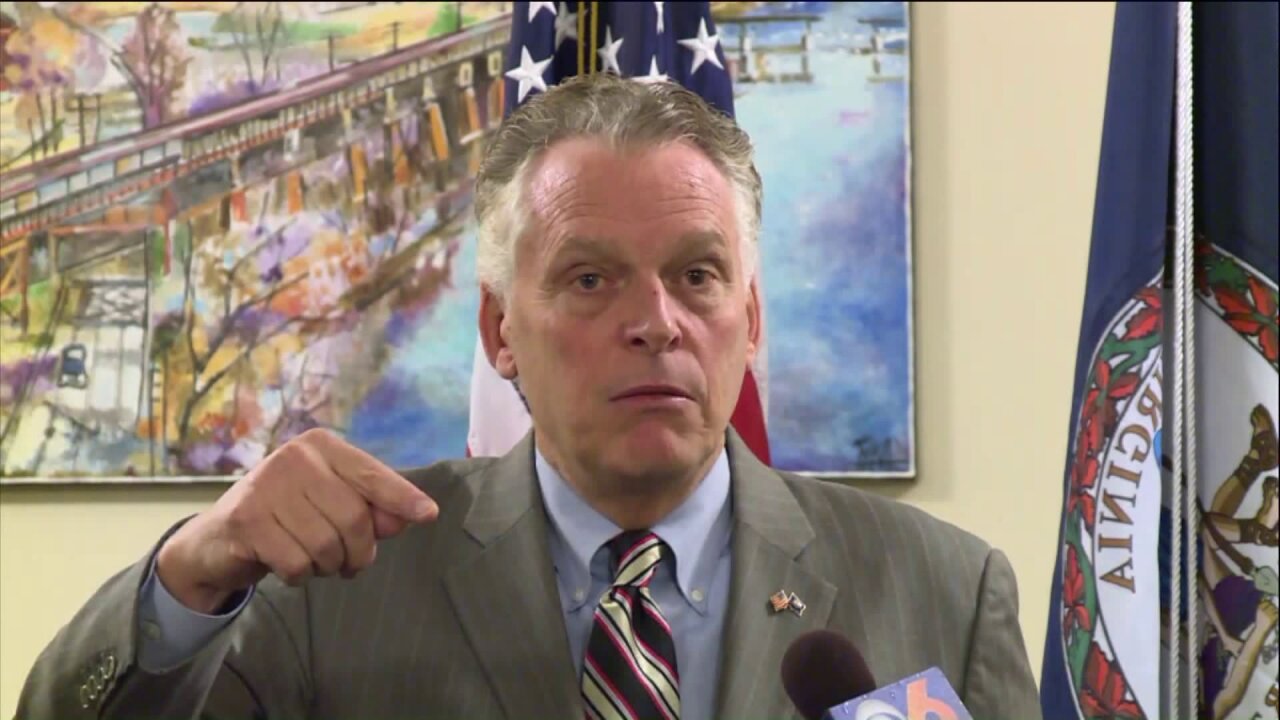 Gov. McAuliffe will introduce legislation in the 2017 General Assembly session to strengthen oversight, accountability, and management at the state’s leading economic development agency.

"The legislation we are announcing today will strengthen weaknesses in the management of the Virginia Economic Development Partnership and put the organization on the path to become the economic driver for our Commonwealth we know it can be," Governor McAuliffe said. "Presently, VEDP is run by a volunteer board that is responsible for making decisions about the organization’s future, including hiring its CEO. That situation can lead to a lack of accountability when difficulties arise, like those we have seen presented in a recent report by the Joint Legislative Audit Review Commission (JLARC)."

The recent JLARC report showed the VEDP handed out tens of millions of dollars in grants based on promises companies made, but the never actually monitored those companies' performance.

McAuliffe said every single taxpayer in Virginia should be concerned because as things stand, there isn’t enough transparency nor accountability with the VEDP and how it’s using taxpayer dollars.

"At the end of the day, you invest, you give a company incentive dollars. They agree to what they're going to do in order to get those incentive dollars," he said. "You as a taxpayer you ought to know, 'Are they meeting these benchmarks that were sent out for your taxpayer dollars to be invested?'"

Lieutenant Governor Ralph Northam could create a culture of accountability by establishing two new functions – one, a Department of Grant Administration and two, and Internal Auditor.

"Combined, these offices will manage all of VEDP’s administered grants, and with the auditor, we will be able to conduct routine audits of any function of VEDP," he said.

"Their reforms tinker around the edges of VEDP operations and fail to address the more fundamental issues with the administration’s approach to economic development," he said. "These modest changes come three years into the administration and only after an embarrassing public report. This legislative package, like most of the McAuliffe-Northam economic strategy, was designed to be a press release, not a solution."

According to the Governor's office, McAuliffe's proposed  legislation submitted to the General Assembly to strengthen management and oversight at VEDP will:

Restructure the VEDP Board to increase oversight and accountability
• Make the Secretary of Commerce and Trade the permanent Chair of the all-volunteer VEDP board in order to professionalize the board and increase executive oversight.
• Increase accountability on the VEDP board by shortening appointment terms from six years to four.
• Align VEDP with each governor’s agenda by structuring appointments to give each sitting governor a majority of the board appointments within the first two years of his or her administration.
• Give the Governor the flexibility to get the right board members for the job by eliminating the requirement that every congressional district must be represented through the governor’s appointments.
• Require appointees to have expertise in certain areas of the Virginia economy, including economic development at the regional and local level.

Strengthen VEDP’s organizational management and internal oversight
• Require the CEO to work with the Governor at the beginning of each gubernatorial administration to develop a comprehensive economic development policy.
• Require the CEO to develop a comprehensive operational plan that shall be approved by the Board and will govern the organization’s day-to-day functions.
• Require the VEDP CEO to report to the VEDP Board quarterly on the implementation of the organization’s economic development strategic plan and operational plan.
• Create a new division within VEDP to manage and administer all VEDP incentive programs and enforce statutory requirements for the programs.
• Create an internal audit division that conducts periodic audits of VEDP activities and reports directly to the Board.