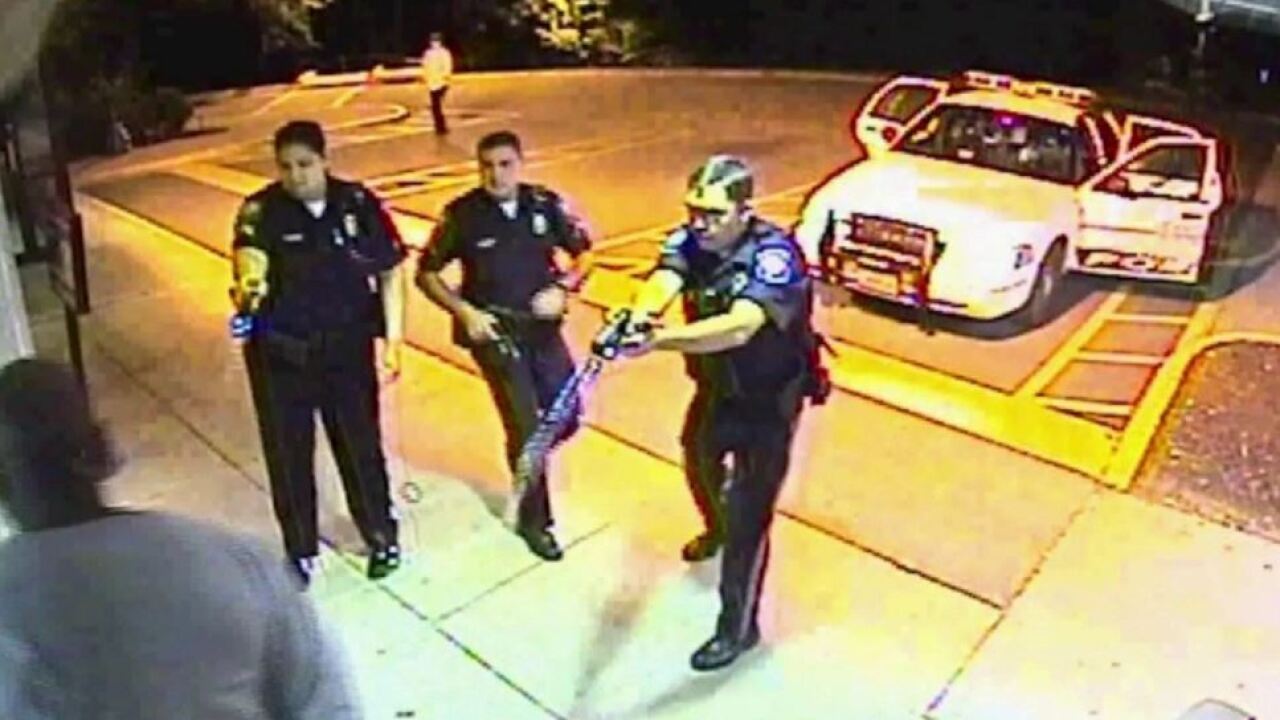 Lambert was tased about 20 times.

SOUTH BOSTON, Va. — A $25 million lawsuit filed by the family of a man who died after he was stunned multiple times by police has been settled. The AP initially reported the settlement, which was later confirmed by CBS 6.

Terms of the settlement between Linwood Lambert’s family and South Boston Police were not disclosed.

Earlier this year, a federal review determined that three South Boston Police Officers did not use unreasonable force against Lambert, who died after he was Tasered 20 times in 2013. The independent review followed the state’s decision in May not to prosecute the officers.

The officers were responding to several 911 calls from people complaining about Lambert behavior at a motel.

The officers did not arrest Lambert, but instead transported him to the hospital.

In front of the emergency room entrance, Lambert raised his feet and kicked out the glass of the rear passenger door of the police car and ran from the vehicle, with his hands cuffed behind his back. Lambert violently collided shoulder first with the ER entrance door.

Officers followed him and immediately Tasered him. The officers Tasered him several more times and physically struggled with Lambert as he resisted their efforts to apply leg restraints and failed to comply with their commands.

The officers then raised Lambert to his feet and escorted him to a patrol car.

While in the backseat, police said Lambert mumbled incoherently, rocked his body in all directions, remained conscious with his eyes open, and banged his head against the interior of the car.

Police said they feared he would again kick the windows and they used their Tasers in an attempt to compel compliance.

It is considered a violation of police rules to Taser someone with their hands and feet restrained.

When that failed, the officers pushed Lambert in a seated position and fastened the seat belt. When they arrived at the jail sally port, Officer Clay discovered that Lambert was unresponsive in the backseat.

The review found no “reliable evidence to contradict the assertion that the officers Tasered Lambert at the hospital door for a legitimate law enforcement purpose, namely to gain control of an individual they perceived as non-compliant and behaving erratically.”

The review also found “no reliable evidence to contradict the assertion that the officersTasered Lambert in the patrol car in order to prevent him from causing further damage to the vehicle and to gain his compliance to transport him to jail.”

Lambert’s family filed the suit claiming the officers showed callous disregard in Tasering him multiple times and deprived him of medical care.