RICHMOND, Va. — Just to be clear, RVA Tonight with Beau Cribbs, the live, late-night talk show created by Cribbs, is not a real television show.  Although given the show’s growing popularity, television may not be a bad idea.

RVA Tonight consistently sells out the 75-seat venue at the Coalition Theater the first Friday of every month.

And to think the show came to be when Cribbs, now 31, was visiting a friend in New York and happened to catch a show at the Upright Citizens Brigade Theater in the East Village.

The show was Showtime with Anthony Apruzzese, a professional, yet low-budget, live talk show produced once a month.

Cribbs recalls it was sometime during the show (or immediately after) that he thought, “I can bring this to Richmond, and more importantly, I can host it.”

In June 2014, Cribbs; his longtime friend and executive director of the Coalition Theater, Matt Newman; and a team of about a dozen writers, who were mostly associated with the theater, began writing the first episode of RVA Tonight with Beau Cribbs.

They had no expectations of the show’s success and no long term plans. Fast forward about two years and RVA Tonight has caught fire, taking root as one of Richmond’s most popular live events.

“It has evolved from RVA’s best-kept comedy secret to a must-see attraction and a perfect place to take clients and friends from out of town,” says Tim O’Toole of Poolhouse, an ad agency located in Jackson Ward.

While the Coalition Theater, located on Broad Street in the Arts District, is RVA Tonight’s home base, Cribbs hosted the two-year anniversary show at the historic Byrd Theater and has hosted a version of the show at the Science Museum of Virginia’s IMAX Dome.

Figuring out the future trajectory of the show is Cribbs’ new challenge. I think it’s safe to believe that no matter where RVA Tonight ends up, Richmond’s community will be right there—waiting in line to get in. 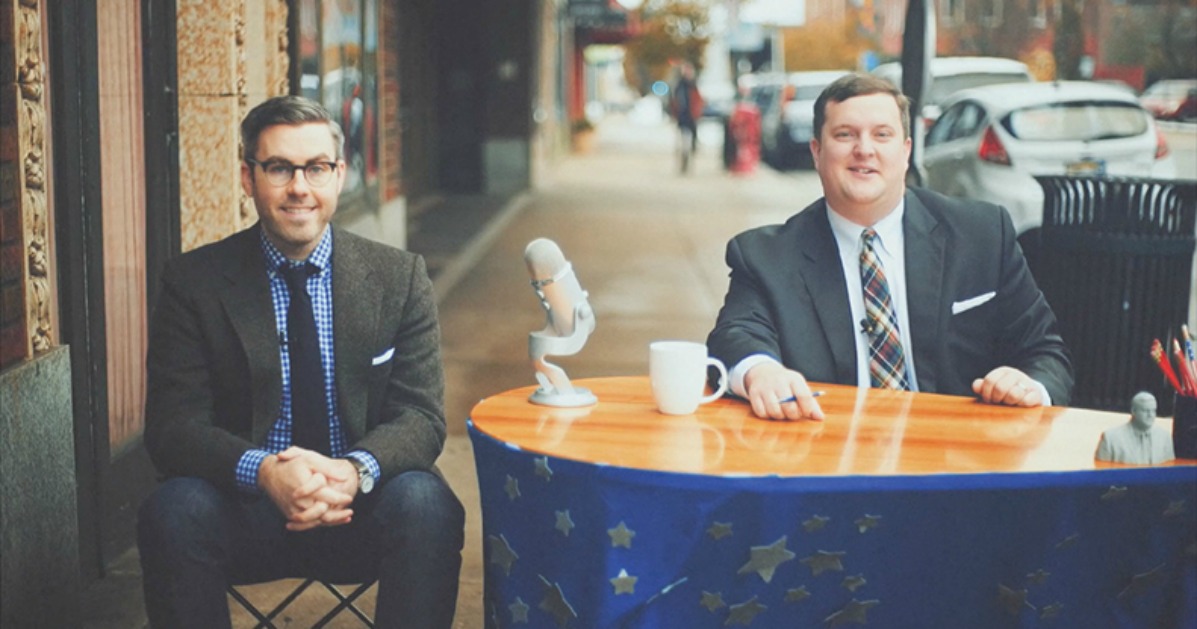 What has surprised you the most about the success of the show?

The biggest surprise has definitely been how the public has latched onto it. We began writing the first show in June 2014 with the mindset that we would do it once and take it from there.

If it was a huge embarrassing failure, we’d call it a day and move on to something else.

Now, here we are over two years later and we’ve hosted the governor, the majority of the mayoral candidates, some amazing musical guests and the next vice president of the United States.

It’s a bit surreal how it’s grown and how people have responded to it.

How did you develop the concept of RVA Tonight?

I was looking for a creative outlet and knew that the Coalition Theater was a place that embraced ideas like this. It also didn’t hurt that I have known the theater’s executive director, Matt Newman, since I was in elementary school.

So we worked together to develop the idea and recruit the writing team, set initial rehearsal schedules, etc.

The concept itself is essentially exactly the same thing you’d see if you turned on your TV at 11:30 every weeknight: There’s a house band, a monologue, a desk with a microphone, interviews with guests, a cast of characters—the whole nine yards.

The initial idea came from a show that no longer exists at the Upright Citizens Brigade Theater in New York, but there are a lot of live late-night shows around the country.

Each of them has its own sensibilities and point of view. Ours is no different.

RVA Tonight is truly a team effort. Who are some of the people behind the scenes making the show work?

I always joke that my Irish guilt is crippling because there are so many people who work so hard every single month to make the show such a success. We have around 15 writers, performers, producers, designers, etc., who work on the show.

As far as specific individuals, Matt Newman has been huge in helping me develop the original idea to build on it. He’s also the perfect foil to me as my sidekick on the show itself.

Eric Gordon is the brains behind the overall design of the show—from the logo to the Richmond skyline we use as a backdrop to nearly all of the design elements for our pre-recorded segments and live sketches.

Grace Manno runs the show from backstage most every month and makes sure the script is in order, the casting is evenly distributed, costumes and props are where they need to be, and generally make sure the trains run on time. Matt Micou oversees much of the writing and gives feedback to our writers when they need it throughout the month.

And of course, Gabe Santamaria leads our band every month, which really brings the show to another level.

I wish I could list every single person and tell you how fantastic they are, because it’s truly a team sport. It’s really important to me that we all work as a team, even though my name is on the show.

Is there anything that you find yourself doing that you never thought you’d have to do before you created RVA Tonight?

When we started the show, we thought our friends would come and see it, and we might do it a couple of times before we got tired of doing it. But as it’s grown and as we’ve evolved, it has become so much more than a hobby for many of us.

We’ve all heard about legendary backstage drama of Saturday Night Live. What’s it like backstage at RVA Tonight?

Oh, it’s way worse. Lots of physical altercations and rampant drug use. We barely speak to each other.

In all honesty, we get along very well. Sorry to disappoint you. We’re opinionated about our material sometimes, and it’s always tough when good ideas get cut for time, but we all understand that we need to put on the best show we can every month.

We’re usually running around with our hair on fire the week of the show, but we get it done in the end. It’s high-stress at the last minute, but 99 percent of the time, we’re all good about working together and helping one another when it comes down to it.

You have a personal background in media and politics. How have your incorporated your background into RVA Tonight?

We had my old boss Tim Kaine on the very first show we ever did. He was a surprise. I made a joke about him in the monologue, so naturally he had to come out and personally respond.

That was a good indication of where things were going with the show down the road.

Politics is always something I’m going to follow, and so it was sort of inevitable that we would go down that road once we got more comfortable in our own skin.

We had Governor McAuliffe on the show for our two-year anniversary at the Byrd Theatre, which was pretty fantastic.

We also snuck into a Trump rally at the raceway late last year and interviewed people in line. That was one of the first overtly political pieces we did. I treated it as if we were filming a piece for the Daily Show.

We also publicly invited every single candidate for mayor to do an interview on our show before the November elections, and inexplicably, a lot of them have said “yes.” It’s just kept snowballing from the first show.

It’s definitely in my comfort zone to talk about this stuff and to make jokes about the absurd characters who make up our political system, and I think it’s safe to say we’ll stay in this lane for a while. I know a lot of the folks that work on the show like going in this direction as well.

You manage to get some very popular guests to appear: Senator Tim Kaine, Governor Terry McAuliffe, Anne Holton. What’s your secret to getting them on the show?

There’s no magic bullet. I just ask politely. I think public figures see it as a way to show a little personality for a change. I’m a huge proponent of using humor to convey a message and reach new audiences, and this is a small way to do that. I also think this show is unlike any other interview opportunity in town. It’s different and weird and unique. I feel like it’s appealing to people like that because it’s a change from the normal things they do every single day. I’m also persistent. That probably helps too.

Who would be your dream guest for RVA Tonight?

There are a ton of Virginia-based celebrities that would be a lot of fun to have on the show. Russell Wilson or Justin Verlander would be a huge deal. So would Dave Matthews, even though he’s not technically from Richmond. We’ll make an exception in his case.

What does the future hold for RVA Tonight? Would you ever consider taking the show on road?

It’s something I think about every day. What’s next? And the answer changes all the time. I think the next step has to be to distribute clips from our show in a more expansive way.

On a practical level, it allows more people to see the show and it could lead to new opportunities for us. Selfishly, we just put so much work into the show every month and our writers deserve for more people to see their sketches and characters live beyond the walls of the theater for one night. I think we definitely need to expand our online reach.

This story was written by Mark Cheatham. Photos by Lauren Serpa. It was originally published in Richmond GRID magazine and republished here with permission. Launched in July of 2009, Greater Richmond Grid has profiled living, working and playing in the region.