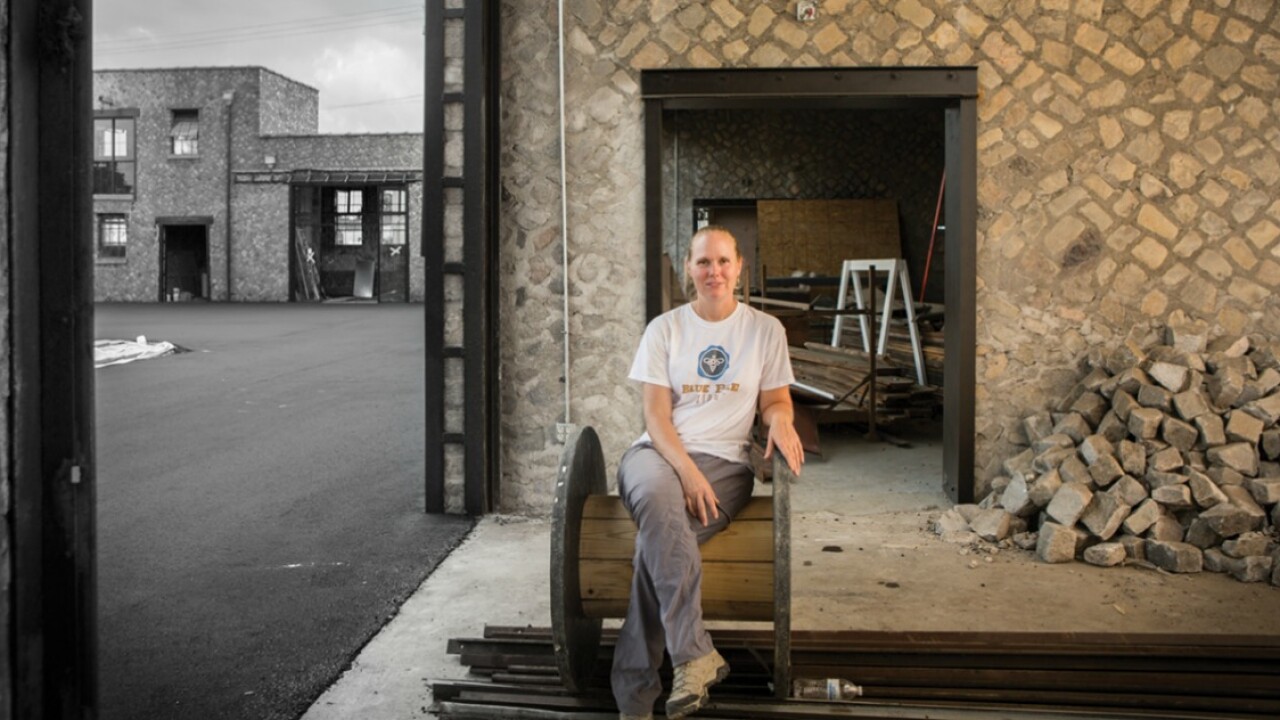 The cidery was situated in Old Manchester and quickly became known for its artisanal ciders made with heirloom-variety Virginia apples.

This year, the established cidery moved to Scott’s Addition at West Clay Street and Summit Avenue, a popular corridor that has experienced a rapid uptick in residential and commercial growth in recent years.

The new home for Blue Bee is located on a much-buzzed-about property, which sat practically vacant for years before becoming the subject of heated competition and numerous bids.

“The new location is the former city stables complex, built in 1940,” explains Mailey. “Made from old granite street cobbles, it replaced a wooden stables structure that burned down while the horses were out working. It’s a contributing structure to the Scott’s Addition historic district listed on the State and National Register of Historic Places.” 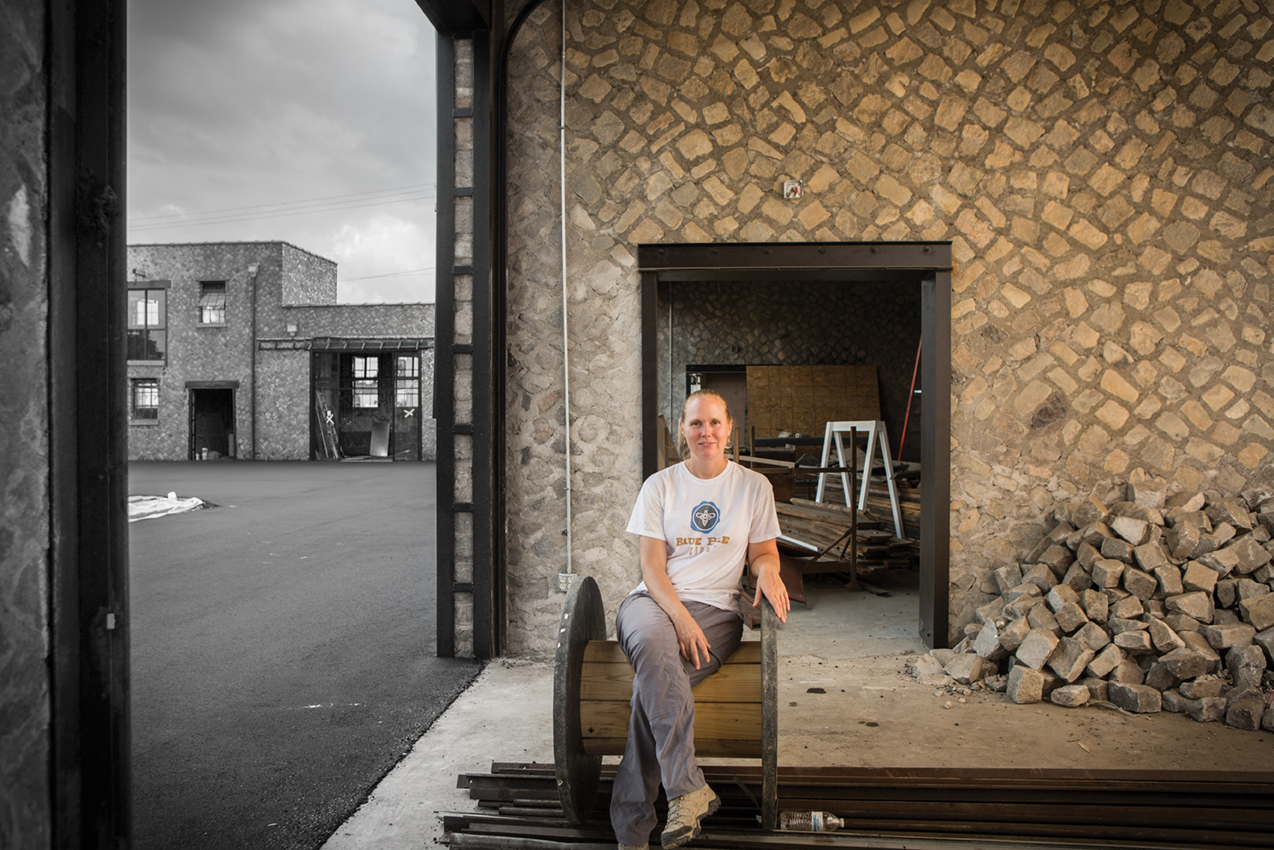 The move across town, and the loving restoration of the stables that ensued, has taken a solid year.

Mailey, who has a strong appreciation and understanding of historic properties, says that Blue Bee had to make upgrades to the electrical systems and other areas, but made great efforts to keep as much of the original structure intact as possible.

Each building houses a different part of the business: a laboratory, a tasting room, keg storage, and cider production.

The larger 9,000-square-foot footprint (on a third of an acre) and new equipment from Italy have allowed the business to significantly increase its cider-making capacity.

“There is now much more space dedicated to visitors,” says Mailey. “The goal of the customer experience will be the same [as the previous location]: offering a diverse array of rich, premium ciders in a cozy, industrial-chic setting. Our tasting room staff will continue to act as educators and storytellers; however, we will make a few tweaks to our service plan to accommodate a larger volume of customers in a timely manner.”

With the opening of Blue Bee in Scott’s Addition, Mailey joins a wealth of like-minded individuals in a thriving district that already boasts the likes of Ardent Craft Ales, Isley Brewing Co., Buskey Cider, Black Heath Meadery, The Veil Brewing Co., and two more breweries opening before the end of the year.

And there’s even a plan for an orchard with multiple varieties of apples, including Hyslop Crab and Grimes Golden.

Mailey, who currently sources most of the cidery’s apples from Silver Creek and Seaman’s Orchards in Nelson County, will use the apples from the onsite orchard, in conjunction with the Nelson County fruit, for several of her ciders.

In addition to the many changes afoot, Blue Bee has brought Manuel Garcia on board as its new cider maker.

Garcia, who once served as Mailey’s apprentice, attended cider school at Cornell and has extensive experience at Albemarle Ciderworks.

Both Mailey and Garcia have already welcomed the public into their new location for tours and continuing education. With a passion for cider making, the duo says that Richmonders can look forward to opportunities to interact with Blue Bee in the form of collaborations, food culture, history, and cider pairings.

As with any good neighbor, Blue Bee is already working closely with other Scott’s Addition standouts like Reservoir Distillery, Isley, Ardent, Buskey, Black Heath, The Veil, and Three Notch’d Brewing.

The urban cidery also continues to work with a variety of nonprofits that focus on urban agriculture, horticulture, and community development in Richmond.

Fans of what Blue Bee has created can expect new ciders this fall and additional collaborations as Mailey welcomes Richmonders for their first taste of the new location.

This story was written by Robey Martin. Photos were taken by Double Image. It was originally published in Richmond GRID magazine and republished here with permission.