Why these soldiers will never forget first Army Thanksgiving

FORT LEE, Va. -- Soldiers marched to the Fort Lee dining facility in step, decked out in their new uniforms on Thanksgiving Day.

After just four months in the US Army, most are recently out of basic training and new to Fort Lee, so they have no idea what is awaiting them inside their dining hall.

"I thought it was going to be a regular meal, same food, same drinks, same desserts" Pvt. Vic Valenzuela said.

But Army officials have a big surprise for their soldiers.

"It's a lot of food and I'm hungry," Pvt. Jasmine Santibanez said.

Like most walking in, they're surprised to see the facility decorated. On the menu: turkey, ham, prime rib, crab legs, all the sides, all the trimmings and even apple cider and eggnog.

"Oh, I was surprised,"  Pvt. Santibanez said, referring to who was serving the food. "It was exciting, I'd never had that done, higher rank serving me, a private."

"That was a shock," Pvt. Valenzuela said. "Having my sergeants and my first sergeant and my commander serving me felt pretty good."

Officers and NCOs, the Chain of Command serving the troops is a long-standing Army tradition, which is taken seriously.

"I'm on leave today," Staff Sgt. Angel Bloodworth said. "I came in because I have soldiers and I'm part of the company."

Lt. Col. Stephen Collins said serving the meal is all about service and sacrifice.

"I don't have to be here," Lt. Col. Collins said. "I can be home with my family right now up in New York, but I chose to be here because it's important."

According to most soldiers with decades in the service, these soldiers will never forget their first Thanksgiving in the Army.

"Having a great Thanksgiving Day meal is the very least that we could do. We're proud of these great troops," Maj. Gen.  Darrell Williams said. 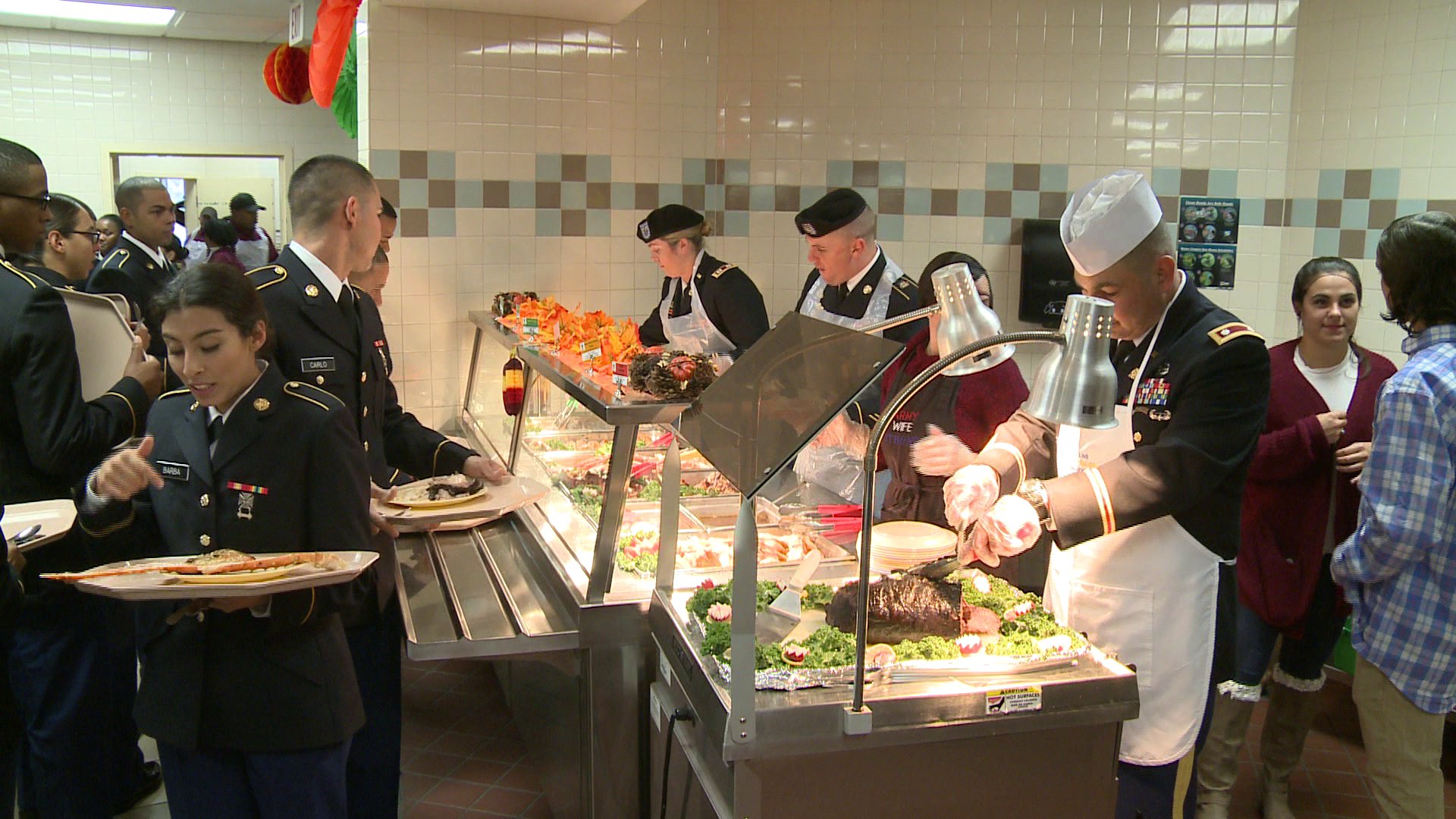