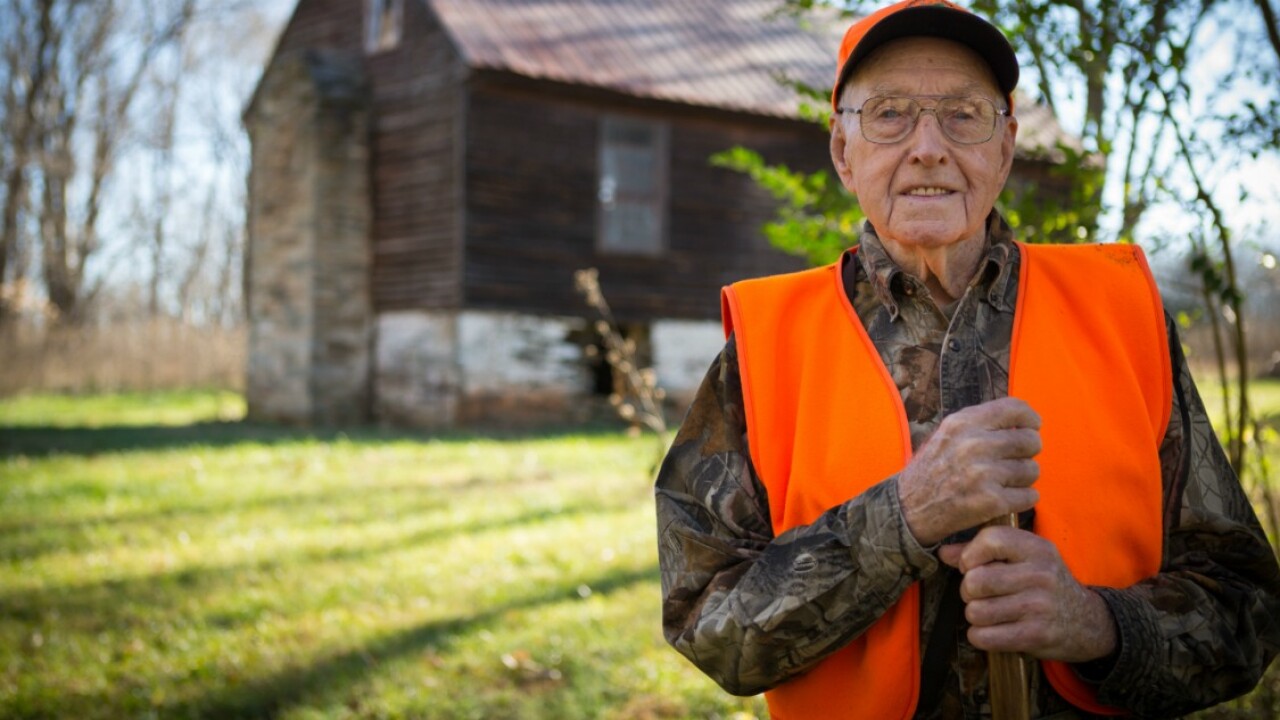 BEDFORD COUNTY, Va. — Good things come to those who wait, and Clyde Roberts has been waiting a long time.

The 103-year-old hunter recently harvested the biggest buck of his hunting career, according to the Virginia Department of Game and Inland Fisheries.

Roberts shot the deer while on a hunt with his granddaughter Christin.

“Papa likes to tell everyone that I got so excited…of course I did!” Christin said. “Not only had I been able to hunt with my 103-year-old grandfather, but I had witnessed him take the biggest buck of his life. Most importantly I had the hunt of my lifetime with him! It was one of the most awe-inspiring moments of my hunting career. I will never forget it.”

While he might be country’s oldest active deer hunter, Roberts was not always a hunter. He did not have much time for hunting during years he raised a family. He started hunting in his retirement years at the urging of his son Mike.

“I bought him a rifle when he retired to keep him busy,” Mike said in a 2015 interview. “My father is a very simple person and a devout Christian. He says the secret is ‘hard work and living for the Lord.'”