‘I went and threw up,’ says girlfriend of serial rapist 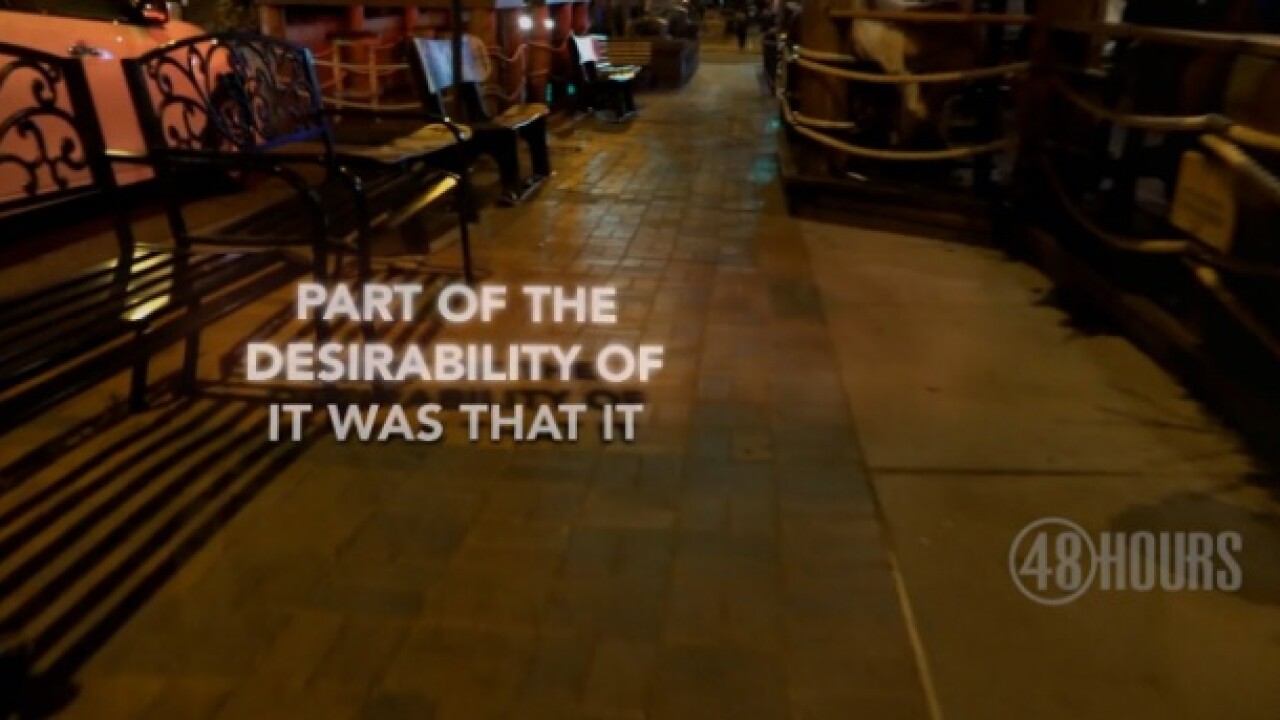 Maureen Maher and “48 Hours” go into the mind of a serial rapist in Colorado and deep into the race to catch him before he could strike again in “Hunted,” to be broadcast Saturday at 10 p.m. on CBS 6.

It’s a gripping story of a rapist preying on women, young and old, in multiple states and over a period of years, and the tension-filled search to stop him before his victim count grew. Maher gets inside the investigation with the detectives from two departments – along with the FBI – who pieced together the assailant’s trail through smart policing, collaboration and luck.

“I definitely felt like we were up against the clock,” Golden, Colo., detective Stacy Galbraith tells 48 HOURS. “It was ticking. I could hear it. I could feel it.”

Someone was stalking and raping women in Colorado. He was plotting their schedules. He was even in their homes without attacking them. But when he did, he did so with military precision – he raped them, he photographed them, and then he made them shower or bathe as a way to clear out any evidence.

Galbraith got the case in 2011, when presented with a brutal rape. The rapist wore a mask and was meticulous in not leaving behind any physical evidence. Shaken by the case, Galbraith described it to her husband, a police officer in a nearby town. Turned out, his department had a similar case.

Galbraith shared her information with Westminster, Colo., detective Edna Hendershot and they agreed to work together. In comparing details of both attacks they realized they were on the trail of a serial rapist, one who most likely would strike again and soon. After finding yet another nearby case involving the rapist, their investigation identified a white truck near two of the crime scenes.

“I just knew in my heart that that was – that was it,” Galbraith says.

She was right. No one could have predicted what would happen next. The truck tracked back to 32-year-old Army veteran Marc Patrick O’Leary, who was eventually arrested at his home. The investigation would give the detectives a glimpse inside the mind of a serial rapist they could never have imagined.

“If you want to find targets, you know, you have to learn how to hunt, hours and hours and hours, walking around various different apartment complexes,” O’Leary says in an interview with police to be broadcast on 48 HOURS.

Maher also talks with a woman who was dating O’Leary at the same time he was allegedly committing the crimes. Amy Wozny met him on an online dating site. “He was pretty chivalrous and protective,” Wozny says. “He was very charming. He was really fun to talk to. We talked for hours at a time quite frequently. There was a lightness to him even though he had a dark sense of humor.” Wozny reveals their attempts at intimacy didn’t go very well. He needed the “other person to be scared of him,” she says.

Wozny tells “48 Hours” she had no idea that when O’Leary wasn’t with her, he was out preying on women. She says that after hearing from the FBI about O’Leary, “I went and threw up. It was pretty upsetting to me.”

The broadcast also features the heartbreaking story of a woman who was raped when she was 18, though police didn’t believe her story. She eventually recanted and was fined for filing a false charge. However, Galbraith and Hendershot’s detective work uncovered startling evidence that she was telling the truth.

How did the detectives crack the case? Maher and “48 Hours” talk with victims and detectives, who describe the emotional case and how they stopped a rapist.