RICHMOND, Va. – A missing University of Maryland student could be in Virginia after police say the 21-year-old student boarded a Greyhound bus headed to Richmond and Hampton.

Kaitlyn George was reported missing on November 10, 2016, at approximately 6:36 p.m. Police said Kaitlyn was scheduled to meet a friend to go on a hiking trip, but when she did not show up, her friend reported her missing. 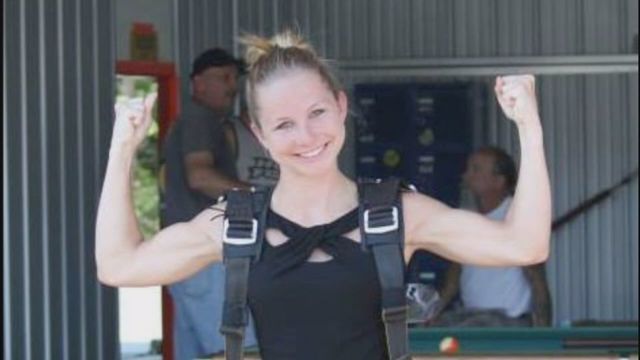 Since going missing, Kaitlyn has reportedly been spotted on two occasions. A witness reported seeing the 21-year-old on a Charm City Circulator bus on November 11, 2016, at approximately 8:40 a.m.

Kaitlyn George spotted getting onto a Greyhound bus in Baltimore, MD

Investigators say Kaitlyn purchased a ticket and at approximately 1:33 p.m. and boarded a bus that was headed to Norfolk, VA.

The bus was also scheduled to stop at Union Station in D.C. and Richmond.

Police said there is no reason to suspect foul play in the case and they are continuing to investigative leads and tips.

“Our team of investigators will continue to work on this case until we have located Kaitlyn and have verified that she is okay,” Maryland Police said in a press release.

Anyone with information on Kaitlyn’s whereabouts is asked to call the University of Maryland Police Department at 301-405-3555.