Police are looking for the person or people who spray-painted the Jefferson Davis and Matthew Fontaine Maury statues with the words "Your vote was a hate crime."

The vandalism came the same night as hundreds of people marched through the streets of Richmond, protesting Trump.

City crews were dispatched to clean-up the monument graffiti.

Anyone with any information about the vandalism was asked to call police. 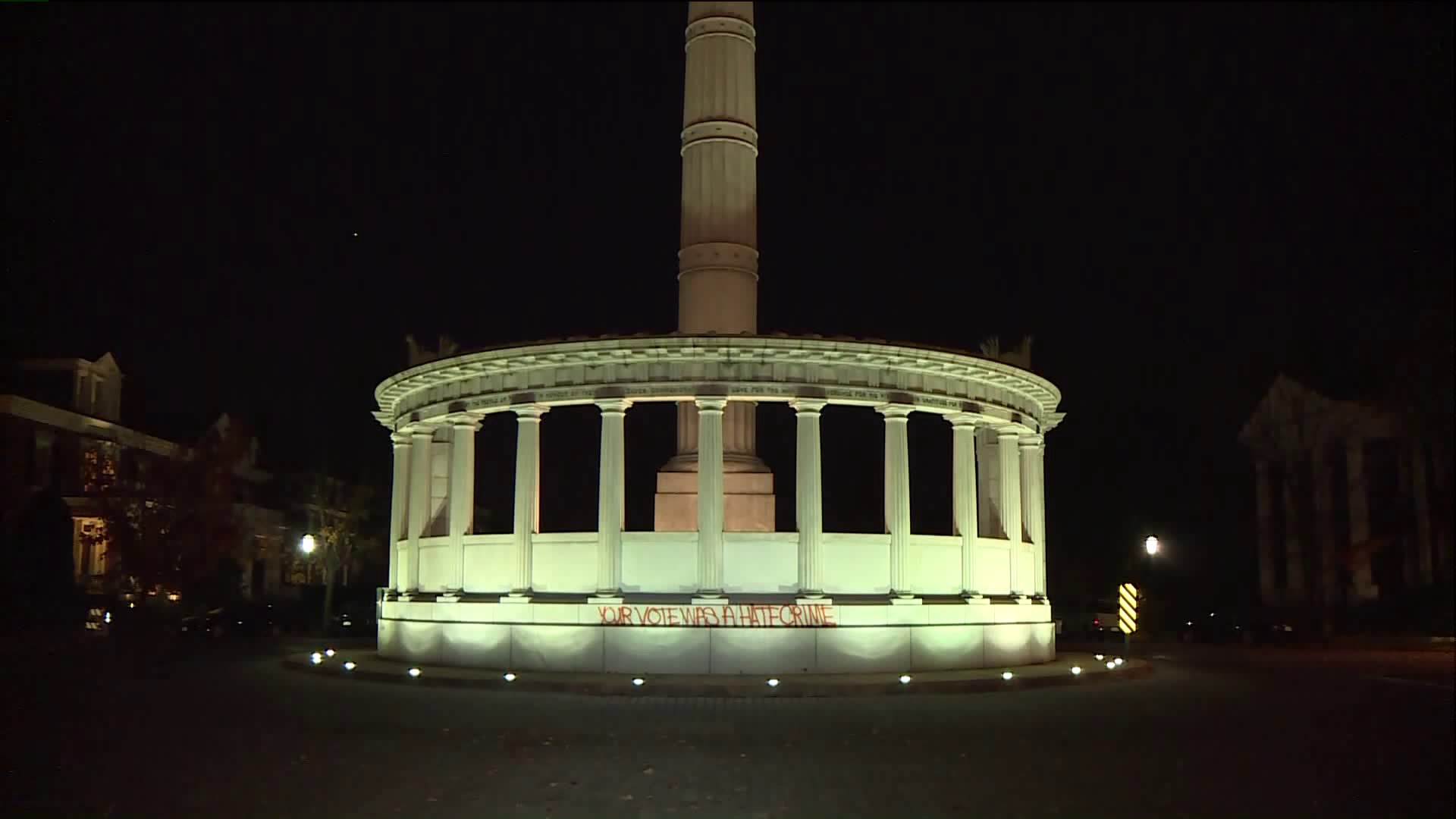