Election results take strong turn toward Trump victory and the crowd thins out.

NEW YORK -- It's been a long, bitter election.

And for one group of supporters, it was always going to end in tears.

As election night neared to a close, the distraught faces were all Hillary supporters. Images from watch parties across the US showed the contrast between triumphant Trumpists and harrowed Hillary fans.

As results trickled in, the mood at Clinton HQ in Brooklyn turned from optimism, to cautious optimism, to disbelief and, finally, grief. 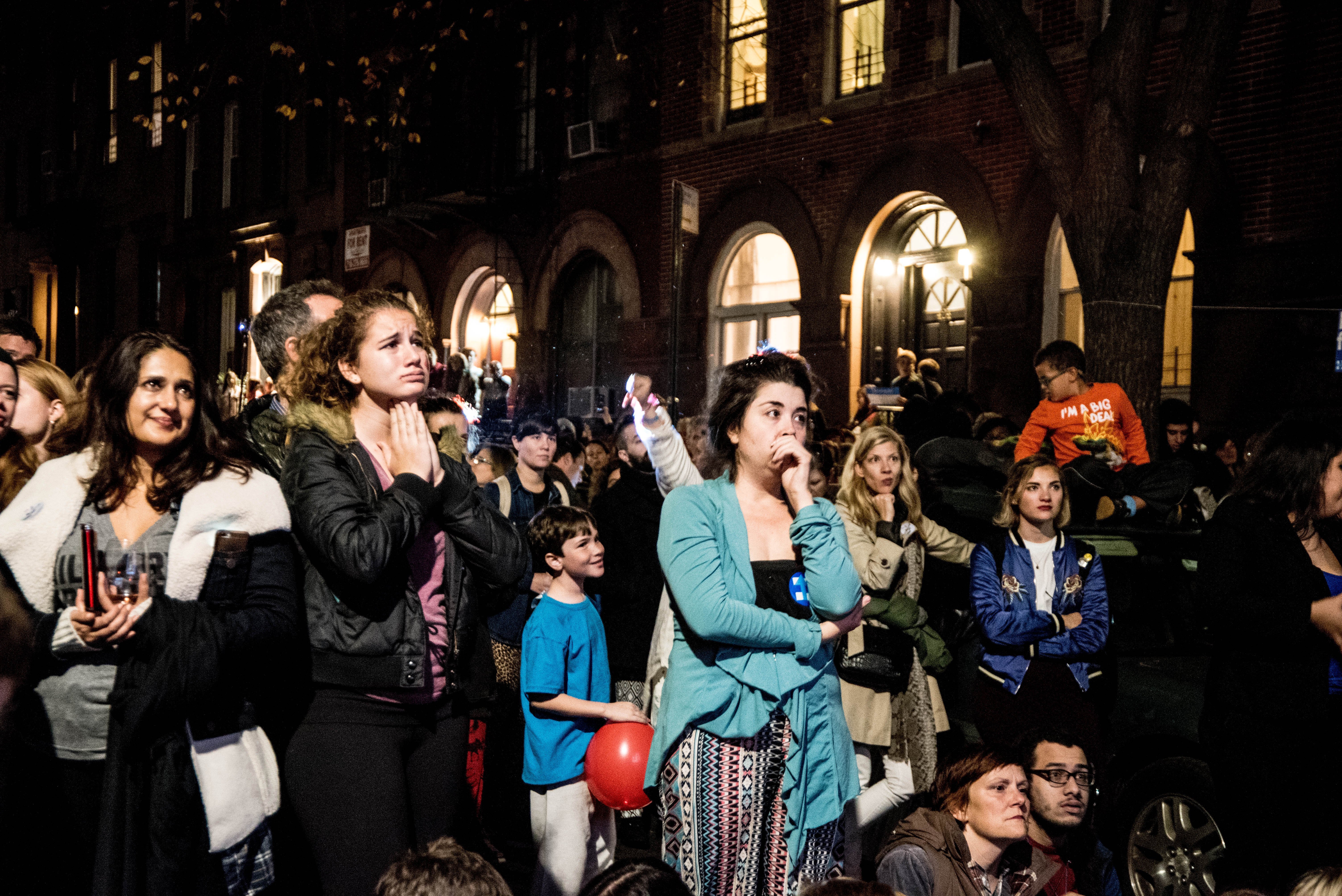 "The scene here is so different than a few hours ago, when people were happy and relaxed" CNN's Brianna Keilar told Wolf Blitzer. "I have been looking around the room at people who are stoned faced. Some of them have been crying."

And even before the final states were called, Keilar added that some supporters had already left the venue.

"They are just stunned at the idea that they were completely sure they were coming to this event for what they thought would be even an early night to celebrate Hillary Clinton becoming the first female president," she said.

"And now they are confronting the reality that they could be walking out of here either not knowing but perhaps expecting that Donald Trump is going to become president," Keiler added.

Contrast that with the scene at Trump HQ, just a few miles away. His supporters were thrilled as their nominee knocked out win after win, each one chipping away at Clinton's chances of making it to the required 270 electoral college votes.

As Clinton's Presidential path to 270 got tougher and tougher, the air went out of many of her supporters at the Democrat's election night event at the Jacob K. Javits Convention Center in New York.

Democrats and other Clinton supporters wept as the opportunity to put the first-ever woman in the White House slipped beyond their grasp.

Trump fans could scarcely believe their luck as pre-election polls giving Clinton a narrow lead were swept away.

The atmosphere of Clinton's planned victory party turned to that of a wake as the night wore on and key states slipped from her grasp.

Scarcely believing the way their night had turned out, Clinton fans face the prospect of four years of a President they see as divisive, intolerant and damaging to the country.