RICHMOND, Va — The three front runners in the Richmond mayoral race made almost simultaneous stops at VCU on Monday to make a last minute push for student votes. 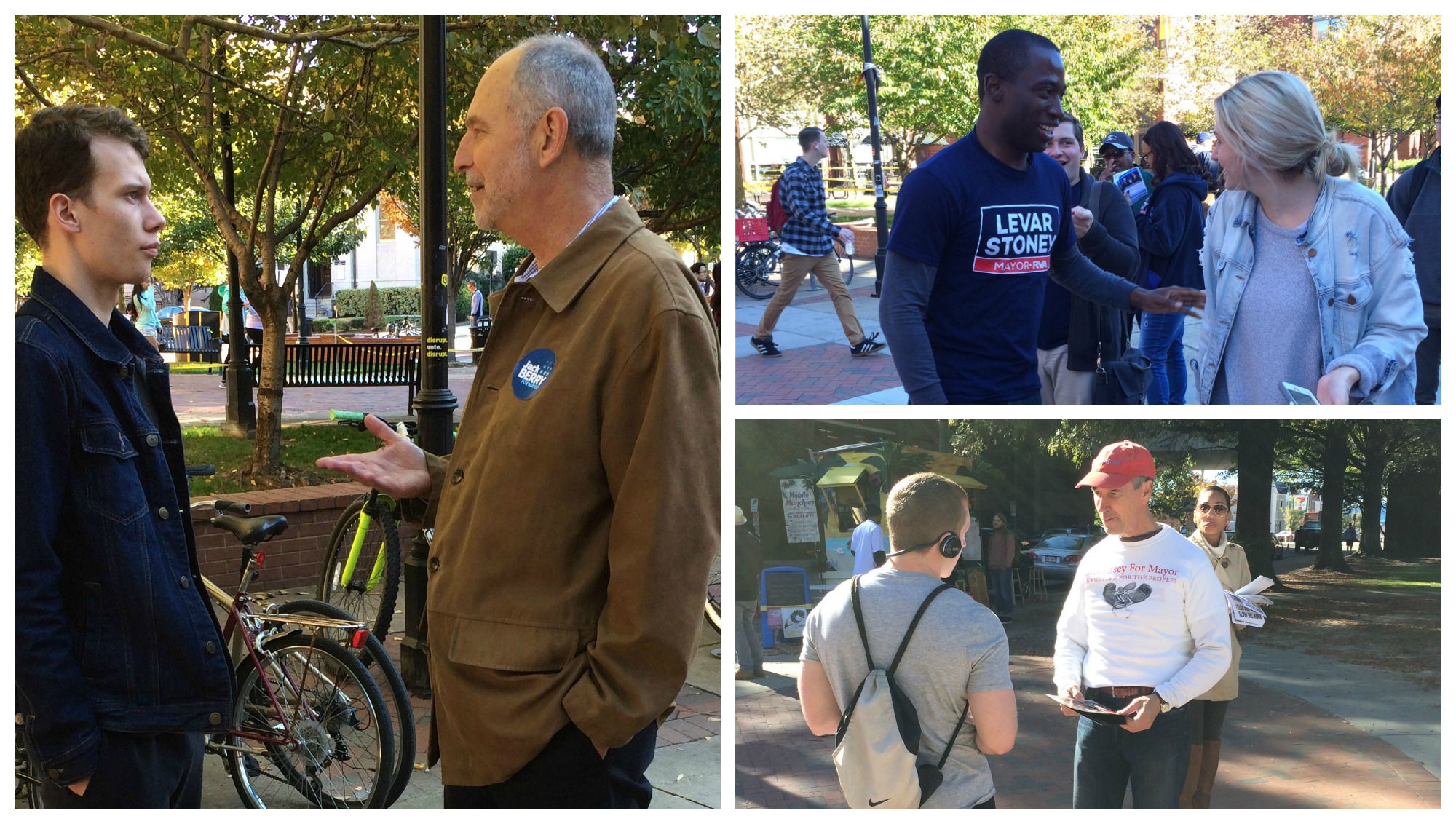 Levar Stoney, who was accompanied by former competitor Jon Baliles and student volunteers, made a stop in front of VCU’s James Branch Cabell Library in the middle of the Monroe Park Campus. So did Joe Morrissey at the same time just little south of campus and Jack Berry an hour later.

Stoney reminded students that there were only a few hours left before the polls open.

“I’m here on VCU’s campus trying to get folks out to vote,” said Stoney, who later headed to Virginia Union University.

“If you want new leadership, new generational leadership at city hall, and you want someone who’s going to be urgent and impatient, I ask for your vote tomorrow at the polls,” he said. “Get out there to vote.”

Joe Morrissey, along with his wife Myrna and a handful of volunteers, staged himself near the VCU Student Commons on West Main Street. He handed out flyers to students and involved them in conversations about city politics.

Berry along with some of his student volunteers also visited both Virginia Union University and VCU on Monday.

Berry said that he had felt strong momentum at Virginia Union and was looking to build the same at VCU.

By Cydni Gordon (Special to WTVR.com)

EDITOR’S NOTE: WTVR.com has partnered with the “iPadJournos” mobile and social media journalism project at VCU’s Richard T. Robertson School of Media and Culture. A student from the project reported this story.