RICHMOND, Va. — Recent polls have shown a tightening of the Richmond mayoral race, leading many to believe that Jack Berry could become Richmond’s next mayor on Tuesday. He only trailed frontrunner Joe Morrissey by three percentage points.

Of the city’s nine districts, Berry has a lead in three, while Morrissey has an advantage in four, according to polls. This leaves the 5th and 3rd districts as battlegrounds on Tuesday. To win the mayoral election without a runoff in December, a candidate needs to win in five districts.

“We’re doing events like this on Brookland Park Boulevard to meet people and introduce our campaign and talk to them about the issues. So we’re going to where the voters are,” said Berry about his strategy to capture contested districts at a recent BBQ event at Byrd Park. 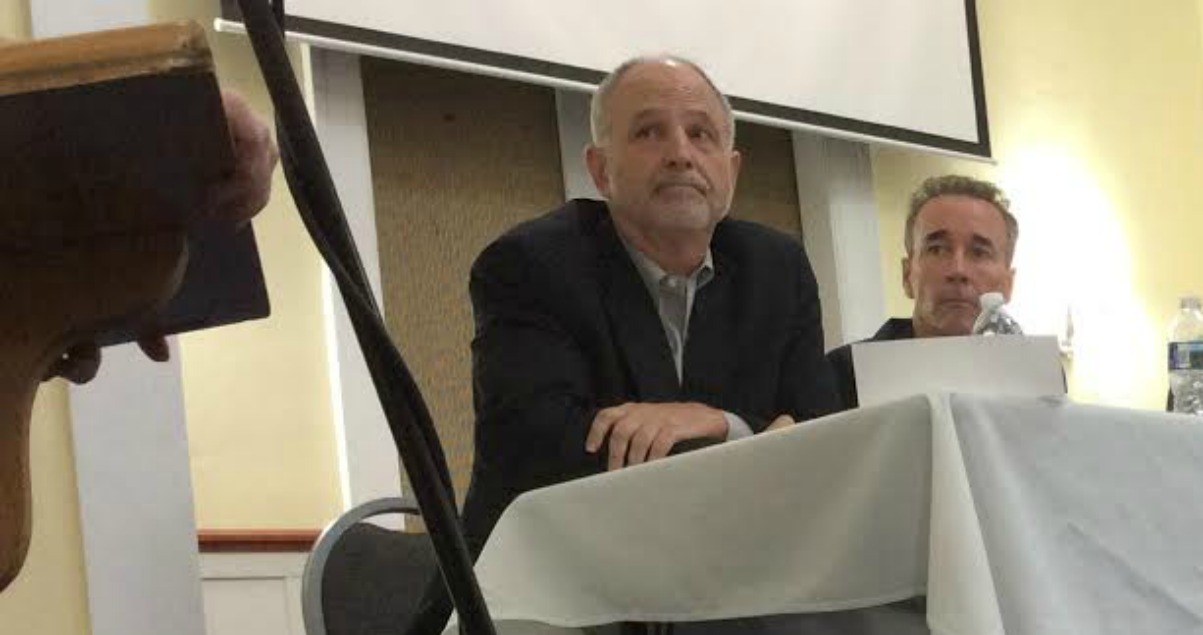 The ground game is especially important this year with polls showing nearly 40 percent of likely voters still undecided in the mayoral race. The Berry campaign has been feverishly knocking on doors as well as sending out mailers and making phone calls for weeks.

“The most common thing we hear is ‘I don’t know, just not Joe Morrissey,’” said Harry Garnett, who works as a staff member for the Berry campaign and goes door to door.

Garnett said that while many Richmonders he talks to do not know much about the field of mayoral candidates, they often have strong feelings about Morrissey. For many voters, support for Jack Berry is a reaction against Joe Morrissey.

“He’s not a pedophile,” said an attendee of a BBQ event held for Berry. She didn’t know much about the crowded field of mayoral candidates, but what she had heard about Morrissey was enough to convince her to vote Berry.

“I was feeling anxious about the political climate,” said Hanky. She believes that Berry could be an effective leader for Richmonders of all stripes, but said that Morrissey would be divisive and bad for the city. This claim that Morrissey will divide the city has become a rallying cry for Berry.

“This guy’s a divider, he’s not about uniting the community,” said Berry about Morrissey. “We’ve had enough drama in this town. We need to get some things done.”

Berry’s track record of getting things done gives him credibility with voters. He has served as the director of Venture Richmond, a local organization that runs the annual Folk Festival among other things. Berry also served as the Hanover County administrator and has worked for many nonprofit groups.

Berry believes that his business experience makes him uniquely qualified to run the city.

“This is a $500, $700 million a year corporation with almost 5,000 employees. We need somebody with experience. I’ve got the experience to go in there and tackle the problems in city government and find some solutions,” said Berry.

But Berry has seen his own share of controversy this year. In August, the Richmond City Democratic Committee asked the Democratic Party of Virginia to reconsider Berry’s stance as a Democrat.

The question of Jack Berry’s allegiance was raised in response to a $500 donation Berry made to the campaign of state Sen. Glen Sturtevant Jr, a Republican. Berry said that he is a lifelong Democrat and argued that one donation does not make him a Republican.

“He was a Richmonder running against somebody from Chesterfield, and he was a good school board member,” said Berry. “I thought he was a good upstanding person. He asked me for help, and I made a donation. Simple as that.”

Berry also said that even though he is a Democrat, the mayoral race isn’t about party politics. He said that it is about running a city.

Further complicating the narrative for Berry’s campaign are emails, released by the Richmond Times-Dispatch, which show that he originally supported the Shockoe Bottom baseball stadium. Like most of this year’s mayoral candidates, Berry has distanced himself from the unpopular stadium project.

“Yes, I was supportive of the downtown ballpark that the mayor supported and many other organizations at the time. The community has definitely decided that they don’t want it there, I don’t either,” said Berry.

As a close second to Morrissey and a largely undecided voting population in recent polls, Berry plans to keep on running until the polls close on Tuesday.

EDITOR’S NOTE: WTVR.com has partnered with the “iPadJournos” mobile and social media journalism project at VCU’s Richard T. Robertson School of Media and Culture. Students from the project reported this story. The class has profiled each of the Richmond mayoral candidate during the campaign.