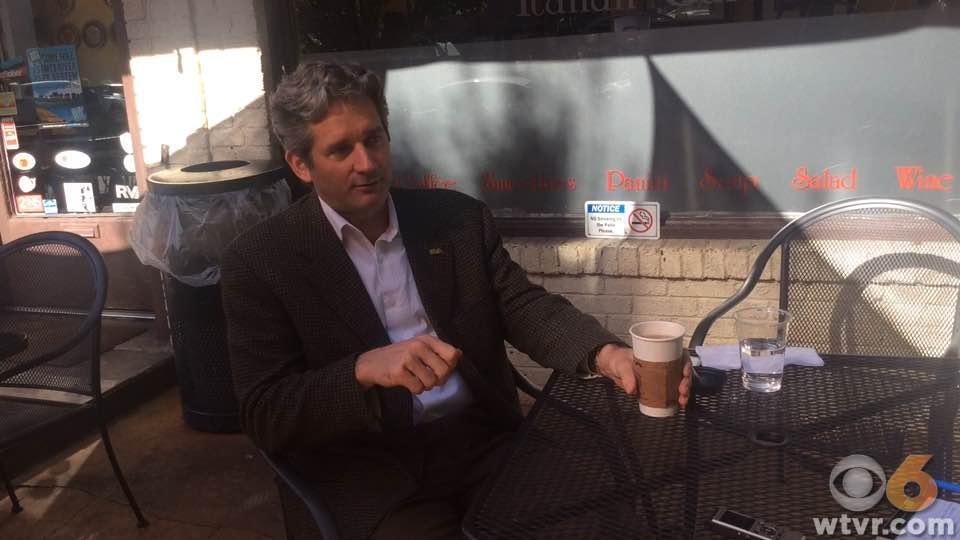 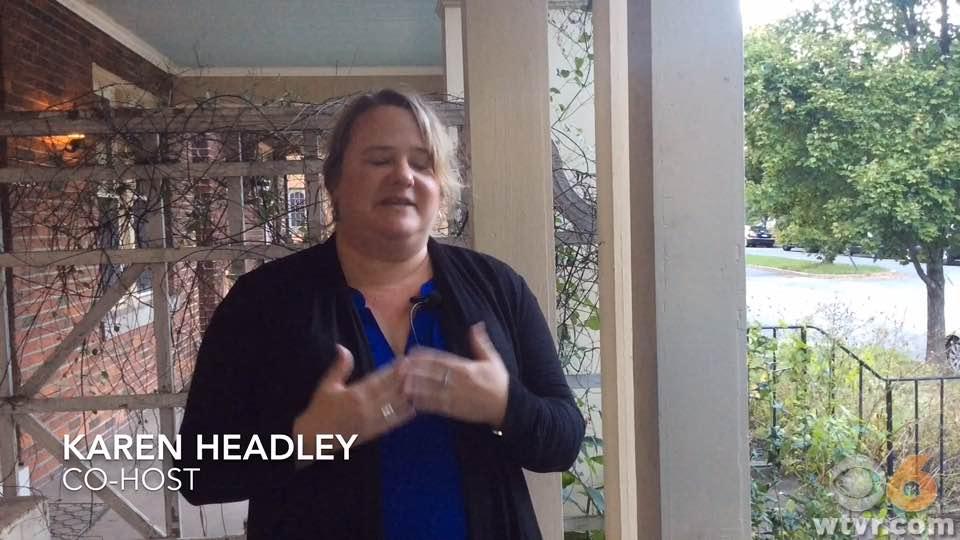 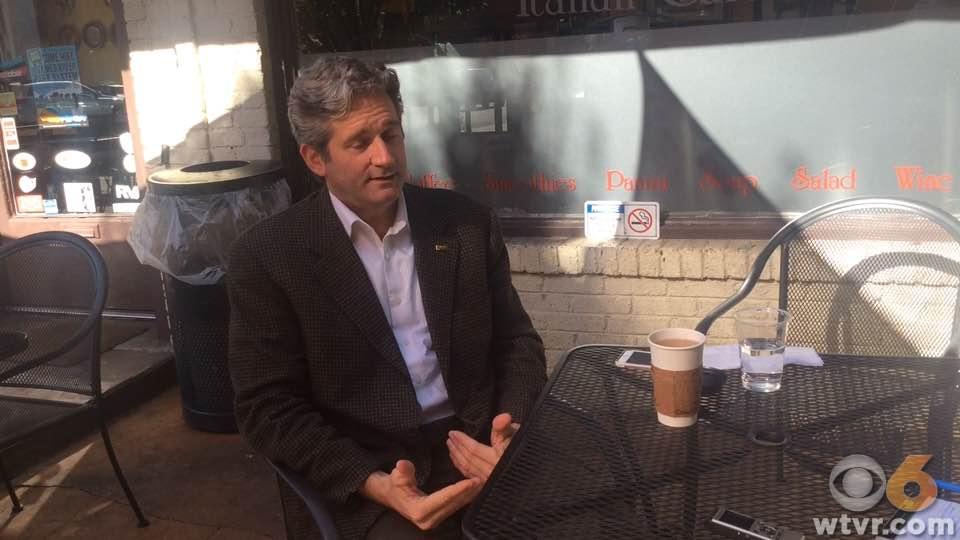 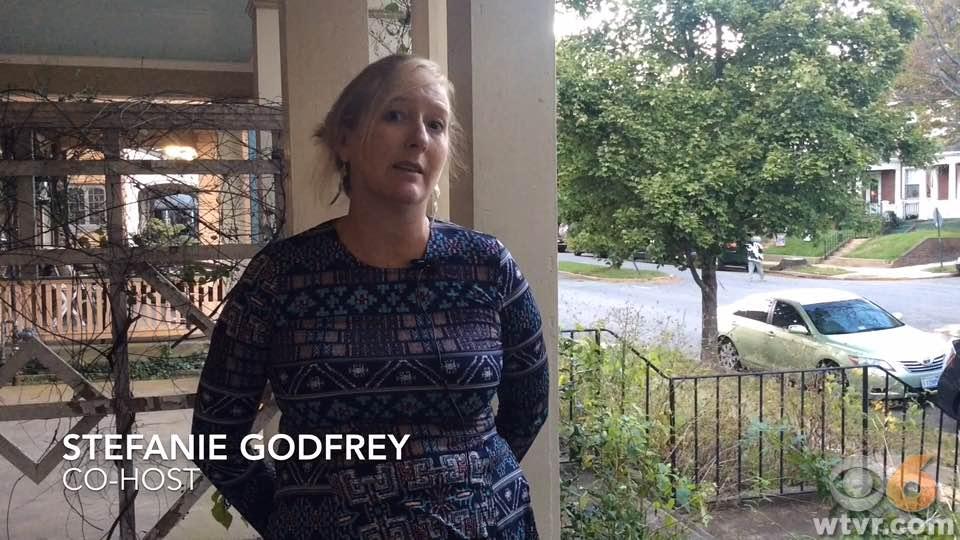 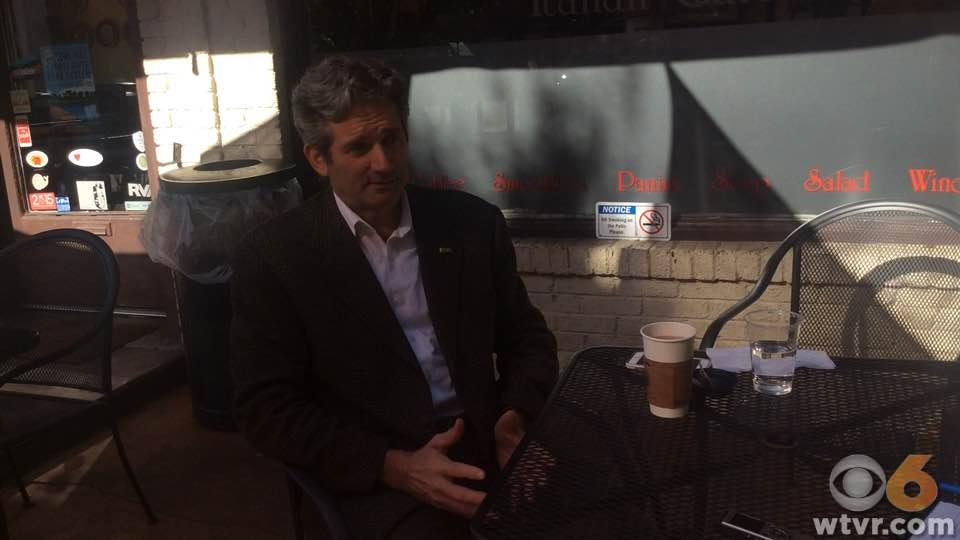 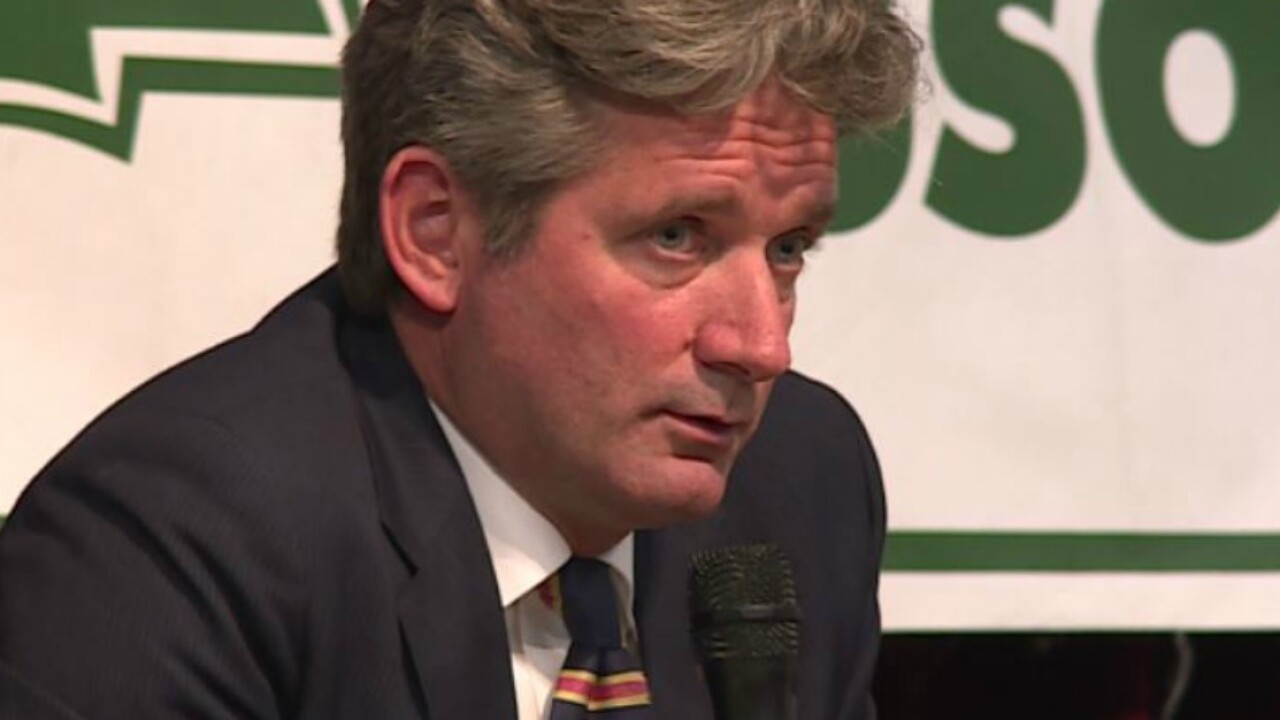 RICHMOND, Va. — In a townhouse near Byrd Park, neighbors gather in the kitchen of Stefanie Godfrey’s home to bring their questions and concerns to Jon Baliles and get to know him. In the conversation, the Richmond mayoral candidate tackles issues ranging from trash pickup to restoring trust in local government.

“No one believes in local government, because they’ve been tone deaf. They’ve just been flat out deaf and people are tired of it,” Baliles said during the meet and greet at Godfrey’s home. “I would have town hall meetings in all the districts. Just get out there and listen to what the people are saying.”

Godfrey said that she knew Baliles as her city councilman when she resided in Richmond's Museum District. She decided to host the event, so she could introduce her new neighbors to Baliles.

Karen Headley, who co-hosted the event, feels that Baliles is the only candidate trustworthy enough to be mayor, but fears that he is not polling high enough because lack of name recognition. He was standing at six percent in one of the latest polls, training the front runners Joe Morrissey, Jack Berry, and Levar Stoney .

"I think he is just so approachable and honest. He's smart and he cares about this city beyond his world. I think that's part of the problem with what is happening in this city," said Headley. "You have a lot of people who only care about their block, or their district."

Baliles experience with politics goes all the way back to his childhood. His father Gerald Baliles was elected to the House of Delegates on Jon’s 5th birthday, became the Virginia Attorney General when Jon was 11 years old and was elected governor when Jon was 15.

But Jon Baliles said that it didn’t seem all too glamorous back then.

“If you ask anybody who knew me when I was 16, they would tell you that I would swear politics off to the end,” he said.

After attending the University of Virginia and George Mason University, Baliles came back to Richmond and eventually entered the political arena that he had sworn off at a younger age.

“A funny thing happened, I bought a house in the Museum District when I was 27 and got involved with my neighborhood association and started getting more involved with what was going on in the city,” Baliles, who worked in the mayor’s office under Doug Wilder, said.

Baliles also was assistant to the director of the Department of Planning and Development. In 2012, he was elected to Richmond City Council.

"There is no other candidate that has seen City Hall or city government from all three of those branches," Baliles said. "Some people have more experience in the longer term, but that was 25 years ago. It's a lot different today."

Baliles' supporters said they liked his perceived trustworthiness and approachability. Karen Headley said that he is the only person she could imagine in City Hall.

“I trust him and I think he is the best candidate by far to be mayor,” said Headley.

Baliles said that the next mayor is the one who can win back the trust of the people and that he has shown that to his constituents by not supporting a baseball stadium in Shockoe Bottom, which has little support from the public.

“My political future wasn't as important as putting the city first, because I am going to live here and I don't want to have to go bed every night knowing 'oh my God, I created a mistake worth $80 or $100 million to the city and have to live with that for the rest of my life,” said Baliles. “It was an easy decision to make when it came down to it."

In 2014, Baliles was one of the opposing voices to the Shockoe Bottom stadium that was proposed by current Mayor Dwight Jones. Baliles, along with councilman Charles Samuels, wrote a joint statement expressing their disappointment in the plan.

“After six months with a proposal that has far more questions than answers, site control still in doubt and is already over budget, this plan is not ready. After all, we are talking about $80 million of public debt,” read the statement. “In the meantime, we have schools, roads and other issues which require our local government’s attention.”

The proposal was later withdrawn by the mayor before the council could vote to decide its fate.

While Baliles is not completely opposed to the latest plans to build a stadium near the Boulevard, said in a recent interview with WTVR that “we need better priorities at City Hall."

Baliles said that he was encouraged by the involvement of VCU and the Flying Squirrels in the latest proposal, but added that “we should focus on establishing dedicated funding for schools and improving those facilities first before we discuss the city’s role in building a baseball stadium.”

While Baliles, who turns 46 years old on Thursday, has a significant fundraising disadvantage to other candidates and is currently in 4th place in the mayoral race, 38 percent of Richmonders were still undecided in the latest poll.

And his supporters are not giving up.

“I hope Jon will win,” said Godfrey. “I think he’s one of the best candidates out there.”

By Mary Lee Clark and Tyler Hammel (Special to WTVR.com)
EDITOR’S NOTE: WTVR.com has partnered with the “iPadJournos” mobile and social media journalism project at VCU’s Richard T. Robertson School of Media and Culture. Students from the project reported this story. The class will profile each Richmond mayoral candidate in the coming days.