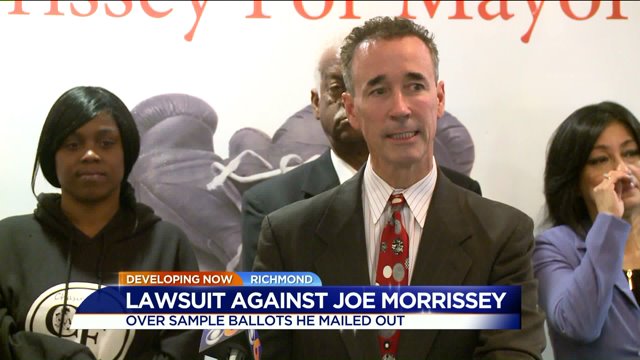 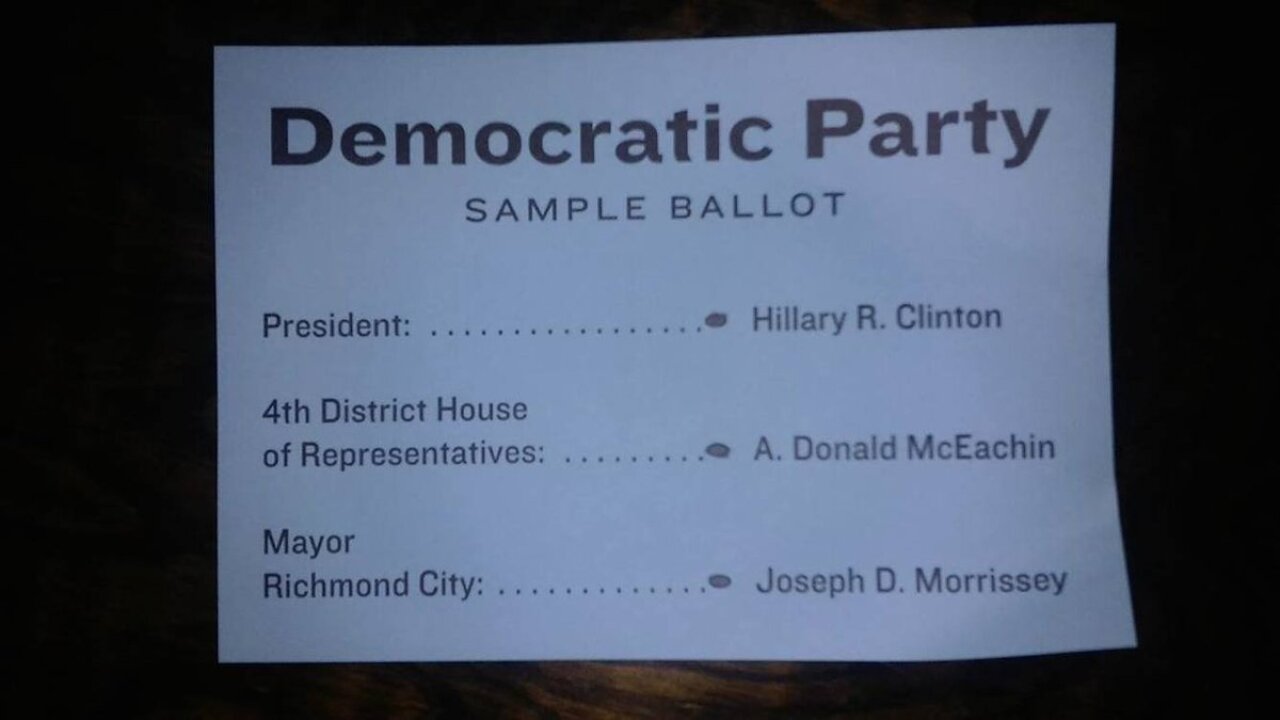 The Democratic Party sample ballot suggests Morrissey is the party’s pick for mayor, the party alleged.

On the ballot, Morrissey is listed alongside presidential candidate Hillary Clinton and congressional candidate Donald McEachin as the party's nominee.

3rd district resident forwarded this to me. Says he received it from the Morrissey campaign, along with a faux handwritten note. #rvamayor pic.twitter.com/z7kQ3omwOW

The party said they have filed a complaint with the Virginia State Board of Elections and sent a cease and desist letter to Joe Morrissey’s campaign.

Morrissey responded to the lawsuit Thursday night, telling CBS 6 anchor Bill Fitzgerald, he never claimed he was endorsed by the Richmond City Committee.

He went on to say, he was the only Democrat in the mayoral race to hold elective office for 12 years, and that the state party should stop complaining and "put their big boy pants on."

Donald McEachin, who was also included on the sample campaign ballot, released a statement that read in part:

"No one should infer from this mailer, which has no legal disclaimer whatsoever, that I support Joe Morrissey for mayor. I do not."

A recent mail piece for Joe Morrissey contained my name. No one should infer that I support him for mayor. I do not. (Statement attached.) pic.twitter.com/nWk9DgsW20