“Neptune was adored by our staff and guests,” Henry “Buz” Bireline, Maymont Director of Habitats and the Nature Center, said. “He was a relaxed, independent animal who loved enrichment, food treats, and training exercises. He was even an ‘artist in residence,’ trained by our animal keepers to paint abstract art on canvas, which kept him both mentally and physically stimulated.”

“Both otters lived nearly twice as long as the average eight- to nine-year lifespan of their counterparts in the wild, due in large part to their constant attention and medical care from animal keepers at Maymont and professional veterinarians,” a Maymont spokesperson wrote in a blog post announcing Neptune’s death. “Neptune and Pandora immediately bonded [when they arrived in 1999], and together, they became two of the most popular, well-loved animals in Richmond, generating interest in and passion for Virginia’s native otter species.”

Maymont is working with the Virginia Department of Game & Inland Fisheries, wildlife rescue organizations, zoos, and aquariums in an effort to find new river otters that need a home. 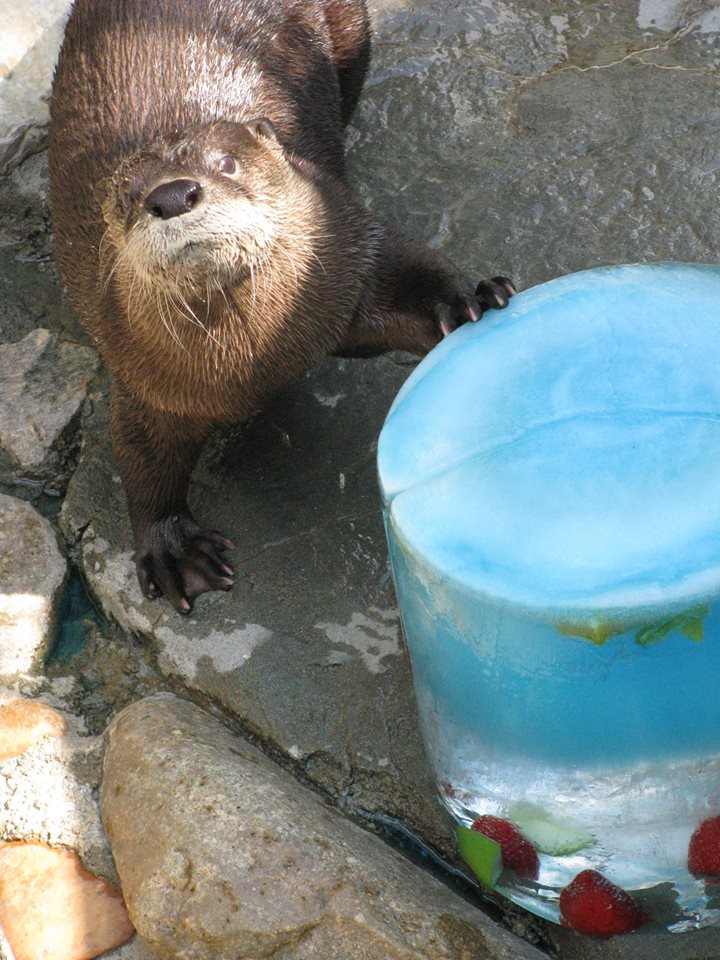