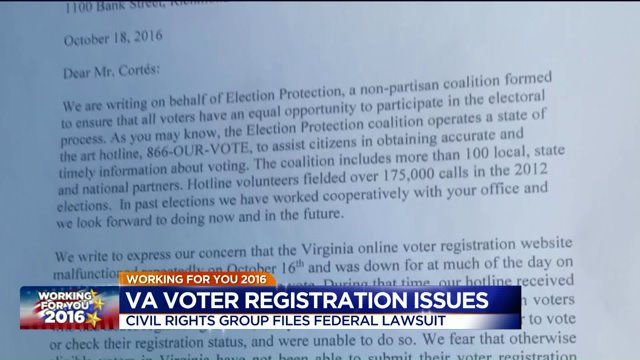 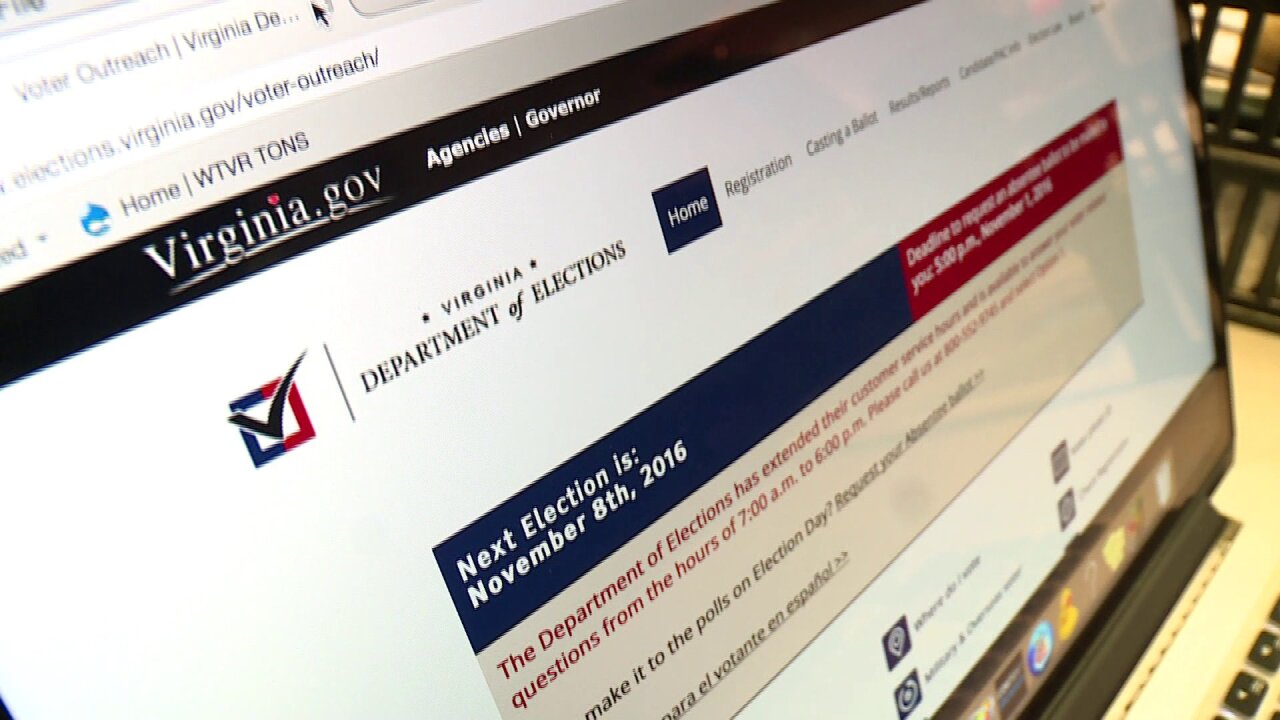 RICHMOND, Va. -- Many Virginians reached out to CBS 6 about troubles with the Virginia online registration website this week.

Now, a Federal lawsuit has been filed against the Virginia Department of Elections and Board of Elections asking to extend the voter deadline due to the malfunction issues with the website.

We caught up with Governor Terry McAuliffe about the lawsuit Wednesday afternoon.

"I'm in agreement with the lawsuit to extend voting and I have asked the Attorney General to reach out to the judge to do an expedited review so we can get a decision very quickly,” he said.

The letter asks to extend registration for three full days.

For the past 24 hour, CBS 6 has made repeated attempts to contact the Virginia Department of Elections regarding concerns and now the lawsuit.

After no response Wednesday, we went to the office where a spokeswoman said she would pass along our information.

In a letter the Virginia Department of Elections Commissioner did write that they didn't have legal authority to grant the request for an extension.

They also apologized that the system was unable to handle the overwhelming demand from voters.

Still, Sheba Williams with Nolef Turns, a felon advocacy group, believes the Virginia Department of Elections should be held accountable.

“Just imagine the heartbreak when you tell somebody you were able to do everything you were supposed to do, but on the states part… they don't have enough bandwidth to handle your request.”