RICHMOND, Va. — Going into the latest mayoral debate at the Altria Theatre on Monday evening, undecided voters were concerned about the same issues: poverty, crime and public schools.

The five leading candidates in the race, Levar Stoney, Jack Berry, Joe Morrissey, Michelle Mosby and Jon Baliles, made their case to the undecided voters. 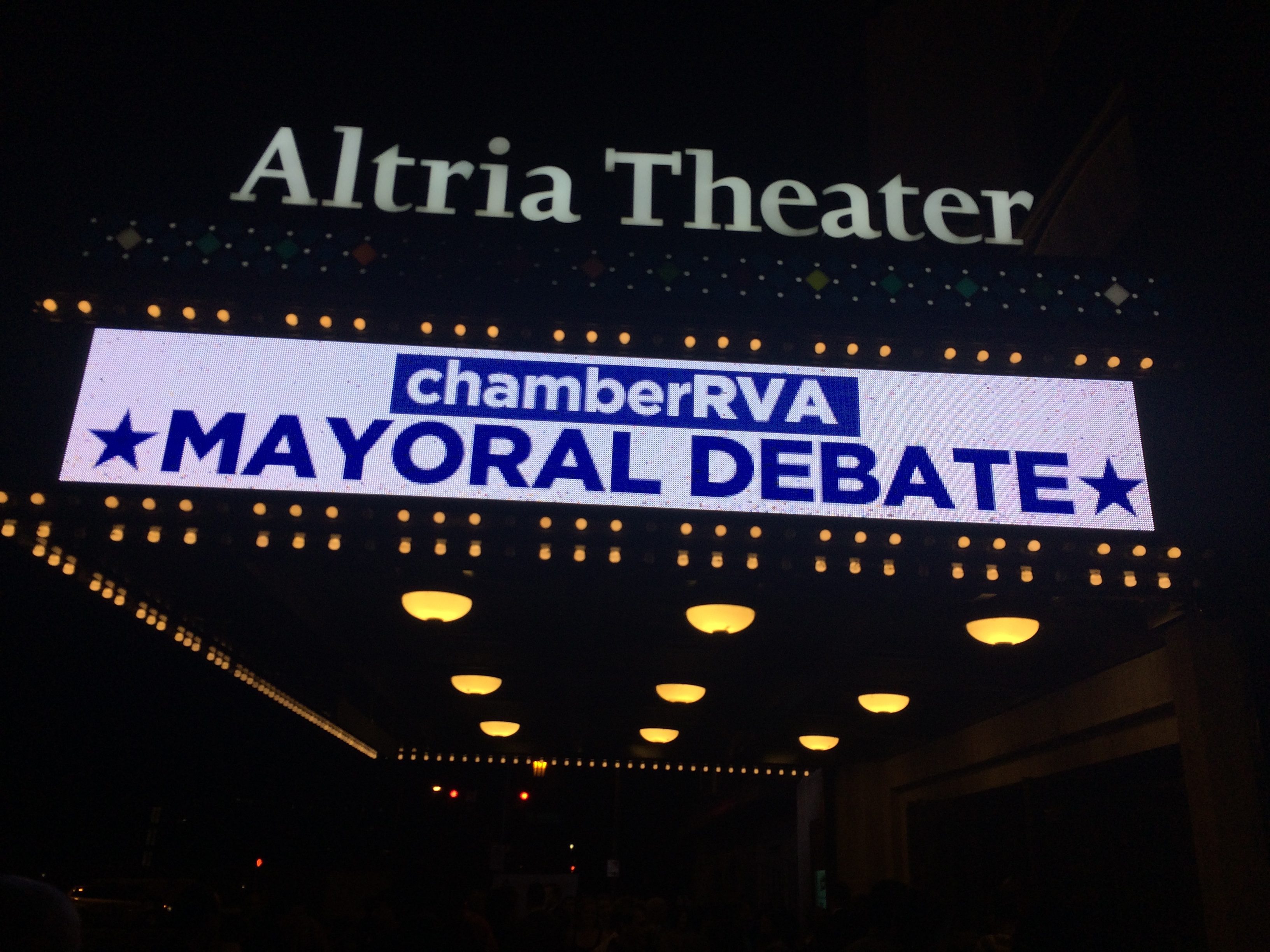 But with Election Day only three weeks away, many Richmond residents still don’t know who they plan to vote for in November. And the debate did little to change that.

“I’m still semi-undecided,” said Lonnie Boykins, who had been to three other debates. He added that Stoney and Mosby seemed to be education focused, Morrissey had strength with the people, and Berry had a strong financial backing. But Boykins still was not sure.

The debate also drew a large crowd of attendees who now live outside the city, such as former Richmond resident Vincent White. He moved to Henrico County, so that his son Jordan could receive a better education. White said he thought improving Richmond Public Schools was one of the most pressing issues.

Having gone to Richmond public schools himself, White has seen the flaws in the system and said he hoped the candidate of his choice, Levar Stoney, will be able to fix the schools.

“I see he cares, I see his background where he came from in regards to his whole spiel about free lunch and the things that he went through to get here,” said White. “So I feel like he can share the story of a lot of Richmonders whereas I’m not sure that the other candidates can do so.”

A resident of Chesterfield County, Jasmine Fallen, said that she came to see the debate to learn more about the candidates. Although she can’t vote for the Richmond mayor on November 8, she considered herself a would-be undecided voter. What Fallen knows for sure is that she wouldn't vote for Morrissey.

“I just don’t care for the whole thing with him picking up that little girl like the way he did. And it just makes me wonder if he does that as a lawyer, what would he do if he had power being a mayor,” said Fallen.

The father of Morrissey’s wife Myrna was also at the debate handing out anti-Morrissey pamphlets and t-shirts.

For some voters like Frazier Armstrong, who has her mind made up, the debate did little more than make her feel more confident in the mayoral race overall.

For others like Kathy Dowdye this was their first time hearing what the candidates had to say in person.

“I came here this evening for the sole purpose of wanting to hear about their plans and I was pleased with the moderation and I think this was a great venue for the average citizen to come, to try to make that all important decision in November,” said Dowdye.

The debate posed individualized questions to each candidate, who in turn had one minute to offer a response. A lightning round required candidates to agree or disagree with hot topics in Richmond politics, such as removing statues from Monument Avenue, and choosing between a platform of education or crime in the city.

The candidates agreed on most of the issues, including not raising taxes, and that being the mayor needs full time dedication. At the start when each candidate was introduced, Berry drew the most support from the crowd with applause and cheers.

The first question of the evening went to Morrissey about the attack ad put out by Mosby last week. Morrissey responded that people should consider his track record as a lawyer.

There were a few instances when things got heated. As Morrissey described his record in the Virginia General Assembly, Stoney repeatedly interrupted him.

“What bills did you pass, Joe?” Stoney said.

Berry was asked about his involvement with Venture Richmond and pushing for a new stadium in Shockoe Bottom even after Mayor Dwight Jones had withdrawn support. Berry said he also withdrew support at that time and described himself as a “good listener.” Baliles called that claim false.

Candidates gave mostly similar answers to questions asked during the debate and were each allowed two “wild cards” to respond to an opponent’s answer on an issue. Though billed as a debate, the event felt like past forums as little actual debating occurred and candidates were expected to remain quiet unless asked a question.

By Cydni Gordon and Amy Lee and Tyler Hammel (Special to WTVR.com)