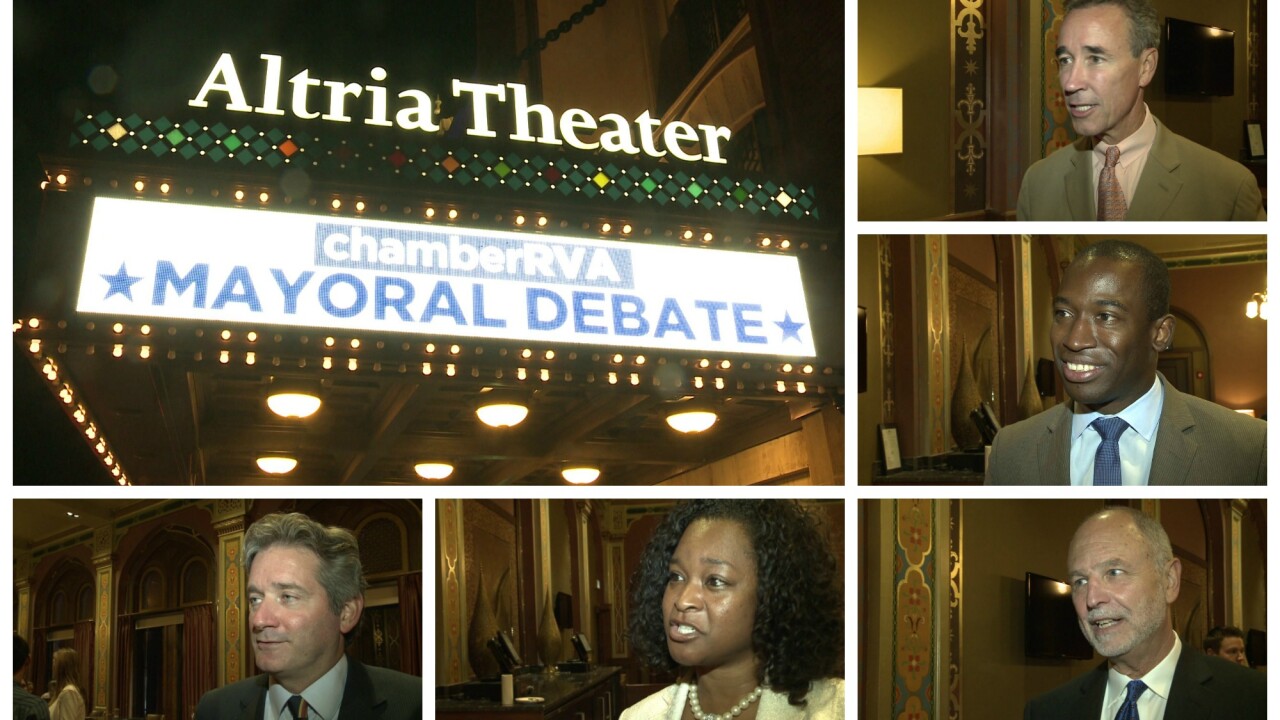 Many of the hot topics included education, crime, and small businesses.

A recent poll has Joe Morrissey leading, but found nearly 40 percent of likely voters were still undecided on who was going to get their vote.

“I know this election is important so I need to figure out who I’m voting for,” Richmond resident Maya Simpkins said.

While many voters said they felt informed about the race, but said they still don’t know who would get their vote.

"I’m still undecided," small business owner Jake Crocker said. "But the great thing about it is there’s three if not even four candidates that would improve this city."

CBS 6 caught up with the candidates after the debate. We asked each of them what they plan to do to reach undecided voters.

“We’re going to do everything,” said Jon Baliles. “From good ole fashion shoe leather, to social media, you name it, we’ll do it all.”

“We’re going to be out there going door to door, direct mail, more television, we’re trying to reach every voter,” said Jack Berry.

“Just because I’m leading in six of the nine wards, I don’t take any of that for granted,” said Joe Morrissey. “It’s going to be pedal to the metal for the last 20 days.”

“I’m going to continue to knock on doors, I think that’s a different conversation when you’re at that door,” said Michelle Mosby. “They get an opportunity to ask their particular question.”

All mayoral candidates were invited to participate in an interview with CBS 6 and so far, candidates Levar Stoney, Lawrence Williams, Bobby Junes, Jon Baliles, Michelle Mosby and Joe Morrissey have appeared.

Jack Berry is scheduled for an interview on Monday, October 24.

Mosby now responds. Saying it's not an attack but what was said in an Alford Plea. #rvamayor #chamberRva @CBS6

Berry: "We need to keep all college grads here." Says its all about making the place vibrant. #rva #rvamayor @CBS6

When asked what candidate they would add to staff, 3 said @jonbaliles 2 said @MsHelpMeHelpYou #rvamayor @CBS6 #rva

Berry: too much fighting, and too much drama during budget cycle when asked about funding for @RPS_Schools #rvamayor