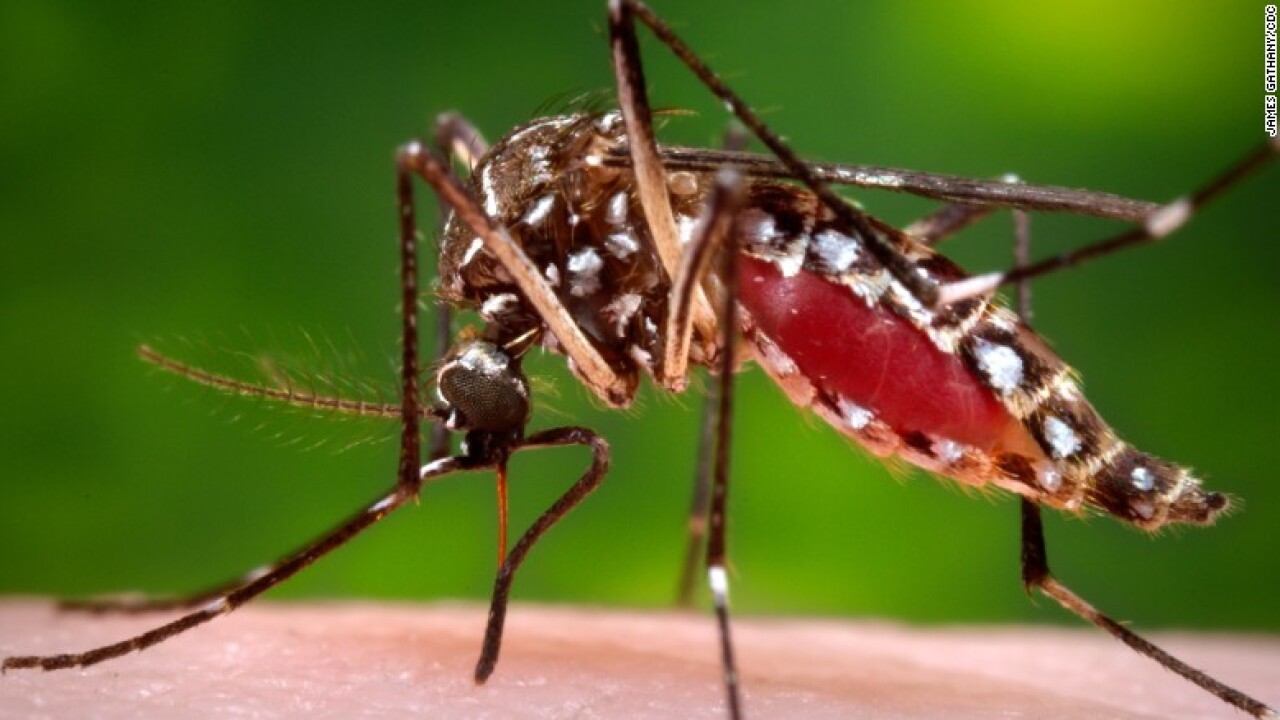 Hurricane Matthew started pounding the eastern coast of Florida as far south as Miami on Thursday afternoon. The storm has been described as historic and extremely dangerous. But there may be one benefit to the storm’s torrential rains: It could put a temporary halt on the mosquitoes that spread the Zika virus.

To date, there have been 141 locally transmitted cases of Zika reported in Florida since the end of July.

What does that have to do with a hurricane? Adult mosquitoes get washed away by heavy rain. This includes Aedes aegypti mosquitoes, which transmit the Zika virus. In the short term, from the first few days to about a week after the storm, the mosquito cycle is naturally interrupted — and that can have a beneficial effect on Zika transmission. In fact, initially after a big storm, there can be a decrease in all mosquitoes.

The first mosquitoes to reappear aren’t the types that cause a public health concern.

“We associate severe rain events like tropical events and hurricanes with increases in nuisance mosquitoes, not with disease-spreading (mosquitoes),” said Ben Beard, chief of the Bacterial Diseases Branch in the US Centers for Disease Control and Prevention’s Division of Vector-Borne Diseases.

Heavy rains and flooding wash away larvae from Zika-carrying mosquitoes’ breeding sites, such as tires, bottlecaps, bird baths and flower pots, he explained.

Another benefit: The storm is hitting late in the season. “The mosquito population naturally declines starting in September. As the season begins to change, the mosquito threat naturally begins to go down, so in this sense, time is on our side,” Beard said.

Looking ahead to the next few weeks, it’s difficult to know the risk. The CDC is continuing to work with the Florida Department of Health to monitor the situation there.

“We are watching this very closely,” Beard said. “The bottom line is that as cases are identified, mosquito-control measures are enacted. In the meantime, there is lots of mosquito surveillance to identify these populations” of infected mosquitoes.

Dawn Wesson, a professor at the Tulane University School of Public Health and Tropical Medicine, said the concern could come later.

“People who have lost their homes and are living in temporary shelter or are trying to rebuild end up being exposed to elements a lot more, and there is greater potential for them to be bitten” by mosquitoes.

That is, once Aedes aegypti and other disease-carrying mosquitoes return. When they do, infected individuals can become the target of a hungry mosquito, and that transmission cycle could start over again.

To that point, Wesson said that the most important thing to remember is for people to protect themselves against mosquito bites.

A message echoed by Beard. For that, the CDC advises wearing long sleeves and pants and using mosquito repellant when going outside. People should also remove standing water around their homes and use air conditioning rather than opening windows when possible.