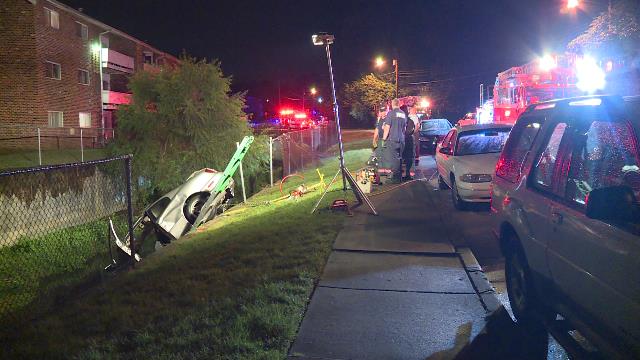 RICHMOND, Va. – A woman was unhurt after driving into a ravine in Richmond early Friday morning.

Capt. Gary Ladin with the RPD said crews received a call about a car that had crashed through a fence at 600 block of Westover Hills Boulevard around 1:55 a.m.

When officers arrived, they found the car had landed vertically in Reedy Creek.

“The victim reported that she was parallel parking when her foot accidentally hit the accelerator, causing the vehicle to lunge forward into a ravine,” Susan Rowland, spokesperson for Richmond Police, said.

The female driver was not hurt.

There has been no information from police about charges.